Major app developers make enormous sums from basic and derivative games, so why shouldn’t independent game makers like the creator of Flappy Bird do the same, asks Thomas Apperley. 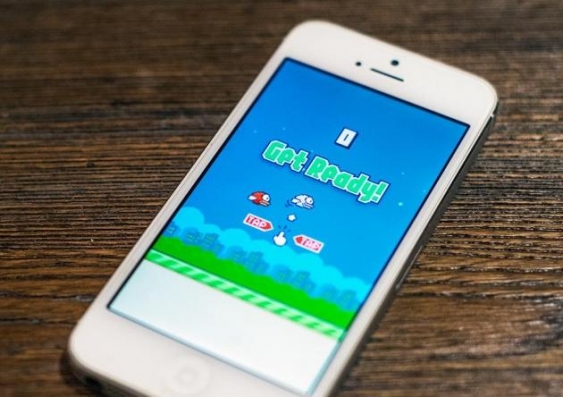 OPINION: This week the game app Flappy Bird was removed from the Apple App Store. And while the gaming press can usually be relied on to come to the defence of independent developers facing pressure from major developers, this time they fell curiously silent.

Released in 2013 by the Vietnam-based developer .GEAR, it was only in late January that a humourous walkthrough of the game went viral on YouTube. After this exposure, Flappy Bird quickly became the top-selling app in the Apple store.

Some news outlets, including Forbes and Eurogamer speculated that “legal issues” may have been at least part of the reason the game was taken down.

But Nguyen denies this. Apple says Flappy Bird was removed at the request of its creator.

The episode comes after intense scrutiny over the games design and aesthetics, which some claim were “ripped” from elsewhere. Debate was so fierce that Nguyen tweeted that the game had “ruined my simple life”.

An end to the simple life?

Indeed the attention from the games press has often been quite critical of Nguyen’s game. Commentators have even suggested that some of the coverage amounted to borderline harrassment.

Even the adulation from fans was out-of-hand. Nguyen gained over 60,000 Twitter followers in the 24 hours before Flappy Bird was removed.

The surprising success of Flappy Bird led to a large amount of commentary and scrutiny from the games industry that focused on the design, gameplay mechanics and aesthetics of the game.

Positive, negative and nuanced reviews of the game aside, a contentious issue was raised by a Kotaku opinion piece. The aesthetics of the game were deemed to be taken from the classic Nintendo franchise Super Mario.

The author later backpedalled and apologised, stipulating that the artwork was merely “lifted”. However, the influence of classic games is openly acknowledged by Nguyen on the .GEAR website, which states: “Our work is heavily influenced by retro pixelated games in its golden age.”

Nintendo one of the world’s oldest, largest and most influential game developers. For many it is a household name that is synonymous with video games themselves.

The influence of Nintendo, particular their earlier games is palpable among contemporary game app developers. This makes it seem unusual that Nguyen is being singled out for his unsubtle homage.

For example King, the developers of Candy Crush Saga, recently stirred up substantial controversy and backlash from the independent gaming press and game development community.

This occurred when they tried to trademark the word “candy”, only weeks after they had blocked independent PC game developer, Stoic from trademarking their game The Banner Saga.

Candy Crush Saga, made by highly a successful, wealthy and privately-owned game development company based in London, is considered to be an unoriginal product.

In the case of “candy”, Kings' legal strategies have been hypocritically targeted to prevent smaller independent from adopting similar unoriginal approaches to game design.

Candy Crush Saga has at best a dubious claim to originality. It shares many featureswith PopCap Game’s Bejewelled. This type of game is so common the industry has a name for it: “match-3”.

Many major app developers, like Zynga and Rovio have adopted a low-risk business model that re-uses highly generic game tropes.

Dong Nguyen can’t seem to catch a break. Flappy Bird, judged in the worst possible way, merely does what other major developers do: builds on tried and tested ideas.

Surely Flappy Bird should have become another rallying point for the games industry to once again stand up for the beleaguered independent?

Developing in the developing world

The difference: Flappy Bird, was made by a previously unknown industry-outsider from the developing world.

It is unfortunate that Nguyen felt pressured to take the game down. But howeverfrustrating it was to play, Flappy Bird’s presence at the top of the Apple store’s sales charts was a pleasant and welcome interlude.

It signals the potential of the lowered cost of app distribution to diversify the global software market, and open up software development possibilities in the developing world.

Let’s hope that Flappy Bird is a sign of things to come, a growing maturity of the video game medium and audience that embraces an inclusive culturally-hybrid game aesthetic. But for that to happen everyone needs to be judged by the same standards. “Indie” must include the developing world.

Dr Thomas Apperley is a Senior Lectuer in Game Studies at UNSW.