Opinion The Gaza bloodshed demands a proper process of accountability

The violence witnessed in recent months in Gaza will happen again unless Israeli governments and Palestinian resistance groups realise the rest of the world is serious about the rule of law, writes Anthony Billingsley. 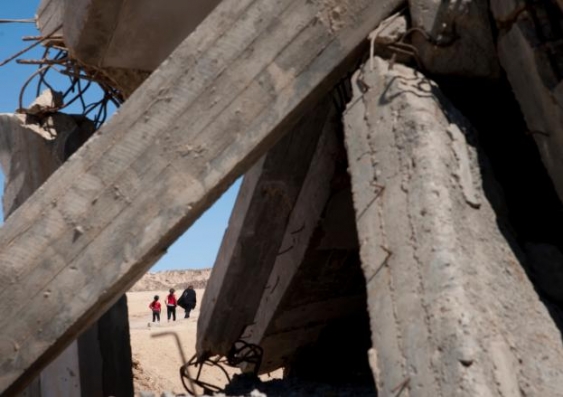 OPINION: With the August 26 ceasefire between Israeli and Palestinian forces holding, both sides have resumed their relentless pursuit of political advantage. Israeli Prime Minister Benyamin Netanyahu, Palestine Authority President Mahmoud Abbas and Hamas Chairman Khaled Meshaal have come under wide-ranging criticism for their roles in the latest carnage in Gaza.

Perhaps the only thing that will unite the squabbling parties is the prospect of being investigated by the Schabas Commission of Inquiry. The United Nations Human Rights Council (UNHRC) set up the commission on August 11. It is charged with investigating possible violations of international human rights and humanitarian law in the fighting.

The commission - comprising Professor William Schabas of Canada, Dr Doudou Diène of Senegal and Justice Mary Davis of the United States - has been asked to report by March 2015.

Schabas gets the Goldstone treatment

The commission follows a number of inquiries into violence associated with Israel’s occupation of Gaza over many years. The most notable of these has become known as the Goldstone Report into fighting between Israel and Hamas in 2008-2009.

That report outlined in grim detail actions that might constitute violations of international criminal law. It also called for international action to investigate its findings. Among the concerns the Goldstone Report raised were indications that the killings and destruction inflicted on Gaza were the result of Israeli government policy and were intended as much as collective punishment of the people of Gaza as a response to Hamas rocket fire.

The report was subjected to a sustained and organised three-pronged attack by those who seem to believe that Israeli government actions must be immune to criticism and unbound by international norms. Hamas also largely ignored the report.

It is highly likely that the Schabas Commission will make findings similar to those of the Goldstone Report and will receive the same treatment.

Indeed, signs of a reaction following a predictable pattern are already discernable. Claims that the Human Rights Council is biased against Israel have been made. This is demonstrably unjustified. While the process is not perfect, under the UNHRC Universal Periodic Review all countries’ human rights records are monitored and criticised where appropriate.

No one has protested at the council’s decision to investigate the activities of the so-called Islamic State in northern Iraq. In the case of the Schabas Commission, the council’s mandate does not single out any party for attention. The outgoing UN High Commissioner for Human Rights, Navi Pillay, suggested that Hamas, other armed Palestinian groups and the Israeli military may have violated international human rights and humanitarian law at various stages of the conflict.

It is hard to see how anyone could suggest that death and destruction on such a scale does not warrant thorough investigation. Sadly but not surprisingly, the United States was the only member of the Human Rights Council to vote against the establishment of the commission. Members of the US Congress have begun trying to discredit the investigation.

Another feature of the reaction to the Goldstone Report was to “target the man”. This was done brutally with inquiry chairman Richard Goldstone. Already, public comments critical of the Netanyahu government by Schabas have been brought up in an attempt to impugnhis professionalism.

Refuse to cooperate, then call it ‘biased’

The third response is for the Israeli government (and Palestinian authorities more selectively) to refuse to cooperate with the inquiry. The next step is to complain that its report is imbalanced because it does not take Israel’s perspectives into account. This tactic was employed with some effect against the Goldstone inquiry despite his repeated attempts to engage with the Israeli government.

The Israeli government has announced that its military will investigate two incidents that have provoked widespread international criticism. These are the killing of four young Palestinians playing on a beach and of 15 civilians sheltering in a UN-run school that came under attack by Israeli forces.

It is inappropriate for the Israeli military to investigate itself and likely that nothing substantial will result. Similar investigations into incidents raised in the Goldstone Report failed to address the extent of the killings and the impression that senior military and political officials were at least complicit in what took place.

This latest announcement is probably intended to justify an Israeli refusal to cooperate with the Schabas Commission, to head off the (unlikely) possibility of the International Criminal Court taking up the case and to provide a basis for Western governments to refrain from supporting the commission’s work.

Condemnation counts for little without law

The magnitude of Gazan suffering over many years, but especially during the recent fighting, cries out for a professional investigation of events such as the shelling of United Nations schools and other facilities. The governments of nations such as Australia, the United States, Britain and France loudly condemned these acts. Suggestions that Hamas stored weapons in non-military sites must be properly investigated too.

It would be a tragedy and an indication of our cynical contempt for the rule of law in international relations were we to fail to support the work of the Schabas inquiry. The international community should press all parties to cooperate fully with the commission.

Such violence as we witnessed in recent months will happen again unless Israeli governments and Palestinian resistance groups realise that the rest of the world is serious about the rule of law, that we reject the resort to force and that we demand respect for the value of human rights, especially of those under occupation. The Schabas Commission offers a way to make these points clear and to break the cycle of violence.

Anthony Billingsley is a Lecturer, School of Social Sciences and International Studies at UNSW.

Are we stumbling towards a war with Iran?