Julia Gillard has achieved a significant foreign policy coup in China, although progress has stalled on a bilateral free-trade agreement, writes Laurie Pearcey. 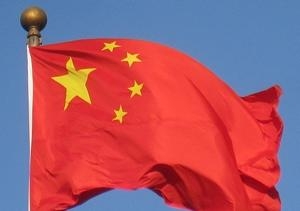 OPINION: If you believe the opinion polls, Julia Gillard has had a very busy week in China setting the China policy direction and institutional framework for a future Coalition government.

Tony Abbott must be delighted that by virtue of Gillard’s heavy lifting in Beijing, within 12 months of snaring the keys to The Lodge, he will be granted a guaranteed audience with some of China’s most powerful leaders.

An Abbott government would join an elite group of Russia, Japan and Britain to enjoy such high-level access to the inner circle of the Chinese Communist Party.

It seems even Dr. No himself has been curiously silent on this one.

Putting the politics to one side, the Prime Minister has presided over one of the most significant foreign policy coups in Australian political history.

The new annual bilateral dialogue with China delivers perhaps the most important and potentially game-changing breakthroughs in Australian foreign policy since the creation of the ANZUS alliance.

The new dialogue evolves around high-level involvement from three of China’s most powerful government posts including the Premier, the Foreign Minister, and significantly, the incumbent chair of Beijing’s all-powerful economic planning agency, the National Development and Reform Commission (NDRC).

All this is coming from a Prime Minister who, on her inaugural overseas visit, publicly declared that she had little interest in foreign policy.

Yet John Howard’s time in office shows that prime ministers shy of the international limelight can make great leaps forward and very much grow into the portfolio.

What makes this week’s announcement even more remarkable is that Julia Gillard inherited a Sino-Australian relationship on the brink of crisis from her Mandarin-speaking former diplomat predecessor.

China observers held such high hopes for our Sinophile PM.

Australia had well and truly come of age when the then Opposition Leader welcomed China’s President to the Sydney APEC summit in Mandarin.

Yet Rudd presided over some of the darkest years in the history of the bilateral relationship.

From famously telling journalists covering the Copenhagen climate negotiations that those “Chinese ratfuckers are trying to rat-fuck us”, to advising Hillary Clinton that it was in Washington’s interests to prepare for armed conflict with China, or criticising China’s human rights record at a public lecture in Beijing, history tells us that Rudd was very much our false messiah.

These self-inflicted wounds were not helped by a freakish combination of external forces along the way. The arrest of Rio Tinto executive Stern Hu, the Uyghur independence activist Rebiya Kadeer’s visit to Australia and the collapse of Chinalco’s bid for Rio all happened under Rudd’s watch.

That Gillard has been able to bring relations with Beijing back from these historic lows and announce a coup of the magnitude this week is really nothing short of spectacular.

So what can Australian companies expect from this new architecture?

While Gillard can proudly claim to have snared a trifecta encompassing the Chinese premier, foreign minister and NDRC boss, the reality is that the new dialogue will be an optical reconfiguration of existing bilateral meetings, of which some are institutionalised and others have taken place on a more ad hoc basis to date.

Australia has been relatively lucky to enjoy at least one top-level Politburo Standing Committee visit every year in recent history and the Treasury-NDRC dialogue has convened formally on four occasions.

It is unusual that a year goes by without a meeting between the Australian Prime Minister and the Chinese President or Premier either in China or Australia or regularly at bilateral meetings on the sidelines of major international conferences such as the G20.

What’s missing from the Prime Minister’s visit is any substantive progress towards a bilateral free-trade agreement, which has been stuck in negotiations for more than eight years and shows no signs of a conclusion.

It will be interesting to see whether there is any room to elevate FTA negotiations as part of the new architecture or if the FTA will remain consigned to tedious negotiations between DFAT and Ministry of Commerce bureaucrats.

Economic modelling demonstrates that an FTA would deliver a consistent 0.7% boost to Australia’s domestic GDP over two decades.

The FTA would provide real benefits to both countries and would be a tangible legacy to the relationship to sit alongside our new bilateral architecture.

Julia Gillard has given Tony Abbott the ideal platform to deliver an FTA on a silver platter. Corporate Australia should be waiting for a decisive outcome in the first term of the next government.