It is important for Australia to get a front row seat in China so soon after the dust has settled on the country's new leadership, writes Laurie Pearcey. 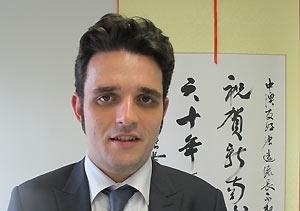 OPINION: It is surely one of history's great ironies that Richard Milhous Nixon, champion of the McCarthy era and fierce anti-communist, is remembered with great fondness and nostalgia in China as America's finest statesman.

With this week's Newspoll showing the Gillard government still destined for electoral oblivion, it's not too cheeky to ask how Sino-Australian history will remember the Gang of Four Labor frontbenchers finishing up their six-day visit to China.

That three of her cabinet colleagues and no fewer than three business delegations accompanied the Prime Minister demonstrates to Beijing that Australia is well and truly committed to the bilateral relationship.

This stuff matters in the world of Chinese diplomacy.

When Xi Jinping last visited Australia in 2010 he was accompanied by a retinue of ministers, vice-ministers and a business delegation of more than 300 company executives from the length and breadth of China's provinces and powerful state-owned enterprises.

The currency convertibility deal announced by the Prime Minister in Shanghai this week is a tangible and substantive initiative the government can rightly point to beyond the powerful optics of her delegation.

Allowing direct convertibility between the Aussie dollar and the yuan will cut the cost of doing business and will be welcomed by more than 5000 Australian companies exporting to China that otherwise struggle with the effects of a high exchange rate.

It is exactly the type of detail that was missing from the Asian Century white paper and the government deserves full credit for pulling this off.

Importantly, the Prime Minister has also raised the stakes in security ties with Beijing and has set the scene for unprecedented joint exercises with the People's Liberation Army.

Few recognise that Australia sits alongside Pakistan as one of only two nations in the world to enjoy a high-level defence dialogue with China. These links will be critical in developing a robust engagement with China and hedging our bets in perhaps what is this century's greatest display of great power politics.

Julia Gillard has also avoided a repeat of Kevin Rudd's spectacular faux pas, where the Mandarin-speaking China expert publicly lambasted Beijing on its human rights record in the midst of his 2008 visit.

The big piece that's missing from this visit is any substantive activity related to the stalled Australia-China Free Trade Agreement negotiations, which have been in limbo since the Howard government launched the process eight years ago.

While mention of the FTA has attracted sniggers and been the subject of some derision in company boardrooms for some years, it is important to put these challenging negotiations in some perspective.

Both countries have vastly different economies than when negotiations began in 2005 and there is a lot more at stake.

Today China is jostling with the United States for the position as the world's largest economy and China's insatiable demand for Australia's bulk commodities underwrites the lion's share of today's $125 billion in bilateral trade.

Negotiating access for Australia's agriculture and services industries will be no easy feat and it will be equally challenging for both countries to overcome the politics of foreign investment and, in China's case, the dominance of its state-owned enterprises.

The Prime Minister understands these challenges will only be overcome by the creation of robust bilateral architecture that supports regular high-level dialogue and she is right to proactively pursue an institutionalised leaders' summit as part of her visit.

It is important for Australia to get a front row seat so soon after the dust has settled on China's new leadership. No one should underestimate the appetite from all over the world to play the game in Beijing at the moment.

Yet the Chinese must be wondering what the Sino-Australian future will hold after the federal election.

Xi will remember only too well the installation of Gillard as Labor leader when he flew out of Darwin on June 24, 2010.

The Chinese will be just as confused as the good burghers of Griffith when Rudd zipped out of the leadership challenge last month.

Chairman Mao famously asked Nixon if it was a cultural revolution that swept him from office when the former president went to Beijing to say his farewells to the ailing Chinese leader in 1976.

One wonders how Julia Gillard will answer a similar inevitable question on her next visit.