Opinion Giving out flowers on TikTok: is this a 'random act of kindness' or just benevolent ageism?

When Maree was given flowers by a TikTok influencer, she felt ‘de-humanised’ and reduced to her age. Here is how benevolent ageism shows up in our society. 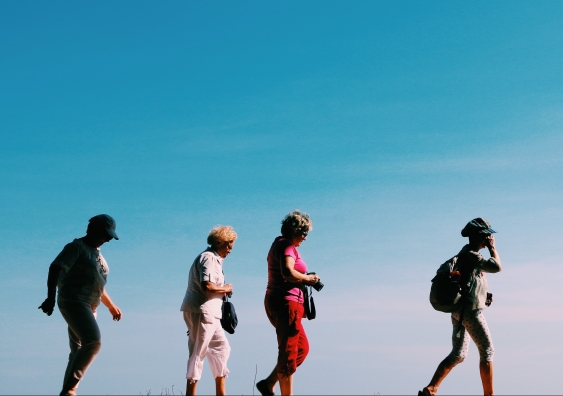 In the media, individuals over 60 are often depicted as a homogenous group of elderly people. Photo: sk/Unsplash.

In June, 22-year-old Harrison Pawluk filmed himself staging a “random act of kindness”, giving a bunch of flowers to an older woman sitting alone in a Melbourne food court.

His video went viral on TikTok, attracting 57 million views within a week.

Comments on the post included, “when she started crying, I couldn’t hold it back” and “wow that was so beautiful I swear I would cry”.

Acts of kindness can boost wellbeing for the giver, the recipient, and even the viewers of selfless acts. Social media influencers have found ways to commodify this by presenting them as random and unexpected.

But this gesture was interpreted by Maree, the woman targeted for the video, as an artificially staged production that left her feeling “dehumanised” and like “clickbait” for tabloid fodder.

In the media, individuals aged over 60 are often depicted as a homogeneous group of elderly people who lack personality, social identity or individuality.

It’s not just a “random act of kindness”. Pawluk’s actions – and some of the media coverage – unearths a much bigger problem of “benevolent ageism”.

What is benevolent ageism?

When we talk about ageism, people often think of overt acts such as older people being explicitly told they are dressed “inappropriately” for their age, or an employer refusing to hire someone for a job because of their age.

But not all ageism is overt. “Everyday ageism” is a more subtle yet pervasive component that informs our impressions of older people. This could be assumptions about what older people’s preferences are because of their age group, or that by a certain age most people should be “slowing down”.

Benevolent ageism is where these every day biases manifest in the belief that older people need special “help” or “support”. 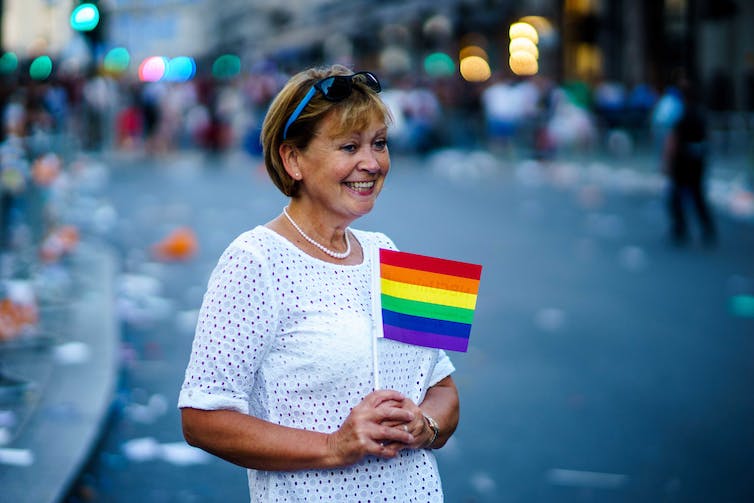 Everyday ageism might manifest in assuming someone’s politics because of their age. Photo: Rene Böhmer/Unsplash.

Benevolent ageism manifests in the way people sometimes use pet names or baby talk to address older people; an emphasis on pitying people above a certain age; or the importance placed on “protecting” older people during the COVID pandemic.

Commenters on Pawluk’s video said “[the flowers] made her feel so good and it looks like she might have needed it”, “she is so cute” and “I miss my grandma!”.

Benevolent ageism leads to false assumptions or inaccurate and limiting stereotypes about older people being “warm but not competent” and lacking individuality.

In Pawluk’s video, Maree is framed as being sad and alone. Speaking to ABC Radio, Maree expressed frustration at being presented as “the elderly woman who drank a takeaway cup of coffee”.

“It’s the patronising assumption that women, especially older women, will be thrilled by some random stranger giving them flowers,” she told the ABC.

Our own ageist biases can show up in everyday judgements we make about people’s capacity to work, how they dress or whether they are in need of assistance or attention because of their age.

Ageist characterisations are culturally reinforced by media portrayals, and have the effect of categorising “older people” – particularly women – as being lonely and in need of pity. 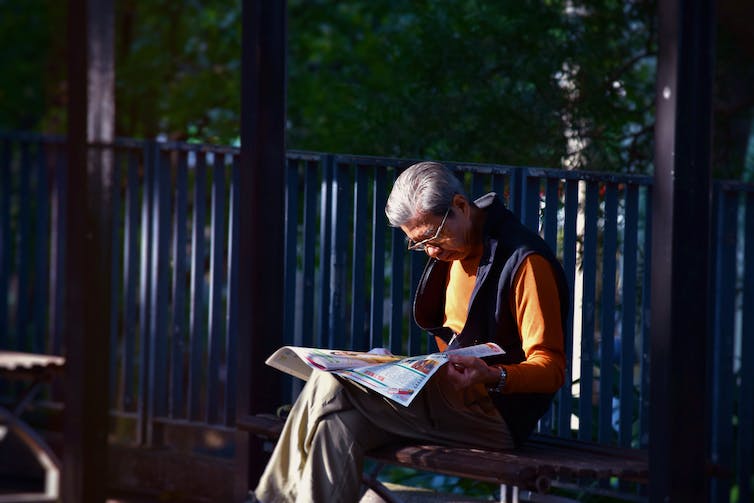 Just because an older person is alone, this doesn’t mean they are lonely. Photo: Mark Hang Fung So/Unsplash.

A recent report from the World Health Organization shows one in every two people shows moderate to high levels of ageist attitudes, with their definition of ageism encompassing stereotypes (how we think), prejudice (how we feel) and discrimination (how we act) towards others or oneself based on age.

The Australian Human Rights Commission found that 90% of Australians agree that ageism exists in Australia.

Internalised ageism, in which we unconsciously hold these own ageist attitudes against ourselves, negatively impacts our functional health as we age and can even shorten our own lifespan.

These TikTok random acts of kindness can have the unfortunate overtone of the twin prejudices of ageism and sexism. Older women targeted in this way can be left feeling like their identity is reduced to being just an older lady in need of pity.

When interviewed by The Project, Pawluk apologised to Maree. He claims he does not target people based on their age.

But the assumptions made about Maree – and other women to whom he has offered flowers – are embedded in age-old stereotypes about older women: that they are sad or lonely, and in need of support. 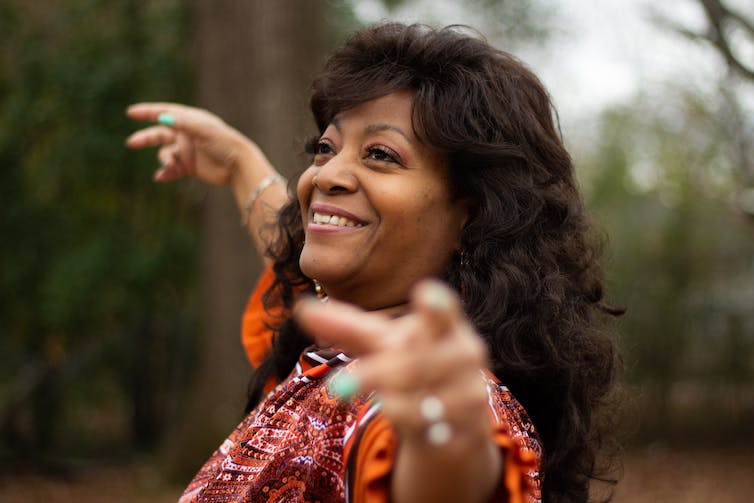 There is nothing wrong with greeting another person regardless of their age. But the framing of this TikTok video is a clear example of ageist stereotypes manifesting as a show of concern.

Much of the news reporting and comments surrounding the event were also examples of everyday ageism. The Daily Mail described the video as a “heartwarming moment [where] a total stranger gives an elderly woman a bunch of flowers before she bursts into tears”.

Although likely not the initial intention of the gesture, this social media craze of capturing supposed “random acts of kindness” can have the undesired effect of diminishing the perceived social value of the target to whom the protagonist is trying to show kindness.

We should take this as a moment to pause and address our own unconscious biases and our subtle forms of everyday ageism of the benevolent kind.

New UNSW research on ageing to use Apple Watch and iPhone

Feeling unsettled about the climate? You might be experiencing eco-anxiety