There are currently more recorded refugees than any point in history, most of whom live in cities that are not equipped to handle their unique experiences and needs. 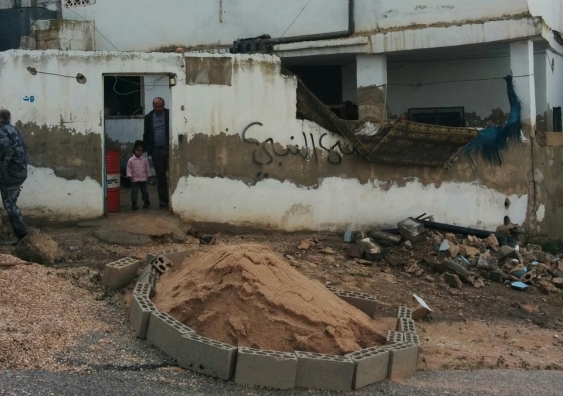 There are 1.4 million Syrian refugees in Jordan, most of whom live in cities.

UNSW Sydney, in conjunction with the United Nations Refugee Agency and Australian Red Cross, has launched an international ideas competition to find innovative ways to improve the lives of refugees in the city in the short, medium and long term.

The Cities and Refugees Global Student Design Ideas Competition seeks ideas for meaningful physical interventions that engage refugees in cities through new or repurposed buildings, infrastructure, and the use or reuse of public space. The design interventions must result from the consideration of ‘non-physical’ issues such as social engagement, integration, livelihoods and governance. Intervention(s) should capitalise on what the city has to offer, for example the sharing economy, employment opportunities and diversity.

Professor David Sanderson, Inaugural Judith Neilson Chair in Architecture and lead for the UNSW Grand Challenge on Rapid Urbanisation, said the competition is designed to encourage students to search for answers to a real-world problem. 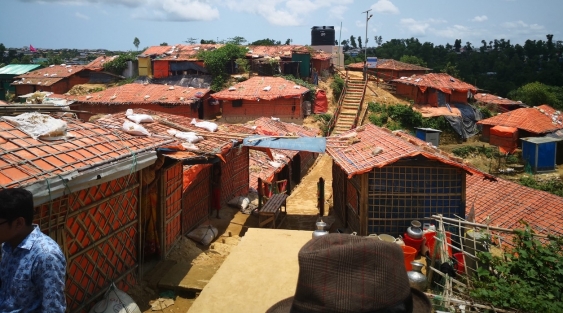 Rohingya people who have fled persecution are living in Cox's Bazar, Bangladesh.

“This is a particularly complex area of engagement, where ‘solutions’ are hard to find, and where design-only interventions have not succeeded,” said Professor Sanderson. “Yet, the need for exploring and identifying meaningful ways to engage refugees in cities has never been greater.”

Last week the UN Refugee Agency UNHCR announced that there are some 70.8 million forcibly displaced people – about half of those are children. It is estimated that 25.9 million people escaped to other countries, and as a result became refugees. In most cases, refugees do not live in camps but rather live in cities and suburbs across the world – forced displacement is now an urban phenomenon. Globally, more than 60 per cent of forcibly displaced people live in cities, a number that is as high as 90 per cent in some countries.

“There are more recorded refugees right now than in any point in history,” said Professor Sanderson. “The aid system is not set up to the handle the migration situation, especially in cities. We need to show students that the issue is not around tents. It is around engaging people in the city and helping those who may well have been traumatised and who are dealing with real issues.”

'The need for exploring and identifying meaningful ways to engage refugees in cities has never been greater.'

Refugees living in cities encounter a range of challenges, which including being uprooted from their homes (often being forced to leave everything behind); moving to a foreign country, in many cases encountering a dangerous journey to do so; discrimination on arrival due to race, ethnicity and/or religion and being unable to find a job and therefore trapped in poverty.

“Cities throughout history have been formed by influxes of people,” said Professor Sanderson. “One of the major challenges for the first half of this century will be the assimilation of forcibly displaced people into cities in ways which create healthy and equitable living places for all, in the short, medium and long term.”

The competition registration closes at midnight (AEST) on 20 July. To register, email your name, course discipline, institution and the country where your submitting institution’s main campus or office is based to compinfo2019@unsw.edu.au.

The competition submission date is August 10, 2019, midnight Sydney time. Winners will be announced at the APRU Sustainable Cities and Landscapes conference on August 29.