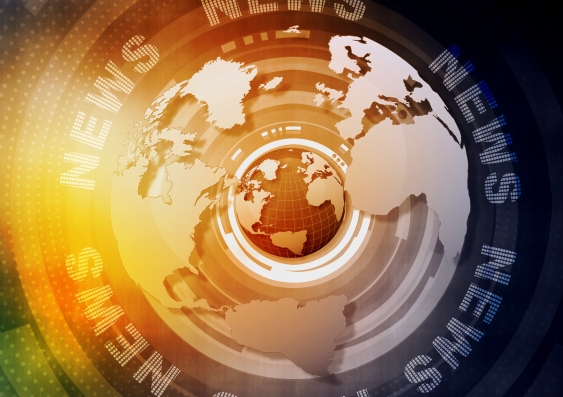 OPINION: There’s an old saying in journalism: “All news is local”. It means that news, wherever it comes from, needs to engage the interest of its local audience if it is to succeed. But read today’s paper, or turn to the nightly television news broadcast, or just check your phone right now, and it’s clear that things have changed. All news now has the potential to reach a global audience.

The Canadian media ethicist Stephen JA Ward, currently visiting Australia, says it’s time our journalism developed a global ethic to match its global reach. With the power to impact and influence, he argues, comes a global sense of responsibility.

It’s worth noting that Canadians have punched above their weight when it comes to understanding the transformative power of media in the modern and postmodern worlds. Ward’s countryman, the late Marshall McLuhan, gave us the concept of “The Global Village”. In 1964, with stunning prescience, the Edmonton-born communications scholar wrote:

Today, after more than a century of electric technology, we have extended our central nervous system itself in a global embrace, abolishing both space and time as far as our planet is concerned.

Fast forward to Australia’s federal election this month. From the cliffhanger emerges Pauline Hanson, newly empowered by electoral success. If there’s a hot button issue, Pauline has an opinion about it. Pretty soon quotable quotes – some deeply offensive to ethnically diverse Australians – are pouring forth, and getting noticed by international media like The Times, The Financial Times and The Telegraph.

The world is reading, watching and listening. Asia remembers that although Hanson 2 has turned her ire upon Muslims, she began her career by warning that Australia was in danger of being “swamped” by Asians. In the case of international education, as swamps go, it’s quite a lucrative one. Educating students from around the world is Australia’s third largest export income earner, and the overwhelming majority of those students come from – you guessed it – Asia.

So, not surprisingly, Singapore’s The Straits Times recently noted of Hanson, “In this election, she has focused her attacks on Muslims, but she has not renounced her claims that Australia needs to limit Asian migration.” The subtext, delivered with subtle restraint, is that billions of dollars are at stake.

What is globally-minded journalism?

As I tell my students ad nauseum, journalism matters. Without it, nobody knows what is happening elsewhere. By its very nature, journalism speaks to that part of the human psyche that craves connections with, and knowledge of, the world around us.

It’s partly for these reasons that I find Ward’s work in such books as Radical Media Ethics: A global approach (2015) persuasive. He argues that, in a global, media-linked world where stories cross borders and can inspire positive change – but also incite massive violence – we need globally-minded journalism.

Like all big ideas, there is a lot to unpack. The concept of global values is itself a hornet’s nest of post-colonial anxieties and discontents. But Ward sensibly builds his argument about the need to transcend parochialism in journalism on a solid philosophical and political foundation, as embodied in the existing, internationally binding Universal Declaration of Human Rights adopted by the United Nations in 1948. If journalism is to recalibrate its moral compass this might not be a bad place to start.

Journalists are, by inclination and occupation, sceptical. One can imagine eyes rolling in newsrooms around the world at the idea of journalists becoming “global communicators promoting humanity”. But Ward’s injunction that, when a global issue is at stake, journalists should approach it with a broader global view that includes multiple perspectives, and inconvenient counter-facts is, in fact, an enlargement of existing journalistic values.

Yet, in other ways, the digital revolution that has made global journalism possible also challenges traditional journalistic values, or at least the way they have come to be practised. The disastrous 2003 U.S.-led invasion of Iraq was a kind of media “Waterloo” in this respect.

In When the Press Fails: Political power and the news media from Iraq to Katrina (2007), the American communications scholar Steven Livingston (another recent visitor to this part of the world) and his co-authors show how news journalism’s concept of “balance”, and journalists’ desire to maintain access to politicians, blunted what should have been strident, sceptical journalism in the public interest.

Digital disruption calls into question the value of journalism that’s based on a narrow range of sources, when social media and big data potentially offer deeper insights than the “usual suspects” approach.

The good news is that digital journalism has given us more vocal, more demanding audiences. The roar of a public slighted stings much more than an adverse Press Council ruling, and the clamour on social media when journalists get things wrong can be deafening.

Media criticism – already a spectator sport, thanks to ABC offerings like Media Watch and The Media Report – is a publishing phenomenon as well, a recent example being Sonya Voumard’s The Media and the Massacre (2016), reviewed in this column earlier in the year.

Journalism ethics must, therefore, do more than highlight wrongs and point out the tensions between old and new media. It needs to re-invent itself for a new media age. It must decide which principles can and should be preserved, and whether some longstanding ideas are no longer tenable. Ethics are not etched on tablets of stone. If the purposes of our work, and how it is funded, and the methods we use to perform it change, ethical principles can and do evolve to meet the changed realities.

2016 has been a big year for news media ethics in Australia – big in all the wrong ways. The 60 Minutes bungled child abduction case, ABC program Catalyst’s reporting on the alleged health impacts of wi-fi, and The Sydney Morning Herald’s misinformed commentary about an alleged outbreak of pack rape in Sydney’s west got blanket coverage. However, as Ward points out, when citizens complain about their news, they mention bias, inaccuracies, and sensationalism, but they rarely mention parochialism.

Localism, of course, has its merits. Many publications, including suburban freebies, community newsletters or regionally-focused blogs, survive and prosper by speaking to local issues and concerns. A furore over changes to zoning regulations in, say, Bathurst, New South Wales, is unlikely to interest citizens of Bangladesh, but in Bathurst it cuts through.

There is, then, a sumptuous irony in the fact that the battle for globalism, if it is to be won, must be fought locally. This debate takes us into notions of what is sometimes referred to as “glocalism”. But that’s another story.

From the perspective of non-fiction writing as a whole, the prospect of having a greater diversity of voices, a wider evidentiary base, and the chance to engage the largest possible audience, is hard not to like. Certainly, if Stephen Ward’s ideas were to be widely embraced, reporting of such issues as terrorism, finance, Islam and climate change would be very different from what we have today.

If globalisation continues, and our McLuhan-esque world continues to shrink, then media ethics will evolve towards the globalism of which Ward dreams; that is, towards a world in which global values trump parochial values when they conflict.

Stephen JA Ward will deliver a free public lecture at the University of New South Wales in Sydney on Tuesday 26th July at 6.00 for 6.30 pm.