Opinion The God phenomenon and other polemics on death

The only thing surer than death and taxes is attacks on death. Alex Broom and Emma Kirby survey the polemics and platitudes of the assisted dying debate. 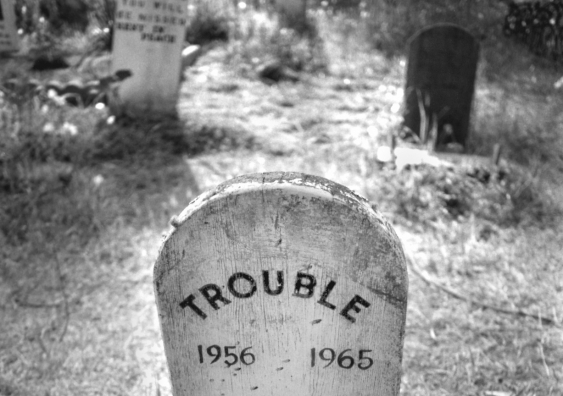 With Dr Philip Nitschke torching his medical certificate, Andrew Denton spearheading a push for voluntary assisted dying and shows such as Q&A and Dateline zeroing in on end-of-life issues, mortality is once more front and centre in Australia.

Problem is, many people are hunkering down in the same old territories.

Let’s canvas some of the positions occupied over the past few weeks. Let’s also be clear what we are referring to here – voluntary, physician-assisted dying.

We’ve heard this one regularly – if one dares to raise the issue of assisted dying, the response is, “but it’s a slippery slope though isn’t it?”. Is it? Like marriage equality or civil rights or feminism or environmentalism perhaps? Slippery suggests an impending moral breakdown or a threat to civilised society.

But a bad death is not civilised and the debate over rights should not be killed off by fear of change.

This response becomes even more tricky to navigate when our slippery slope provocateur raises what we might call the vulnerability problem or ‘partial citizen’ argument. This usually takes the form of “But, what about those who are mentally ill or disabled, wouldn’t it risk them being euthanised?”. We have some sympathy with this anxiety – that legislating assisted dying may lead to a subtle weeding out of those not considered ‘healthy’, ‘not contributing’ to society – those considered ‘a burden’.  That it wouldn’t be long before we slipped towards eugenics and infanticide, and a kind of Machiavellian dystopia; or indeed a consumerist model where voluntary euthanasia becomes an easily accessible option for all.

The problem with the slippery slope argument is that it often merely encourages safety in the status quo and reflects a fear of change. The reality is voluntary, physician-assisted dying is fear-inducing when adequate policy, legal frameworks and practice guidelines are not in place. So, it’s actually a slippery slope when not legislated, when it happens behind closed doors, and when it is allowed to remain a deviant, ‘backstage’ activity.

What is dangerous is the current environment whereby a) it regularly occurs and b) people are not protected by well resourced, legal and evidence-based guidelines for when, where and for whom this is appropriate. If anything, progressive legislation protects people from the very immoral acts that the slippery slope proponents fear.

This argument can serve to prevent transparency and discussion around physician-assisted dying, and lets fear drive the direction of the debate.

The other side of the coin is the frustration we regularly hear around the futility of what we put people through. This is often articulated as “You know, I wouldn’t treat a dog like that”. This has been a frequent response in our work with cancer patients themselves who feel that they have no recourse to help when dying. Like these patients, it’s clear that many Australians see the current situation as reinforcing a double standard in terms of our willingness to tolerate suffering in humans but act quickly with animals, or at least, our beloved pets.

This raises serious questions about the value and ‘naturalness’ of human suffering. It also raises the question of whether we are humane to animals but inhumane to humans. This is related to human exceptionalism, as we may call it, which (somewhat paradoxically) privileges human life over animal life and allowing us to morally euthanise animals but not humans.

Much of this, we would argue, is tied to the ‘God phenomenon’.

Make no mistake, religious beliefs are highly influential in how we are allowed to die, regardless of what (or whether) we believe. Consider, in 2009, when Pope Benedict XVI stated, “Euthanasia is a false solution to the drama of suffering” (Baklinski, 2009). This very basic statement reflects the wider influence of religiosity in shaping what the medical profession will allow, what the State supports, and what many of us believe is okay.

The slippery slope argument, for example, or indeed, the idea of human exceptionalism, relates to the belief that there is unique purpose and meaning in human death and dying. The assumption that often follows this logic is that some degree of pain is probably inevitable and even a rite of passage – a painful path to a better place – with suffering part of a natural dying process.

As shown in our own work, such perspectives can creep in to palliative care settings, where there can exist a confusing mix of medical practice and beliefs. For many people, this may be an important belief and we don’t argue that it is necessarily wrong. The problem is that Australians, on a population level, are decreasingly religious, and much of the population see such views of the dying process as problematic; and that we should be able to choose our exit from this world.

The response within medicine to this debate has been interesting and at times concerning. You can access to AMA position here. Essentially their current (and largely unchanged) policy is that medical practitioners “should not be involved in interventions that have as their primary intention the ending of a patient’s life.” The response of the medical professional has been to attempt to allay our fears of a painful and prolonged death through raising the profile of palliative care.

Advocates, including peak Australian palliative care organisations, have been steadfastly against any form of assisted dying, based on the notion that the desire to end one’s life is strongly correlated with a lack of good care in the end.

It is certainly true that many people could receive better care than they do at the end of life, and that better availability of palliative care services would go some way to enabling better (or less worse) deaths. Excellent palliative care may also reduce people’s desire for a hastened death. It’s obvious that well-resourced palliative care will dramatically improve how many people die, and that Australia has a long way to go in this regard.

However, this doesn’t mean palliative care is always the solution, and there are limits to what palliative care can do. Dignity, for example, is a very personal and subjective experience and while palliative care advocates may argue that a peaceful death is possible for all, the realities of terminal sedation, for example, may not meet everyone’s criteria of dying with dignity.Palliative care might not always be able to provide a ‘good enough death’; an exit from this world that is aligned with a person’s preferences, and afford an acceptable level of dignity to the dying person and their family.

The push for additional resources for palliative care has subtly made its way into the assisting dying debate.  But we must be careful not to conflate the desire and value of assisted dying and the paucity of good quality palliative and end-of-life care.

Where are we now?

The issue of physician-assisted dying has become increasingly clouded by professional ambitions, religious beliefs regarding the sanctity of suffering, fear of the unknown, and the grab for resources.

So where are we now? Much of the divisive debate reigns supreme. There has been slippage into arguing over the details rather than the core issues – the importance of fostering dignity and the right to a ‘good enough’ death. These are personal, private matters and not to be decided by one or two powerful stakeholders in our society, and one model of dying does not fit all people.

Importantly, there presently exists a distinct lack of diversity in formally available choices; there is no protection for doctors who informally agree with and participate in assisted dying; and we do not have the right to die in a manner of our own choosing – at least in formal care settings.

Let’s not let the debate get hijacked by vested interests, but rather focus on supporting dignity, progressive legislative changes, and facilitating informed choices for those who are dying and their families.

Alex Broom is Professor of Sociology at the School of Social Sciences at UNSW. He specialises in the sociology of health and illness, with a current focus on issues related to cancer, palliative and end-of-life care; death, dying and bereavement.

This article first appeared in Croakey.

End-of-life care should focus on quality of life, not prolonging it

Australians are addicted to antibiotics: a modern fetish without a long-term plan

Doctors still provide too many dying patients with needless treatment