Opinion Gonski’s legacy and the policy soup: does the political process matter?

The Gonski Review has set ideas in motion about education that will be difficult for any government or group to stop, writes Leila Morsy. 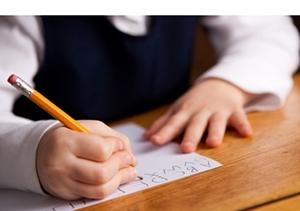 OPINION: It’s now more than three years since the government’s proposed changes to our school funding system began its long and bumpy road. A review was commissioned. Policy written. Deadlines for states to sign up to the reforms were set, passed, reset, and extended again.

The name of the policy has changed. We’ve had three major leadership changes with two prime ministers. And as this has been unfolding, researchers, policymakers, teachers, school leaders, parents, and students have tried to decipher what this moving policy target would mean for them.

The Gonski Review of Funding for Schools found that our current funding system is inequitable, opaque, and needlessly duplicates funding in certain areas. It proposes to fund schools and students on the basis of need, taking into account average measures of disadvantage at a school level, including students who are Indigenous, from a low socio-economic background or living in a remote location. It also proposed a more transparent funding system, so stakeholders might better understand where money is coming from and where it is going.

To be sure, this has been a slow, some would say limping, process.

Some of us are hoping the final hold-out states sign up quickly, the policy is launched, and the monies begin to flow. Others, opposition leader Tony Abbott and shadow education minister Christopher Pyne included, are hoping for the wheels of the new funding system to be shaky and slow-going. In the opposition’s case, it would give them more political ammunition to restore the current system and overturn the Gonski model (that is, if it is not taken up by a majority of states).

The question that I have been asking myself is: “should we watch this political process with bated breath or does it even matter?”

I am not a education nihilist: I believe that there are many things that should and need to be changed about our school system (funding included). But the Gonski Review and the government’s proposed Better Schools Plan have set a ball rolling that, whether all states sign up or not, will not stop.

If the policy is launched, the immediate discussion will turn to whether it is effective and if it is helping our most disadvantaged students. It is likely that we will tinker at the edges of the policy for years, trying to fix this or that about it. It will likely remain the main lever for improving our system. That would be fine, as long as we remember funding is only one part of a functional national school system.

If the policy is not funded, we may be in for a continued conversation that is more complex and more politically and socially mobilizing than the one that we have had since the Gonski Review was released. In each of these three scenarios, the conversation about whether our education system is truly equally will carry on.

Indeed, the Gonski Review started a discussion about equity and equality in our education system that will continue long past the deadlines, long past the next election, and long past us working out the detailed effects of the policy. Ultimately, the Review’s legacy will stand above the political fray – even if there is a change of government.

We may (with hope) begin to talk about not just how much schools should be funded, but whether it is just and equitable for Australian society to continue to publicly fund our non-government schools.

As a brief reminder, we are one of the only OECD countries that publicly fund private schools to this egregious and uncontrolled degree, resulting in a system where our public schools are a place of last resort. This is anathema in countries like Finland that are international education high-flyers with strong civil societies.

For many, this discussion is not new. In fact some have been having it for the last 30 years or so.

But John Kindgon, a American political scientist, explains that a political or social problem may rise and fall in visibility for years before a focusing event, a crisis, or a symbol becomes a catalyst for change. Much like natural selection, he describes how alternatives and proposals related to a specific policy problem will be “floated” for years, until they are politically ready to be set into motion:

Much as molecules floated around in what biologists call the “primeval soup” before life came into being, so ideas float around…

Ideas, he says, are “softened up” before they become palatable.

Perhaps it is time for the policy problem of equity and disadvantage to rise up out of the policy primeval soup in the form of the Better Schools Plan. Or maybe the government’s changes are not the most evolved version of the policy we need to make our schools equitable institutions to support a just society.

Whatever happens next, the Gonski Review has started an important discussion that is impossible to reverse and that has educated us all about the state of equity and justice in our school system (much like the Karmel Report did in 1973). The national conversation about school funding we’ve had since the Gonski Review will continue. The Australian public will not take the Better Schools Plan as a policy resolution of issues of justice and equity in education, but as the start of a much longer debate.

Dr Leila Morsy is a Lecturer in Education Policy in the School of Education, UNSW.