The Prime Minister is selling the Schoolkids Bonus as extra help for families, but is it good policy, ask Peter Whiteford and Gerry Redmond. 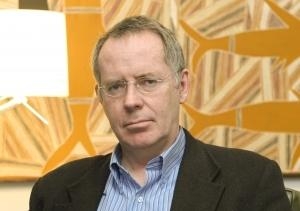 OPINION: The 2012 federal budget has been described as “a big taxing, big spending budget" with a big focus on welfare. The first spending measure to be legislated and to come into effect is the new Schoolkids Bonus, with the first payments to start tomorrow.

The scheme replaces the Education Tax Rebate which the government argues was inefficient with many parents not claiming their education costs. Prime Minister Gillard said the new scheme was “a helping hand” for families.

But the Coalition has argued that the new benefit is simply a “cash splash”. Opposition education spokesman Christopher Pyne said that the measure was designed to distract from the carbon tax, which begins on July 1. The West Australian Senator Michaelia Cash suggested that lump sum payments to parents will “be poured straight down the slot of a pokie machine”.

So how do these different arguments stand up to analysis and evidence?

What is the Schoolkids Bonus?

Under the previous scheme, families could claim a 50% tax rebate on some school-related expenses. But most of those who were eligible weren’t claiming what they were entitled to, either less than the full amount or nothing at all. Because the new payment will be automatic and upfront, parents won’t miss out if they are not taxpayers or if they fail to make a claim.

Just like the Education Tax Refund, the Schoolkids Bonus will be available to families receiving Family Tax Benefit Part A (FTBA), plus young people in school receiving Youth Allowance and some other income support and veterans’ payments. Given the link to FTBA, a family with two school age children will be eligible if their total family income is below roughly $107,000 a year.

Overall, the new bonus scheme will be more progressive in its impact than the tax refund it replaces. This is because lower income families are less likely to be able to afford to spend the $1,500 on two secondary school children that would be necessary to benefit from the tax refund, and even if they did, very low income families may not be paying sufficient income tax to fully benefit.

While this suggests that the new bonus will be a more effective way of helping low income families, it also suggests that these families are unlikely to be spending this much on education expenses. In this sense, it seems fair to say that the Schoolkids Bonus will not necessarily be solely targeted to spending on education costs, but will have an element of redistribution.

This sort of redistribution is not new however. In 1976, the Fraser government replaced the then existing tax rebates for children with higher Family Allowances, with the express intention of redirecting assistance to low income families.

The Baby Bonus introduced by the Howard government in 2002 was another example of a lump-sum payment.

But is the Schooldkids Bonus, or any bonuses for that matter good policy?

Take the example of the bonuses paid to carers, age pensioners and seniors from 2004 onwards. They were convenient ways of spending some of the proceeds of the earlier part of the mining boom. But why bonuses, and not an increase in the base pension rate?

One of the key benefits with bonus payments is that they allow governments to maintain fiscal flexibility. They can be cancelled or reduced if circumstances change and they are not necessarily indexed in the same way as the payments they supplement.

The question of bonus payments was explicitly considered by the Harmer Pension Review in 2009. It found that one-off lump-sum payments were not “effective mechanisms for addressing the adequacy of the pension because they do not provide ongoing financial certainty.”

Nevertheless, the Review went on to argue that one-off payments may have a role:

“in circumstances where pensioners may not otherwise gain from specific budgetary or economic changes, such as from changes to taxation arrangements, to compensate for policy changes, or where a fiscal stimulus is desired”.

This rationale does appear to fit current circumstances.

Are families likely to spend the Schoolkids Bonus payments on the pokies – or even plasma TVs? Analysis of longitudinal survey data by the Department of Families, Community Services and Indigenous Affairs

looking at changes in expenditure patterns associated with newborn children in 2006-07 (when the Baby Bonus had been increased to $5,000) found that the data do not support the anecdotal reports.

Instead, the arrival of a newborn child is mainly associated with increased expenditure on health care, and with first born babies, with spending on children’s clothing.

Overall, it seems fair to conclude that the Schoolkids Bonus may help some families with their education expenses, but it is more about a further – albeit fairly modest – redistribution to lower and middle income families as compensation for the government’s Clean Energy Future package, on top of the package’s fairly small element of redistribution to lower income households.

In this regard, it is no different to the compensation package that the Coalition Government introduced in 2000 following the introduction of the GST, and not really different that from earlier bonus payments that both sides of politics have introduced when it suits them.

It should also be said that it is pretty offensive to suggest that families will spend their bonus payments on frivolous or wasteful items. The idea that the one million low and average income families with school age children who will receive the Schoolkids Bonus will rush out to the pokies would appear to reflect prejudice rather than evidence.