Christopher Lee was one of the most iconic figures in horror cinema, writes Mark Steven. 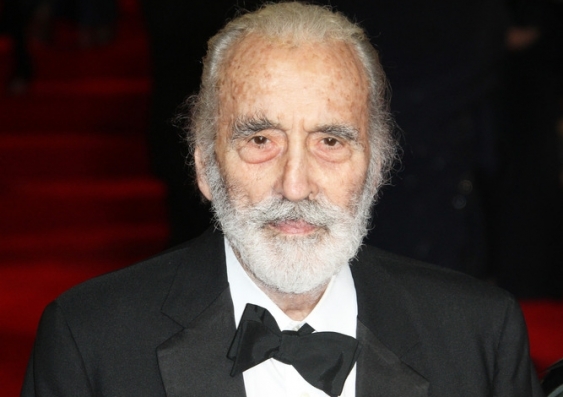 OPINION: Last week, on June 7, the English actor Sir Christopher Lee was pronounced dead, after being admitted to the Chelsea and Westminster Hospital for respiratory problems and heart failure. He was 93.

Lee was a monumentally celebrated artist. In 2009, he was knighted for his services to the dramatic arts. He was recipient of a BAFTA Fellowship in 2011 and a BFI Fellowship in 2013. And, in 2010, he was even honoured for the advancement of symphonic metal with the Spirit of Metal award, presented by Black Sabbath guitarist Tony Iommi.

But, most importantly, Lee is one of the most iconic figures in horror cinema, a legendary actor of the order of Boris Karloff and Vincent Price.

When I first saw him it was in the adaptation of a book that I, as a seven-year-old, had not yet read.

His face was obscured by gruesomely heavy makeup – cadaverous and scarred; burnt beyond recognition; eyes grey with death – and yet, when he lurched forth into his creator’s laboratory, he brought with him a new kind of terror.

In this film, The Curse of Frankenstein (1957), Lee’s imposing size, his stiff movements, and his homicidal violence were all subsumed by something else, something indescribable, which would haunt me for weeks to come: what I didn’t know then is that, for the first time ever, Mary Shelley’s zombified beast had become truly animate.

The Curse of Frankenstein established Hammer Horror as more than just a studio: it was a new style of gothic film production, in which the heretofore monochromatically obscured gore would be shot lovingly in Technicolor red: a style that would make possible Lee’s next and most enduring role.

Lee was cast as the eponymous vampire in The Horror of Dracula (1958). His performance in this Bram Stoker adaptation engineers a complete inversion of the monstrous image he projected in Frankenstein.

Lee as Dracula and Stephanie Beacham as Jessica Van Helsing in Dracula A.D. 1972 in 1972. Wikimedia Commons

When he first enters the film, descending a flight of stairs to greet his visitors, what we see is the quintessence of ruling-class self-perception: tall and athletic; strikingly handsome; and, when he finally opens his mouth to speak, we are introduced to a deeply resonate baritone. A commandingly charismatic aristocrat – on the surface, at least.

His performance as the Count only makes it all the terrifying when the film lets slip the human mask to reveal the bloodhungry demon lurking therein. Eyes rufescent, pupils dilated, a dripping gorecaked maw, all pulled back into an animal snarl: this face, the unforgettable expression of an everlasting evil, would guarantee its actor’s legendary status in the annals of horror.

Lee continued his role as Dracula in a number of increasingly ridiculous Hammer sequels throughout the 1960s and into the early 1970s. He also stared as the supercamp supervillain in The Face of Fu Manchu (1965) and faced off against James Bond, playing the assassin Francisco Scaramanga in The Man with the Golden Gun (1974).

Lee as Francisco Scaramanga in The Man with the Golden Gun in 1974. Wikimedia Commons

Lee’s favorite role would also be his finest, as Lord Summerisle in the occult horror mysteryThe Wicker Man (1973). His character serves here as the spiritual leader of a pagan death cult on a far-flung Hebridean island, overseeing the sacrificial conflagration of a police officer sent to investigate the abduction of a young girl.

By the film’s conclusion Lee’s character has transformed from the cravat-wearing silver-tongued sage into the raving zealot, declaiming on behalf of the Old Gods, hair reaching skyward as a kind of cosmic antennae. His performance in this role is utterly electrifying.

Many will remember Lee from his more recent efforts, a mainstream rebirth in blockbuster franchise films: as Count Dooku in the Star Wars prequels (2002, 2005) and as Saruman the White in the Lord of the Rings trilogy (2001-2003). In both he remained true to his character, his type, performing roles that oscillate between the outwardly charismatic and the covertly evil: a character he perfected many years earlier, as Count Dracula.

One fears that Lee’s memory will be claimed by the conservative right, of which he was a member. The UK’s Prime Minister David Cameron, for instance, wants us to rememberLee, but this official tweet hints at the lionisation of a knighted warrior, a man that served the British empire as an artist in peacetime but during war as a military combatant.

He was one of the greatest character actors to have ever appeared on screen, and even when he had fled from Castle Dracula to the hills of Hollywood he would return to that character over and over: a wealthy aristocrat, an embodiment of cultural elitism and economic privilege, an elder statesman of the right, all of which was only ever the flimsiest mask before an infinite abyss of Satanic darkness.

Mark Steven is a Research Fellow at the Centre for Modernism Studies in Australia at UNSW.

Eisenstein in Guanajuato half pulsates with sexual vitality