Opinion The government needs to get childcare policy right 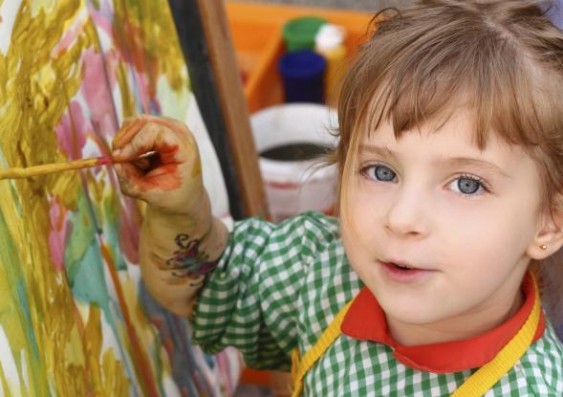 OPINION: The government needs to think very carefully before responding to the Productivity Commission’s report into childcare and early childhood learning. A huge amount is at stake for parents, providers and the sector at large.

The most substantial change recommended by the Commission is the introduction of a single means-tested subsidy. The early care and learning subsidy (ECLS) will cover 85% of a benchmark childcare price – set at the current median price – for families on incomes up to $60,000 per year. The subsidy reduces as family income rises, tapering to 20% for families on $200,000 or more.

There are some big political risks in this proposal. Broadly, the Commission anticipates that families on incomes of up to $130,000 per year will better off, while those who earn more than $160,000 will be worse off. But the actual affect will depend on a range of factors, most critically the fees charged. Where services charge above the benchmark (and, by definition, half the services in Australia will do so), families will have to pay the difference. Middle-income families who can only find a place in a service that charges high fees could be much worse off than at present. On the other hand, some high-income families who increase their hours of care may be better off, as they will no longer encounter the annual “cap” built into the old childcare rebate.

In its basic architecture, the Commission’s proposed subsidy is similar to a model developed at the University of New South Wales’ Social Policy Research Centre. However, there are important differences. UNSW recommended a subsidy based on a proportion of fees up to a capped hourly rate and linked to “reasonable costs”, rather than the median price. The idea behind a benchmark price based on reasonable costs (rather than the current subsidy, which rises with fees) is that to ensure that public funds are directed to cover the costs of delivering high-quality early childhood education and care (ECEC), and not discretionary fees set by the service provider. However, the benchmark price must be high enough to ensure that educators and carers can be paid adequately and that future wage rises in this low-paid sector can be accommodated. UNSW urged that the benchmark be determined only after widespread consultation across the sector. If the government sets the benchmark too low, discretionary fees may rise and parents may not be able to afford ECEC, which might result in fewer places being taken up and even services closing.

The Commission’s model will have a very modest impact on labour force participation. It estimates an increase of 1.2% (16,400 mothers) in the number of mothers working, based on full-time hours. The costs to parents would need to be reduced far more than is currently proposed by the Commission in order to significantly affect the number of women returning to the workforce.

Another concern is the reduction in access to care for children whose parents do not meet an “activity test”. Under current arrangements, children can access up to 24 hours per week of subsidised ECEC regardless of their parents’ workforce participation. The Commission recommends that, with some exceptions, children whose parents do not engage in work or study for at least 24 hours per week should be ineligible for subsidies – effectively, they would be excluded.

Children whose parents are receiving a Parenting Payment would be eligible for a subsidy covering 20 hours per fortnight (compared with 24 hours per week now), and children attending a preschool program in a long day care service would be eligible for 30 hours per fortnight. An average of 10 hours per week participation is insufficient for disadvantaged children to benefit from ECEC. Reducing such children’s access is completely out of line with developments across the OECD, in which governments are extending access to ECEC to vulnerable children, in recognition of the benefits down the track.

Finally, the Productivity Commission recommends extending public subsidies to nannies. Few details are provided about how this would work, except that nannies would have to satisfy the criteria set out in the National Quality Framework. The Commission indicates that subsidies would be paid directly to providers, but the complexities of this system for individual ECEC providers (such as nannies) are not discussed. Certainly, many families have complex and unpredictable childcare needs and it is important to address these; but why not extend current models that have the potential to provide such flexible care, such as family day care and in-home care? Commonwealth subsidies already go to these schemes and will continue to do so under the new system. Rather than setting up a new funding model for nannies, the government would be better off extending the regulated, established systems that we already have.

Having offered, and then withdrawn, its signature social policy initiative – a greatly expanded parental leave scheme – the government cannot afford to get childcare wrong.

This opinion piece was first published in The Monthly.