UNSW Sydney and ACOSS partnership research shows the impact of the pandemic on long-standing unaffordability, inequality and indebtedness. 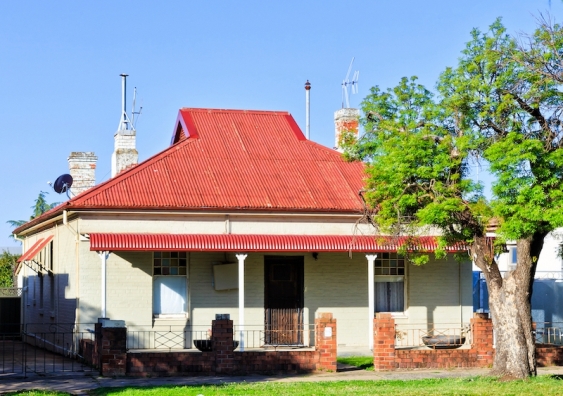 A report released today by UNSW Sydney and ACOSS Poverty and Inequality Partnership shows renters on low and modest incomes are experiencing housing stress, especially in regional Australia, due to surging rents and lack of social and affordable housing.

The report says that confounding many predictions, by far the most significant housing impact of the pandemic in Australia has been the house price boom that took off in late 2020. Stimulated by government measures to boost private market demand, it has compounded long-standing unaffordability, inequality and indebtedness. While some states have recently increased their investment in social housing, they lack the financial capacity to make up for a decade of government neglect.

“A crucial part of any crisis is what lessons can be learnt that could and should lead to policy reform,” lead author Professor Hal Pawson, Associate Director of the City Futures Research Centre, said.

“State governments generally responded well in their emergency actions to help homeless people and protect vulnerable renters during the worst of COVID. To their credit, some have gone much further by pledging billions for short-term social housing investment. But there is little sign of any positive legacy on the systemic reforms and Commonwealth government re-engagement is fundamentally needed to fix our housing system.”

Read more: Housing and homelessness left behind in post-COVID recovery

ACOSS CEO Dr Cassandra Goldie said community organisations across the country are telling them about the growing levels of despair experienced by people trying to find affordable accommodation in both metropolitan and regional areas.

“The situation for those on the waiting list for social housing feels increasingly hopeless. Individuals and families struggle to keep a roof over their heads in the face of rising private market rents or are forced to stay in unhealthy or unsafe circumstances.

“The COVID crisis tested governments. Most state governments did a remarkably good job in protecting people who were homeless during COVID. But with such a chronic shortage of affordable homes, the resources they are putting towards social and affordable housing are just not enough to meet existing demand, let alone future need,” Dr Goldie said.

“We need the federal government to step up and step back into this space and do some heavy lifting to both address the massive social housing shortfall and meet the future needs of a growing and ageing population.”

Some findings from the report

Four state governments – Victoria, Queensland, Tasmania and Western Australia – have announced significant social housing construction as a component of post-pandemic stimulus investment, providing nearly $10 billion. While this will add more than 23,000 new homes to the stock of public and community housing over the next four years, there are 155,000 households registered on social housing waiting lists across the country. More than 400,000 households also need affordable housing.

According to the report, recently announced social housing construction across Australia will be ‘patchy’. For example, while Victoria and Queensland can anticipate social housing net growth of 8300 and 4400 units respectively over the next three years, NSW will gain little more than 400 units. Even where states have stepped up, the Commonwealth government needs to resume its historical role as the main funder of social housing development to come close to meeting demand.

Housing stress due to both affordability and availability is also rising significantly. While rents declined sharply in some inner-city suburbs at the beginning of the pandemic, from mid-2020 they increased. By August 2021, they were accelerating at more than 8 per cent – the fastest pace since 2008, and far ahead of wage growth at under 2 per cent.

The report notes that regional rent rises are now outpacing metropolitan areas, particularly in NSW, Victoria and Queensland. They have surged by 12.4 per cent to August 2021 and raise the prospect of increased homelessness.

In regional Australia, the proportion of tenancies low-income tenants can afford has declined from 41 per cent to 33 per cent throughout 2021. This percentage could decrease further with the end of affordable rents for homes developed under the National Rental Affordability Scheme (NRAS), which funded 38,000 newly built rental homes for key workers and other disadvantaged renters to be leased at 75–80 per cent of market rates. Government figures show that over the next three years the subsidies and rent restrictions attached to some 22,000 of these affordable homes will expire.