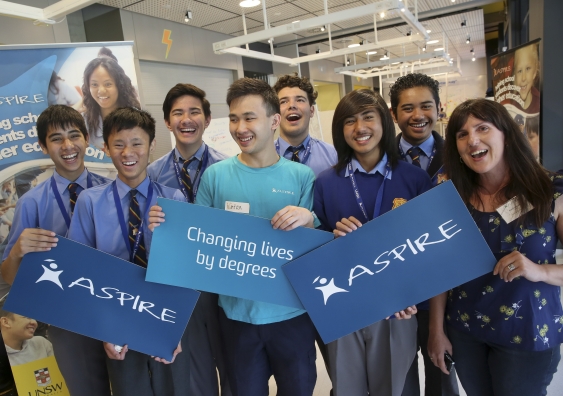 ASPIRE, UNSW’s premier outreach program that introduces disadvantaged students to university, will roll out new projects in regional NSW after receiving $800,000 from the federal government.

One of the projects to benefit from the National Priority Pool funds is Uni in a Ute which aims to offer regional Year 11 students everything they need to get them ‘on the road’  to the world of higher education.

“With this funding we can build on our work to date and target specific areas of need, including, coding and computer literacies for teachers and students, and online reading mentors for younger children,” says Dr Ann Jardine, ASPIRE’s director.

“We have been working with our regional partner schools in NSW since 2010 and have seen a steady increase in the number of students receiving offers to university,” Jardine says, referring to Universities Admissions Centre data that shows a 120% increase in university offers to students from ASPIRE partner schools over six years (1,076 in 2016, up from 488 in 2010).

“Students in regional schools should not be held back from pursuing a university education because of where they live or their financial situation,” she says. 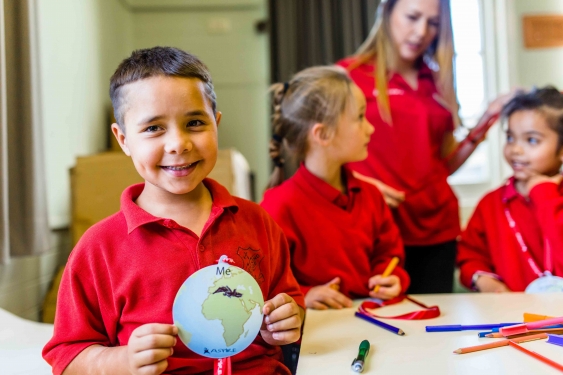 Built on an evidence-based approach that emphasises an early engagement with students, ASPIRE encourages students from low SES backgrounds to interact with the university environment through multiple workshops and visits to campus. To date the program has reached nearly 50,000 students, and is now involved with 56 schools in regional and metropolitan areas.

Its unique character was recognised last year with an Australian Rural Education Award, its second national honour. In 2012, the program won a prestigious Office for Learning and Teaching Award for its contribution to helping students from disadvantaged communities.

This year, a further $4.5 million committed by UNSW to its AimHigh Unit for initiatives to widen access to university, will allow many more students to benefit.

“It’s very important to break down the stigmas that stop people from low SES backgrounds achieving their dreams.”

These will include students like 21-year-old Winton Wu, who was first acquainted with ASPIRE while at Canterbury Boys High School in Sydney’s south-west. He wanted to become a medical researcher but knew very little about how to make his dream a reality.

“ASPIRE was really invaluable for me,” says Wu. “I had a misconception that I needed to study medicine to be a medical researcher. By talking to the ASPIRE ambassadors, I learned I could do a science degree. There were also events where we got to go to the university and see what students and researchers do.”

Wu recently finished an advanced science degree at UNSW, specialising in molecular cell biology and microbiology. He plans to eventually complete a PhD. During his time at UNSW, he was one of 200 ASPIRE student ambassadors who collectively give more than 2,000 volunteer hours annually.

“We try to work with students to inspire them to pursue their own career aspirations. It’s very important to break down the stigmas that stop people from low SES backgrounds achieving their dreams,” Wu says.

Neal Reed, principal of Gilgandra High School in western NSW, agrees. He says the school’s partnership with ASPIRE, which started in 2010, has been “absolutely invaluable”. “It exposes rural students to ideas and experiences they might not have otherwise had,” he says. “It forces them to challenge their own expectations, and gives them an opportunity to interact with education, locally and globally.”

He says regional communities also benefit from having students “come back with the skills to be community-minded leaders”.  “From a public education perspective, this is what it’s all about, enriching the lives of young people to contribute to society. This is a platform that may well be life changing.”