The latest EU bailout deal for Greece risks emboldening a growing neo-Nazi movement that is casting its gangs of thugs as saviours of the poor, writes Nick Apoifis. 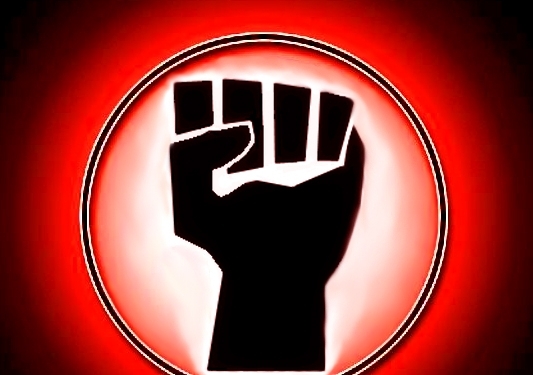 OPINION: The latest EU bailout deal for Greece offers so little in the way of economic relief for the average Greek citizen that it risks emboldening a growing neo-Nazi movement that is casting its gangs of thugs as saviours of the poor.

As supporters of the neo-Nazi Golden Dawn party set up "Greeks only" food banks to help feed the unemployed, the leftist coalition government of Prime Minister Alexis Tsipras​ is facing an uphill battle to sell yet another version of austerity to an already traumatised nation.

Tsipras' Syriza Party and their coalition allies came to power riding a wave of nationalistic revolt over EU-imposed austerity measures, buoyed by heady, if unrealistic, popular expectations for change.

Syriza's capitulation to EU negotiators this week leaves the deep-seated resentment and frustration that austerity, poverty and widespread unemployment have stoked casting around for alternative avenues of political expression. With a weak political centre that supports the EU bailout, the anti-austerity mantle and all the emotion it carries could swiftly default to the political far right. Golden Dawn, which opposed the EU package, is flexing its muscles in the wings.

The Greek neo-Nazi movement, however, is a dark and dangerous beast despite its various charity fronts. It uses violence to advance its aims and actively promotes racism, anti-Semitism, anti-Islamic sentiment, homophobia and social division, particularly by assaulting and demonising immigrants as scapegoats for the nation's woes.

Today's Greek neo-Nazis found their political voice in the form of Golden Dawn as youth unemployment hit 50 per cent, and overall joblessness about 25 per cent, once austerity measures began to bite. The stresses of the economic contraction within Greek communities are palpable; even the rates of stillbirths have increased because many women can no longer afford neo-natal screening or care.

Against this backdrop of declining living standards and acute uncertainty about the future, Greece is also facing relentless waves of immigrant arrivals by sea. In the first four months of this year alone over 21,000 people arrived by boat, mainly fleeing Syria, compared to about 33,000 people for all of 2014. Unfortunately, this confluence of factors adds up to a textbook scenario for the rise of political extremism.

Golden Dawn took to the national political stage in 2012, winning 21 seats to enter the Hellenic Parliament for the first time. In national elections earlier this year it won more than 6 per cent of the primary vote, even though its leadership had been jailed under anti-gang laws.

More ominous than the popular vote, perhaps, is its considerable support within the Greek security forces. About half the Greek police voted for Golden Dawn in 2012. The chief of the Hellenic Police, Nikos Papagiannopoulos, has since been reported as telling his officers to make the lives of immigrants "unbearable" and members of the Greek coastguard unit have been accused of beating migrants and dumping them at sea in Turkish territorial waters and of carrying out "mock" waterboardings.

The neo-Nazi presence in Parliament has given oxygen to overt racism. On the streets, such sentiment is playing out in violent attacks on immigrants and street battles between far left groups and Golden Dawn-aligned gangs. In my own research I uncovered countless incidents in which fascists and neo-Nazis were protected by the riot police during clashes, or even had the use of a riot police van to hide their rocks, bricks and baseball bats.

At the same time, the movement is seeking to bolster its popular appeal with food banks, as part of a larger charity effort, albeit one that only assists Greeks. In 2014, Australian Greeks from Melbourne unwittingly contributed to Golden Dawn's largesse, by donating goods that were handed out from crates stamped with Golden Dawn's Nazi symbols.

Certainly, Greece's recent history must limit the popular appeal of the neo-Nazi right. The Greeks suffered under a brutal military junta between 1967 and 1974 and still have pride in the people's movement that overthrew the colonels. Extreme right-wing movements, however, less interested in popularity than in stoking the kind of civil unrest that might offer the security forces a pretext to step up or step in.

Few would argue that Prime Minister Tsipras had any real choice in negotiations with the EU, despite his brinkmanship. Austerity might be bad, but being cut loose from the EU looked even worse. But, now no matter what his government does, the new EU package will trigger new, incendiary domestic political stresses.

While the world crunches the numbers of the Greek bailout mark III it is critical this delicate, and potentially dangerous, political balancing act isn't overlooked.

Dr Nick Apoifis is a lecturer in International Relations at UNSW. His book on radical political movements in Greece is due out later this year.

So how much should we worry about Greece?

Vital Signs: Italy is broke, and the markets have lost all faith in its elected politicians