Opinion Has Australia forgotten its Irish past?

Up to a third of Australians have Irish ancestors but that heritage and rich culture is not strongly celebrated here, writes Ronan McDonald. 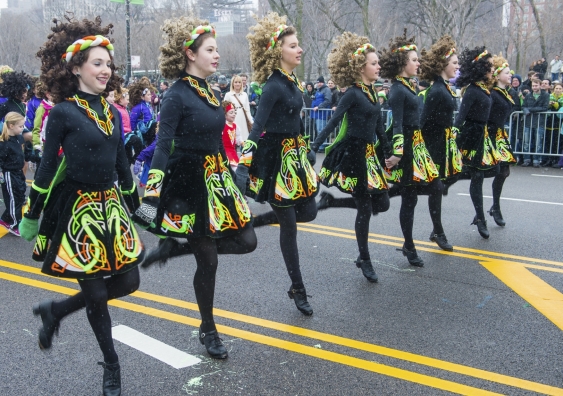 OPINION: Has Australia forgotten its Irish past? It seems a strange question, when iconic buildings such as the Sydney Opera House "green up" for St Patrick's Day. However, Australians tend not to go in for hyphenated identity, as some Americans do, and do not proclaim their ethnic origins with quite the same "Kiss Me I'm Irish" (or Greek or Italian) swagger. "Thank God for that", you might well think.

Yet, recognising ancestral roots does not need to be sentimental or kitsch. It helps us learn from our collective history, to understand how cultural and religious encounter can produce new possibilities for being Australian, or can coarsen and polarise into rancour and mistrust.

Irish settlement was hugely formative of this country, socially, politically and culturally. It was a distinct part of wider white settlement, not least because of the imported sectarian tensions and divisions that went along with it.

Establishment prejudice against Catholics and "bog Irish" endured from the early days of settlement well into the 20th century. That label "Anglo-Celtic", routinely used to describe early European settlement, papers over the crucial schism between its two constituent terms. Ironically, the arrival of new waves of immigrants has tended to obscure the differences that historically made up the Australian nation.

"White Australia" has come to seem a unified and authentic identity, threatened by hordes of dark-skinned foreigners.

A century ago, during the Great War, Prime Minister Billy Hughes played up a common prejudice against the Irish. They were suspected of disloyalty, especially after the Easter Rising in Dublin in 1916, much the way Muslim Australians are these days suspected of insufficient allegiance to "Team Australia". The prejudices of a hundred years ago are repeated today, with dreary similarity. Although Muslim Australians can hardly be accused of drunkenness, they are imagined as "aliens within", adhering to an inferior culture and an unenlightened religion. Public prejudice directs itself towards a group who live here, but are not really "us", who won't accept our "way of life" and "our values". In both cases, the complexity and variety of the group is reduced to caricature and stereotype.

If we forget history, we are condemned to repeat it, the truism goes. Perhaps it is truer to say that if we forget history, in all its messy, ragged, complexity, we produce myths of the past based on consoling simplistic stories of "them" and "us" that feed misunderstanding and violence. Remembering the distinctiveness of Irish settlement into Australia, both its collisions and its collusions with British officialdom, is necessary for a wise response to current immigration debates and policies. The Catholic Irish were assimilated into Australian life when other threats seemed greater. The social conservatism of the Catholic Church and its Irish followers became a key ally in the fight against communism during the Cold War.

Furthermore, later waves of immigrants from eastern Europe, the south Mediterranean and Asia made Irish Catholic otherness seem less pronounced. Suddenly, the Irish did not seem so different. This softening in Protestant-Catholic sectarianism demonstrates vividly how enemies become allies when geopolitical configurations mutate. It is a lesson we would do well to remember in the current circumstances.

Up to one-third of Australians are of Irish heritage – vastly more, proportionally, than in the US. The contribution of Irish migrants to Australian politics, the judiciary and the professions is immense and played a crucial role in modern Australia's journey to political independence. Australia, visiting Irish politicians routinely claim, is the most Irish country outside of Ireland. Yet, this connection is under-recognised in both Australia and Ireland, including in both education systems. Whereas most major urban destinations for Irish emigration, such as New York, London, Montreal, Liverpool and Boston, have prominent Irish studies centres, Irish studies is comparatively absent as an academic subject in Australia, despite the pioneering work in the field by historians such as the late Patrick O'Farrell.

Where then might contemporary Australian students learn about Ireland or study their rich heritage of Irish Australia? To remember the Irishness of Australia on St Patrick's Day should not simply be an indulgence based on sepia-tinted myths of heritage and belonging. It is to remind those who use rhetoric about "our values", that "Anglo-Celtic" Australia is itself formed on cultural and religious difference, sectarian schisms that were traversed and hybridised into an ever-changing, ever-porous nation called Australia.

Ronan McDonald is Professor of Irish studies at UNSW.