Opinion At the heart of the broken model for funding aged care is broken trust. Here's how to fix it

Part of the solution to the rising funding problem might be a Medicare-style levy. 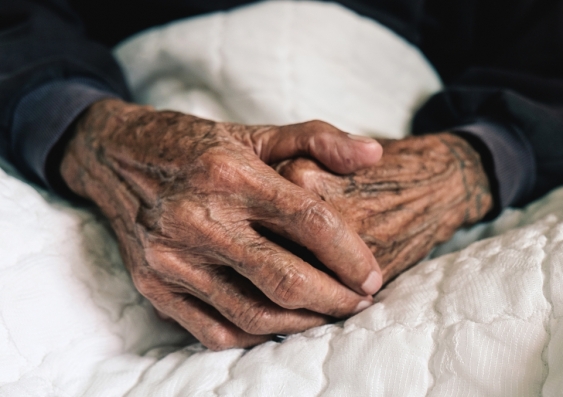 The customer base for aged care facilities - of people aged 85 years and over - is projected to more than double by 2040, but funding remains a problem. Image from Shutterstock

The Royal Commission into Aged Care Quality and Safety will hold its final hearing on Friday, where Counsel Assisting will spell out his case for reforms.

With over 10,000 submissions and many hours of hearings, the Commission has identified systemic failures in the design, objectives, and regulation of aged care in Australia.

At their heart is a two-way lack of trust on funding and the cost of providing aged care.

The main funder is the Commonwealth, with expenditure of about A$20 billion in 2019, distributed across residential, home care, and home support services.

This is topped up by user contributions of just over $5 billion.

The customer base of people aged 85 years and over is projected to more than double by 2040.

Though the system relies heavily on not-for-profits, the four years to 2019 saw the for-profit shares of residential and home care places climb from 35% to 41% and from 10% to 21%.

In practice, profits have dived or barely kept pace.

Many operators are no longer financially viable.

Smaller, regional operators are suffering the most, but even large providers listed on the stock exchange have seen their prices drop by as much as 80% over the past five years.

More than one third of aged care homes recorded operating cash losses during the nine months to March 2020. And that was before the full impacts of the hits to occupancy and infections from COVID-19.

Part of it is a squeeze on costs. Community expectations are increasing at the same time as staffing costs are climbing and care needs are becoming more complex.

Residential care is increasingly seen as a last resort, making the profile of residents older and more frail.

Over the past decade the share of residents with a “high care needs” has climbed from 33% to 60%.

Declining profits is one thing. Uncertainty over profits is another. A recurrent theme in the evidence presented to the Commission is that funding is not only insufficient, but also uncertain, which itself is harming care.

As an example, in residential care, food, cleaning, and administrative overheads tend to be higher than the capped basic daily fee that is expected to pay for them.

The government believes that the process used to set care funding is open to over-claiming, allowing providers to make their own assessments of care need.

So on a number of occasions it has frozen the indexation of payments – a blunt tool that might drive productivity improvements but punishes the whole sector.

The mistrust is compounded by a lack of transparency in the corporate structures employed in the sector as well as financial reporting practices which are blind to the terms, returns, support, or recoverability of loans to related entities.

This makes it difficult to tell what earnings truly look like.

It’s also hard to get a handle on key performance indicator data, such as direct care staffing costs.

What’s needed is an honest broker…

To address the challenges of trust and transparency, the royal commission is expected to recommend the establishment of an independent Aged Care Pricing Authority, tasked with identifying the lowest price for services achievable by those providing excellent care.

It would also estimate the uplift in price for regional and specialist services.

The idea has merit and has been welcomed by both providers and bureaucrats. It has a precedent in the hospital system.

It is likely to expose the need for much more funding.

The royal commission was told that a European-style social insurance scheme could work. It would explicitly link contributions with the right to benefits and would quarantine them from general revenue.

In practice such schemes don’t guarantee sustainable funding and they are out of kilter with the usual Australian approach which is to provide needs-based rather than contributions-based support.

It could come from a Medicare-style levy

A better option would be a dedicated tax similar to the Medicare levy. Its clear social benefit might be acceptable to the electorate and earmarking it for aged care could build the confidence providers will need to invest in its future.

It could differ by age to address intergenerational equity.

The reality is that in a world with fewer younger workers and more retirees with considerable wealth we will need a combination of measures, with extra funding coming from care recipients as well as taxpayers.

We already have the mechanism in the form of the Pension Loan Scheme which could be used alongside fairer means testing.

The Commission will formally report by February 26, kicking off what could be the rebuilding of trust in the system.

It's hard to make money in aged care, and that's part of the problem