Opinion From the heart: why writers are putting themselves in nonfiction

Kerrie Davies' book A Wife's Heart places her own story alongside that of Henry Lawson's wife, writes Christopher Kremmer. 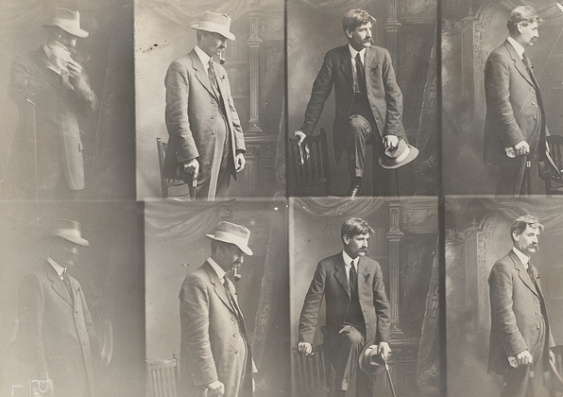 OPINION: History is a story about the past told by people who didn’t live there. Historical fiction and scholarly histories and biographies dominate the field, but a fresh approach, the literary nonfiction narrative of reflection, is making its presence felt.

As a writing genre, history is no spring chicken. Livy (59 BC – 17 AD) gave us the history of ancient Rome, while Australian histories have an even longer provenance, from the First Peoples’ Dreamtime narratives to Grace Karskens’ excellent scholarly account of European settlement in The Colony: A History of Early Sydney (2009). Historical novels are nothing new either, from Walter Scott’s Waverley (1814) to Hilary Mantel’s Wolf Hall (2009).

A relative newcomer to the field is the literary nonfiction historical narrative, in which the archive serves as a springboard into a pool of reflection for a contemporary writer. The latest example, published this month, is Kerrie Davies’ A Wife’s Heart, published by University of Queensland Press, a book that retells the life of poet and short story writer Henry Lawson, from multiple viewpoints. Central to Davies’ narrative is a sadly damning affidavit filed by Lawson’s wife Bertha when she sued for divorce in 1903 alleging domestic violence.

When journalist and academic Davies emerged blinking from the archives and into the glare of publication and media interviews, she was greeted by headlines like “Henry Lawson, voice of a nation, larrikin, likely wife beater”.

My excitement reading that headline was due not just to the fact that Davies is a colleague and friend. I was simply happy to see that unorthodox approaches to history are welcomed, and can ignite and enrich our readings of our past. History, as we know, is a political football. We struggle over the meaning of the past in order to control the game of present and future. A marriage like Henry Lawson’s that began in 1896 and ended seven years later can be hijacked by anyone with an agenda. Davies adopts a light touch. She moves among the many contemporaneous perspectives on Henry from friends and foes as a man who struggled with poverty, ambition, deafness, a failed marriage and alcoholism.

Bertha, who struggled to raise two children while coping with Henry’s ups and down, had her critics as well. She ended up doing a long stint in a mental institution for what today might be called manic depression. Their fraught marriage and messy divorce provides Davies with a ball of historical wool to untangle. She chases it through the archives and across the landscapes through which her subjects drifted, including a grinding stint in London. The affective impact of this pursuit turns the pond of reflection into a whirlpool, inexorably drawing the reader in.

Not everyone sees it that way. Though he has not commented on Davies’ book specifically, Sydney journalist and author David Marr recently disclosed his distaste for biographies in which authors share the personal reflections and experiences they have had while researching and writing their books.

For evidence of the correctness of his position, Marr conveniently points to his own writing, quoting from a scene in Patrick White: A Life in which he reports a medical emergency he witnessed at White’s home not long before the Nobel Laureate’s death in 1991. Marr was witnessing what could have been (but wasn’t) his venerable subject’s demise. Yet his own voice is detached. He expresses no personal emotion or reaction, acting instead as a fly on the wall observer.

As he wrote recently in The Monthly

I’m on the side of invisible biographers. I don’t give a damn about their happy thoughts as they tread in the footsteps of their subjects. Spare me their personal reflections on the Straits of Gibraltar or the old House of Reps. I’m not interested in their research triumphs. I want the life, not the homework.

In A Wife’s Heart, Kerrie Davies transgresses Marr’s “law”, sharing generously of her own life story while telling Henry and Bertha’s. Readers learn that, like Bertha, Davies is a single parent whose marriage has ended in divorce. The pressures are financial as well as emotional, just as they were for the Lawsons.

At first I found these personal references, which begin on page three of the book, jarring. I simply wasn’t ready to have the focus shifted so early in the story. However, as the book progresses the personal reflections merge with her subjects’ narratives. Conflicting accounts by the Lawsons’ friends and colleagues give the book the feel of a detective novel, a texture well suited to a story of marital failure in which there seems plenty of blame to go round.

Some readers no doubt share Marr’s views about biography, but there are good reasons why younger authors working in a less journalistic genre might profitably venture where Marr warns them not to go.

The distant voice of the “invisible” biographer – like the voice of God booming from above Mount Sinai – has a slightly anachronistic feel these days. To depart from this voice challenges readers who like being reassured by an authoritative tone, or perhaps, put less kindly, enjoy being told what to think. But others prefer more open, less conclusive arguments and reflections.

Lawson’s grave lies next to his wife’s in Waverley Cemetery. Sardaka, CC BY-SA

For some, Marr’s preference for invisibility is out of sync in a world in which readers routinely write back at authors, questioning their logic and exposing mistakes in the “comments section” that now follows most online articles. The invisible narrator's biases are more implicit, or opaque. That may seem subversive in an era when transparency is valued.

Marr’s argument is that the reader is not well served by an introspective or performative narrator, and that is often true. Some of the worst nonfiction I’ve read in recent years was penned by authors who lost focus on their subject by sharing too much of themselves.

The changing economics of publishing are contributing to our evolving literary landscape. The ranks of subeditors patrolling the borders of mainstream media publications, beating the literary crap out of upstarts who dare to use the personal pronoun “I” are being depleted.

On the bright side, literary rules exist to be broken in the more diffuse structure of contemporary publishing. There never was a golden age.

The subjects of Marr’s early biographies, like White and former Attorney General Sir Garfield Barwick, were alive and highly influential when he started writing about them, good reasons for being careful and adopting an orthodox style. But for Davies, archival sources were all she had. No living witnesses of the trouble between Henry and Bertha survive. The author was left to curate documents. Personalising the narrative breathes life into documentary sources.

There are dangers in interpreting the facts of history. Historians grapple constantly with the problem, while historical novelists can choose whether to stick with the facts or alter them, sometimes radically. Literary nonfiction’s third path allows the juxtaposition of an author’s experience and perspective alongside the archival evidence. This might just reduce the temptation to invent or over egg.

Meanwhile, in the world outside the book, the world in which we live, marital violence is at epidemic levels, commanding our society and governments’ attentions. In that context, Davies’ personal story as a single parent acts as a footbridge connecting contemporary readers to the world of her subjects.

Beyond questions of literary technique, Davies’ academic writing on the Lawson story reveals that her literary reflection was catalysed by previous accounts by respected historians that favour Henry over Bertha.

In a conference paper delivered in 2015 she noted:

The biographers of the iconic bush poet and writer – most notably Denton Prout (1963) Manning Clark (1978) and Colin Roderick (1982, 1991) – have all constructed a victim as hero narrative around Lawson’s life, blaming Bertha Lawson (nee Bredt) for his personal and creative decline. In their biographies, Lawson’s marriage breakdown and judicial separation from Bertha Lawson is narrated as a destructive turning point, with Bertha portrayed as a callous persecutor who “spun the wheel of retribution” … against her husband. The unanimous interpretation in these works is that Bertha Lawson in her legal claims disregarded Henry’s evident inability to pay child support, resulting in his imprisonment at Darlinghurst Gaol sporadically from 1905 to 1910.

Was Lawson a wife beater? Davies thinks so, but some who knew Bertha believed otherwise. We may never know, but it’s a worthwhile conversation in which all voices and literary styles are welcome.

Marr’s argument for invisibility is undermined somewhat by the fact – which he acknowledges – that he has previously put himself into his stories about others, including the White biography (in a note near the end of the book), and in essays on Kevin Rudd and the Bill Henson case. In all of these his narratives were better for it.

Kerrie Davies and David Marr will be speaking at separate events at next month’s Sydney Writers' Festival.