International attention must focus on the civilians who are suffering on both sides of the Israeli Palestinian conflict, writes Anthony Billingsley. 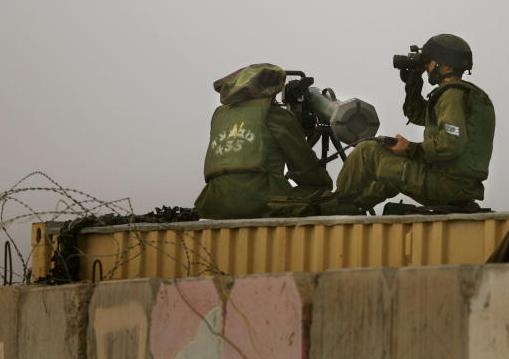 OPINION: The prospect of another Israeli-Gazan conflict is upon us with the beginning of Israeli ground operations in Gaza. There have been suggestions that the Israeli action will be limited to the destruction of alleged Hamas tunnels into Israel, although it is unclear why such a goal would require ground forces in Gaza.

As is the case with most military operations, however, it will be very difficult to limit its impact. There are already reports of homes on the Egyptian side of the border being attacked by Israeli aircraft. The killing of four young boys on a beach in Gaza reinforces the message that containing violence is almost impossible.

There is concern that Hamas’ military wing (Izz ad-Din al-Qassam Brigades) is better prepared than it was during similar conflicts in 2008-09 and 2012 and is intent on inflicting maximum casualties on Israeli forces. This would have the likely effect of aggravating the Israeli response.

The fighting has led to increased tension in the Occupied West Bank and clashes between young Palestinians and Israeli forces. The international response, however, is likely to be muted. Palestine Authority president Mahmoud Abbas has effectively been a non-player in the crisis, reinforcing his image as an agent of Israel, Egypt and the US.

Given Hamas’ identification with the Muslim Brotherhood, Arab countries’ reactions are likely to be perfunctory. Other countries will be sensitive to Israel’s right to defend itself from the ongoing rocket attacks.

Israel’s actions in the previous two major outbreaks of fighting eventually led to significant criticism of its tactics, especially as they relate to the protection of non-combatants. This is already emerging as a matter of concern in these operations, codenamed Operation Protective Edge.

In 2009, after Operation Cast Lead, the UN Human Rights Council established the UN Fact Finding Mission on the Gaza Conflict to investigate the behaviour of both sides to the conflict. The mission produced what is commonly known as the Goldstone Report, which made a range of observations and recommendations.

The Goldstone Report included concerns that Israel was applying collective punishment and conducting deliberate attacks against the civilian population of Gaza, while Hamas was potentially committing war crimes by launching missiles into Israel that were not directed at military targets. Both sides reacted angrily to the report but its influence is still being felt. Israel and its supporters should be mindful of the concern expressed by the UN as they conduct Operation Protective Edge.

The violence has not emerged out of a vacuum. Tensions started to rise in April when the Israeli government cancelled the release of Palestinian prisoners as part of the recently defunct US peace initiative. The situation was further inflamed by the killing of three Israeli youths in the Occupied West Bank, which Israeli prime minister Bejamin Netanyahu blamed on Hamas, and the subsequent revenge killing of a young Palestinian.

At one level, Israel’s actions are simply a reaction to the sustained barrage of rockets from Gaza. While the missiles are unsophisticated and have only directly resulted in one death, the volume of the attacks and the randomness of their targeting are having a significant impact on Israeli society. They represent actions that no government could ignore.

On the other hand, Netanyahu has been reluctant to allow the fighting to reach the point where land operations are required. On July 15, he told a press conference:

It is a time to make decisions calmly and dispassionately, not rashly and provocatively … I am determined to do the right thing. I know that you trust me and all of us in this, and that you are ignoring the background noise.

To a point, Netanyahu has been forced to launch the ground operations by significant ill-discipline among members of his coalition. Foreign minister Avigdor Lieberman has annulled the merger of his Yisrael Beiteinu Party with Netanyahu’s Likud and has been criticising Netanyahu’s reluctance to adopt a more aggressive policy. Deputy defence minister Danny Danon, a Likud member, has been sacked for similar criticisms of Netanyahu.

It is hard to know what is driving Hamas to expose the population of Gaza to another conflict with Israel. However, several considerations might be behind their tactics.

First, Hamas has been feeling increasingly isolated since the measures taken against the Muslim Brotherhood by many Arab countries, such as Egypt, and by its estrangement from Iran.

Even Qatar and Turkey, the two remaining supporters of the Muslim Brotherhood, have been distracted by events elsewhere in the region. The Israeli blockade continues and has become more severe with the decision of the new Egyptian government to destroy many of the tunnels on which Gazans rely so heavily.

The rejection of the ceasefire proposed by Egypt may indicate that Hamas sees no role for Egypt to play in Gaza’s politics. Provoking an Israeli over-reaction might be seen as a way of forcing Arab countries to renew their vows of support for the group and of drawing attention to the plight of the people of Gaza.

Hamas is also frustrated by the lack of progress in unity negotiations with Abbas and the Palestine Authority. Abbas has avoided any substantive progress in the negotiations, preferring instead to isolate Hamas.

Together, such considerations might be intended to restore Hamas’s standing in Gaza and the Middle East. Regardless, international attention must focus on the non-combatants on both sides who are caught in the middle of this conflict and who are already suffering.

Perhaps more important, however, is the need to end this cyclical pattern of violence with arrangements that will enable calmer and less violent voices to prevail.

Anthony Billingsley is a Lecturer in the School of Social Sciences and International Studies at UNSW.