Land value growth could be used to fund the proposed high-speed rail network on the east coast of Australia, UNSW research shows. 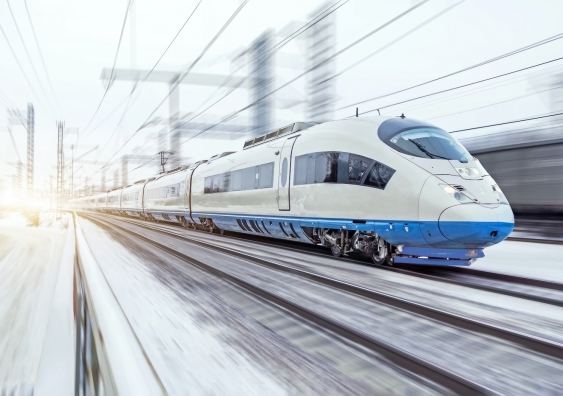 The land around stations along the proposed high-speed rail line on the east coast is projected to significantly increase in value. Photo: Shutterstock.

Land values and property prices around high-speed rail (HSR) stations would increase by potentially up to $140 billion – a significant portion of which could be dedicated to funding its construction.

High-Speed Rail Value Uplift: Preliminary Investigation Report, released today from the UNSW City Futures Research Centre, calculates estimated growth – or ‘value uplift’ – in land values due to the HSR. It suggests adopting policies that funnel economic growth from the HSR towards offsetting its costs would see taxpayers share the benefits of land value increases while reducing the pressure on Governments to finance it.

According to report estimates, the land surrounding a number of stations along the proposed HSR line on the east coast would experience a significant value increase – between $48 billion to $140 billion, in the population growth scenarios used in the report. The projections on both infrastructure-related uplift for existing residential properties from improved accessibility and planning-related value uplift from land rezoned to residential use around the stations.

“We’ve put together this report for policymakers and decision-makers to explore these growth scenarios and make informed decisions based on big data and analytics,” Prof. Pettit says. “There are a lot of opportunities around the HSR for Australia to build stronger connectivity between cities and inject significant wealth and job opportunities into the regions. The numbers in the report confirm and help quantify that considerable potential.”

The researchers calculated value uplift from improved accessibility by applying a value uplift coefficient, based on international case studies, on the total value of existing residential dwellings within the catchment area of proposed regional HSR stops. The value uplift from planning control changes was calculated by subtracting the development costs from each area’s expected new dwelling values to obtain the residual land value (RLV) per new dwelling. The projected RLV for each area was then multiplied by a range of population growth scenarios to get the final figures.

“We expect the values to be a conservative approach to estimation and that the total value uplift could actually be higher,” Prof. Pettit says. “This is while still factoring in a profit for the developers after all the external costs, including stamp duty, legal fees and building costs.”

The report says the value uplift, as a direct result of the HSR and population growth in surrounding areas, can be captured with various policies known as ‘value capture.’ While the concept isn’t new – it partially funded the Sydney Harbour Bridge’s construction – it has been used to fund many major rail projects abroad. Recently, the Crossrail project in the UK, the Greater London Authority implemented a Business Rate Supplement, which is expected to generate £4.1 billion ($7.7 billion), contributing substantially to the total cost of the whole project of £14.8 billion ($27.9 billion).

Betterment levies, developer charges or taxes on property transactions are among the various mechanisms available to secure some of the benefits delivered by public investment. For the HSR in Australia, just how much value uplift can be captured comes down to the value capture policy frameworks and structure put in place.

“If you were to capture a substantial proportion of this value uplift, it could pay for a huge amount of the HSR,” Prof. Pettit says. “You would be looking at tens of billions of dollars just from the residential value uplift alone, without even factoring in commercial, industrial and other beneficiaries.”

“Some of that value capture could also be used to invest into housing affordability schemes. It doesn’t necessarily all need to go towards the infrastructure,” Prof. Pettit says. “It’s about ensuring that growth and benefits can be fairly and equitably distributed with maximum value.”

Business leaders committed to infrastructure progress have also endorsed the creation of an HSR to have an outsized economic and social impact on regional cities.

“High-Speed Rail can breathe new life into East Coast Australian cities and regions, driving prosperity and social equity for decades to come. It would be a gift from us to our future generations. And this study indicates the potential for achieving it. It’s time to get on with High-Speed Rail,” says Prof. Andrew McNaughton, Chairman at Network Rail (High Speed) Limited.

The report also recommends that further research be conducted into the use of value uplift financial instruments, the formulation of a national settlement plan, and creating a national cities institute to ensure the maximum benefits realisation of an HSR network across Australia.

Such initiatives would assist the nation in significantly reducing emissions in the long term and go a long way to ensuring liveable, sustainable, productive, and resilient cities are planned along the HSR, Prof. Pettit says.

“Australia is in an excellent position to capitalise on this infrastructure that would be transformational for the nation,” Prof. Pettit says. “If Government were to make a significant investment into the HSR, it would show strong leadership and vision and set up future generations of Australia into 2060 and beyond.”