Hillary Clinton is no safe bet in US election – experts

Picking a winner in the tumultuous US Presidential race is a fraught exercise, a panel of experts has told a conference audience at UNSW. 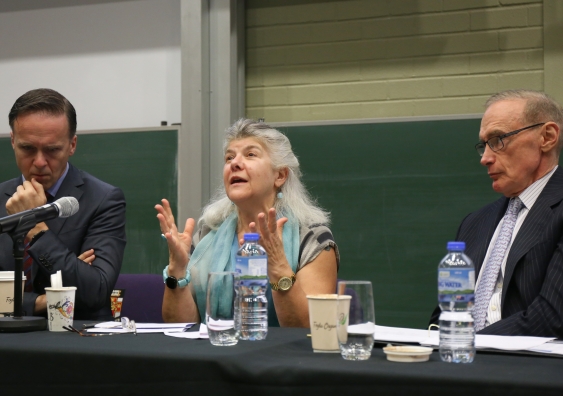 Hillary Clinton isn’t a safe bet to win the US Presidential election and a small percentage of voters will hold the key to victory, a panel of experts told the Australian Political Studies Association (APSA) annual conference on Tuesday.

With polls showing Hillary Clinton and Donald Trump running neck and neck in the race for the White House, Professor Jennifer Hochschild, Professor of Government at Harvard University and president of the American Political Science Association 2015-2016, said she thought Clinton would win the election “but I’m not prepared to bet more than 50 cents on that”.

The campaign had thrown convention out the window and made predictions difficult, she said.

In what moderator Anne Summers referred to as the warm-up act before the first Presidential debate between Clinton and Trump, Professor Hochschild, the US Study Centre’s Professor Simon Jackman and former Foreign Minister and former NSW Premier Bob Carr kicked off the second day of the APSA annual conference at UNSW with a plenary session on the US election campaign.

All three agreed that the five to ten per cent of undecided voters were the key, but even their behaviour was difficult to pin down. “Conventional wisdom is that they don’t decide until long after Labor Day (the first Monday in September) but this election? Who knows?” Professor Hochschild said.

She added: “I don’t think Hillary is safe. I do think she will win but the result will rest on a small percentage of the population who are either clueless or undecided.” 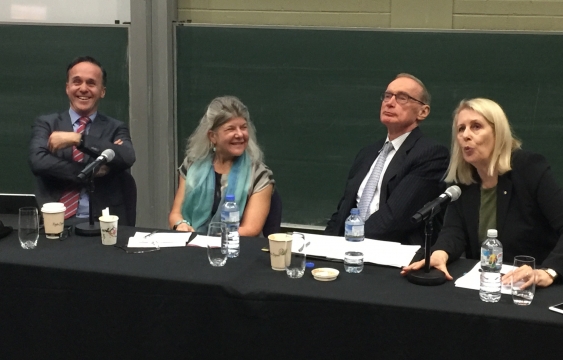 Professor Jackman said that while national polls were showing Clinton up by a few percentage points, the state polls were of more interest in a contest that was basically a series of 51 winner-take-all elections. “In some key states, such as Ohio, Trump is up by half a percentage point and North Carolina is essentially tied,” he said. That said, there appeared to be many more pathways to a majority vote for Clinton than for Trump.

Mr Carr agreed on the significance of state polls, saying they revealed that “all of a sudden, this catechism that Donald Trump doesn’t have the votes begins to disintegrate”. He added: “I don’t think any of us can be confident that this demagogue can’t win.”

Even if Trump lost, Mr Carr feared what might come next. “Who will be the demagogue next time? That really does frighten me more than Trump’s possible victory this time,” he said.

The panel agreed that a terrorism act – whether a mass atrocity or a “lone wolf” attack – would only help Trump. Mr Carr said the nature of any such attack would be the key.

“If an attack were committed by someone who was let in to the country as a refugee, it would slot in perfectly to Trump’s rhetoric,” he said, adding that Trump would happily recite those four powerful words: I told you so.

A crime committed by a Mexican who had entered the US illegally would likely win over some voters who might have been unsure, he added. “You are looking at the role of outside events in determining an election,” Mr Carr said. 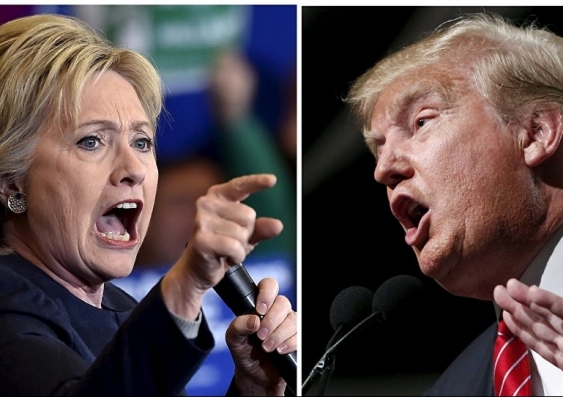 Asked how Trump would work with Congress if he did win, Mr Carr was blunt: “Very badly.”

“He would find the presidency an intolerable job. A psyche like his, working in that collaborative fashion and with a Speaker who is not obliged to enact any of his programs … I think this is one of the 100 reasons to fear a Trump presidency,” Mr Carr added.

Professor Hochschild even suggested that Trump might not stick around if he won. “We should be paying more attention to who else is down the line, especially in the vice-presidency, because Trump might well resign,” she said.

“I think the crucial question is does he actually have any interest in government or does he have someone behind him who will put these executive orders on his desk and say ‘sign this’,” she said.

In such a tight race, Professor Jackman noted that Trump would be ruing that he hadn’t mobilised more supporters on the ground in key states like Ohio, as Clinton has done so successfully.

Professor Hochschild said one of the reasons Clinton caused such a negative reaction among some voters was that she represented old-school politics. “She has extraordinary experience, she knows the policy world and for people like us who think facts matter, that’s great. But for much of the rest of the United States, that’s part of the problem,” she said. 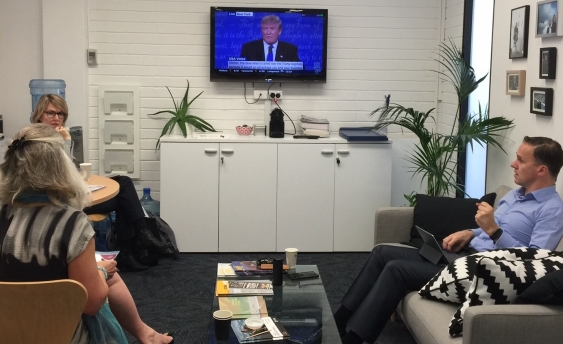 After their session, Professor Hochschild and Professor Jackman retired to the UNSW media office to watch Clinton and Trump go head to head in their first debate.

Trump declaring that $650 million of annual income “isn’t a lot of money” elicited laughs and prompted Professor Hochschild to suggest this might be the moment that his campaign came undone.

At the end of the debate both agreed that Clinton had come out ahead, but Professor Jackman thought Trump had landed some blows.

Clinton did well and “laid out details but kept them simple” while Trump was “kind of bullying”, Professor Hochschild said.

“A lot depends on how many people think making a lot of money is a virtue and whether you are successful in business means you will be successful in government,” she said.