Our love of history is a jealous one that seeks to control the story and license those permitted to write it, writes Christopher Kremmer. 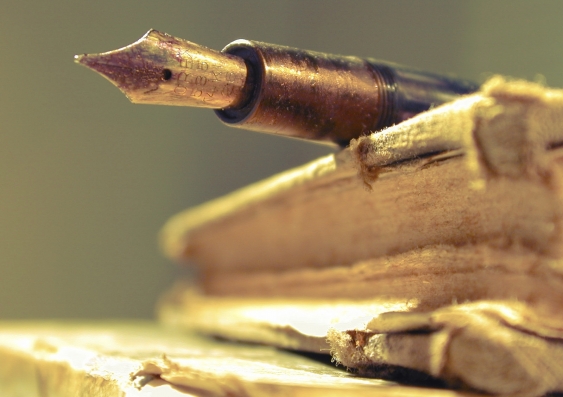 OPINION: We all love history. It helps us get our bearings, comforts us with the knowledge that we are part of the larger human narrative. But our love of history is often a jealous one that seeks to control the story and license those permitted to write it.

In 2006, at the height of the mudslinging that began when Kate Grenville allegedly claimedher novel The Secret River (2005) was a new form of historiography, historian Inga Clendinnen countered that the novelist’s only “binding contract” with their readers was “not to instruct or to reform, but to delight”.

The message was clear: if it’s reliable history you’re after, trust the experts (historians), not liberty-taking literary artists.

But is the line between truth and fiction really so clear when it comes to history? And if not, is there scope for historians and novelists to re-engage, with a view to learning from – rather than bludgeoning – each other?

It is difficult for many to imagine a solution to any practical difficulty arising from within the annals of literary theory. Yet the work of two great scholars with a literary bent – the late Russian philosopher and critic Mikhail Bakhtin, and the very much alive historian and criticHayden White – provides scope for a rapprochement.

Let it be said immediately that a large measure of contention is a healthy thing in intellectual and public discourse. In a sense, that is the point that this reading of Bakhtin and White’s work on historiography seeks to make.

For White, historians should be more mindful of the effect their use of narrative storytelling techniques adapted from fiction can have on their non-fictional stories about the past. Narrativisation, in White’s words:

Put simply, a set of ten facts may be capable of sustaining a variety of meanings depending up how they are narrativised and interpreted. The facts of a long-lost past do not speak for themselves. Though the archive is rich, it is patchy in parts and full of lacunae. If we can’t know all the facts, how can we know the whole truth?

White resists the assertion that only historians have a legitimate role. Novelists, poets and playwrights too have a concern with observable events of the past, but unlike historians they also deal with “imagined, hypothetical and invented ones". He calls neo-historical fiction “the dominant genre and mode of postmodernist writing”.

Openness to history’s failings and the possibilities of historical fiction is often associated with a kind of anti-historical nihilism ascribed to postmodernist thought.

A reading of White’s Tropics of Discourse (1985), in which he pillories Michel Foucault’s approach to history as an attempt “to destroy it as a discipline, as a mode of consciousness, and as a mode of (social) existence", suggests this is not necessarily the case.

Celebrated critic David Lodge once suggested the work of Mikhail Bakhtin could provide a way out of the opposition between humanist and postmodernist thought.

Bakhtin challenged the structuralist concept of language as a system of signs, positing it instead as a social activity in which the meaning of words is generated in the flux of human polyphony.

Along the way, he insisted that dialogic discourses were impossible unless orientated towards referential objects, such as the events of history. He lauded the novel as a revolutionary successor to the anachronistic epic with its “single and unified world view, obligatory and indubitably true for heroes as well as for authors and audiences”.

This month’s premiere of the television adaptation of The Secret River is a timely reminder that once the binary concept of true and false histories is admitted, history “wars” inevitably follow, eerily mimicking the real wars that histories chronicle.

In truth, most historians and novelists admire each other’s work, and well understand how it differs and what it shares in common. But headline-grabbing history warriors have conveyed a different impression, conflating what should be thoughtful discussions about the many ways we write history with existential anxieties about postmodernism.

It is galling, but inevitable, that the work of a good historian who cannot write well will enjoy less salience than that of an amateur historian who happily constructs and publishes heavily mythologised epics. The ability to narrativise is the key to literary, social and political power, for better or worse.

Rather than engaging in turf wars, historians and novelists might more usefully share a dialogue about that.

Christopher Kremmer is a senior lecturer in Journalism in the School of the Arts & Media at UNSW.

Issues that swung elections: The 'credit squeeze' that nearly swept Menzies from power in 1961