We still need to do more to reduce stigma and discrimination towards people living with HIV, says UNSW Research Fellow Timothy Broady. 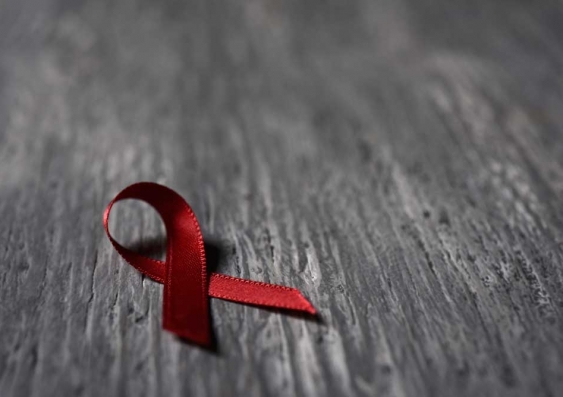 The theme of this year's World AIDS Day is 'Communities make the difference'. Image: Shutterstock

World AIDS Day is held on 1 December and while we may have navigated away from the fierce stigma around HIV observed back in the 1980s and ’90s, research suggests it continues to inflict significant harm on the lives of people living with HIV today.

Dr Timothy Broady, a Research Fellow in the Centre for Social Research in Health at UNSW Sydney, says while HIV-related stigma wasn’t directly measured in the 1980s and ’90s, it’s likely that it has reduced since that time.

“Recent evidence from the Stigma Indicators Monitoring Project suggests that stigma towards HIV has declined in recent years, though there is still significant work to be done,” Dr Broady says.

Stigma towards and discrimination against people living with HIV are driven by a number of factors, including erroneous perceptions, misinformation about transmission and dated concepts or beliefs about HIV.

While there has been a positive shift in attitude over the last few decades, Dr Broady says we still need to do more to reduce stigma and discrimination, as stigma is still reported by more than 50% of people living with HIV.

Dr Broady says it’s difficult to say exactly what has caused changes in attitudes over the years towards people living with HIV. However, support and advocacy organisations such as National Association for People with HIV Australia and the Australian Federation of AIDS Organisations (and their member organisations) have made significant contributions in increasing awareness and understanding of the reality of living with HIV and dispelling many myths.

“Personal contact with someone living with HIV is one of the strongest predictors of reducing stigmatising attitudes. This speaks to the potential for Positive Speakers Bureau initiatives or public campaigns that allow the general public to experience this contact and challenge preconceived ideas about HIV itself, as well as people affected,” Dr Broady says.

“Our recent work has also demonstrated that social support acts as a buffer against the negative effects of stigma for people living with HIV.”

The impact of stigma and discrimination on wellbeing

Stigma is widely identified as a barrier to accessing HIV prevention and care services. It has also been strongly associated with low social support, poor physical and mental health, and healthcare access.

“People living with HIV experience stigma from a range of sources. Our research reveals 51% of participants in 2016 and 33% in 2018 felt they were treated negatively by health workers because of their HIV.

“In another survey, we found that 44% of healthcare workers had witnessed colleagues behaving negatively towards patients because of their HIV. Discrimination in healthcare settings can reduce the likelihood that people living with HIV will remain engaged in healthcare, therefore, potentially not receive the treatment and care they need,” Dr Broady says.

Dr Broady says their research also reveals stigma has been reported from other sources, including employment (19%), family (38%), friends (41%), sexual partners (69%), and the media (70%). Each of these sources can have unique consequences for the health and wellbeing of people living with HIV in terms of social connections and wellbeing.

In the lead up to World AIDS Day 2019, Donald Trump Jr. used social media platform Twitter, to respond to an online opinion piece that was written to help educate and raise awareness of HIV transmission. The opinion piece, What you stand to lose by not having sex with people with HIV, elicited the following tweet from Mr Trump Jr, “Well I can think of one thing.”

HIV advocates and educators responded to the tweet by proclaiming the statement as uneducated, insensitive and compounding the stigma of living with HIV that support and advocacy groups work tirelessly to reduce.

While many HIV programs have a prevention focus, research suggests increasing knowledge about transmission may have ancillary benefits in reducing stigma.

“Importantly, HIV is not a death sentence – as it was portrayed in the 1980s – but is a manageable condition,” Dr Broady says.