Home and happiness: for some it’s about the neighbours

For tertiary-educated workers their house matters, but for workers without a degree, happiness is more about the neighbourhood, new research suggests. 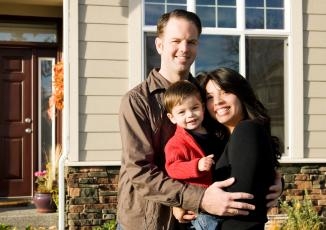 For tertiary-educated workers their house matters, whereas for workers without a degree, happiness is more about the neighbourhood, new research suggests.

The findings, presented at the 2013 Australian Social Policy Conference at the University of New South Wales, also reveal money can buy happiness, but only up to a certain income.

UNSW researcher and public policy consultant Dr Ioana Ramia says happiness really is in the eye of the beholder with people’s level of education changing what contributes to their satisfaction with life.

Dr Ramia says there are two ways of interpreting the data.

First, she says, tertiary-educated people tend to concentrate in metropolitan areas where there are housing shortages. “If there is shortage of one item, such as housing, people who are more affected by it will respond by valuing that item more,” she says.

The role of income in determining happiness also differs between tertiary and non-tertiary educated people with a lack of money having greatest impact on those who have gone on to further study.

Poverty hits the tertiary educated hardest, with Dr Ramia’s work showing a strong negative impact on this group when they fall into the lowest 25 per cent income bracket.

“It would seem that, for the tertiary educated, money only ‘buys happiness’ to the extent that it keeps one within ‘decent’ standards,” she says, pointing out the effect of income on happiness plateaus for this group at a household income of $87,000 a year.

As people move out of the lowest 25 per cent income bracket the overall impact of income on life satisfaction lessens peaking at the third quartile. “Moving into the ranks of the top 25 per cent richest ($178,000 household income) does not increase happiness any further,” she says.

Dr Ramia says the usual measure for wellbeing is based on a single question: ‘How happy are you with your life, all things considered?. Her research uses an in-depth measure of happiness that examines eight areas including job opportunities, finances, home, neighbourhood, local community, safety, health and free time.

This is the 14th ASPC hosted by UNSW’s Social Policy Research Centre (SPRC). The biennial conference is the country's leading event for the discussion and dissemination of social policy.