Opinion Honour thy parents, lead thy nation: Turnbull and Shorten play to the family feeling

Malcolm Turnbull's video and Bill Shorten's book are underpinned by the same idea: the love their parents had for them imbued them with the right qualities to become prime minister, writes Mark Rolfe. 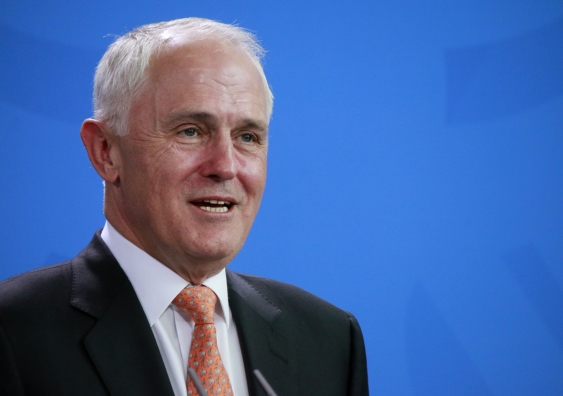 OPINION: It’s hard to imagine Robert Menzies being effusive about his father on television – he distrusted public displays of emotion. Still, in the late 1940s, an advertising agency repackaged him as “Uncle Bob” to reduce the impression among voters that he was aloof.

And you would hardly think former US president Herbert Hoover was bursting with emotion when he appeared in 1928 in one of the first political ads for “the talkies”. But he resorted to publicising his fishing trips after advice from a leading advertising man.

These examples demonstrate the perpetual need for politicians in representative democracy to personalise politics and connect with “ordinary” people. The methods and styles change with technology and decades, but the need for it remains the same.

Successful politicians have credibility, which is the most important resource in rhetoric (the study of persuasion). If an audience doesn’t trust the speaker then even the most rational argument will fall on deaf ears. Julia Gillard and Tony Abbott both faced exactly this problem.

Keep all that in mind as we explore Malcolm Turnbull’s loving tribute to his father running on social media as a Liberal Party campaign ad. It tells only of Turnbull’s relationship with his father, and of Bruce’s great love and striving for the very best for his son. It is at once non-political and deeply political; an attempt to define this election as a crucial decision about the future.

The clip reworks old Liberal themes of family that go back to Menzies, and before him to Prime Minister Joseph Lyons (1931-1939), who had 12 children with his wife Enid. Although his family was often separated because of politics, Lyons caught onto their publicity potential with numerous photographs and snippets appearing in the press of the family going about the usual things that families do, such as Christmas celebrations.

While Turnbull tells the story of his father we see vignettes of him meeting people – particularly children – in shopping centres, trains, halls and schools. Rhetorically speaking, this focus demonstrates one of the three components of credibility, which is concern for the good of the community.

In this respect, the clip is a more appealing fraction of a much more self-centred film he made in 2009. It had no ordinary people in it because Malcolm was doing what he does best – talking about Malcolm. Even his wife Lucy is brought in to talk about Malcolm.

By contrast, the current video portrays his father’s loyalty, love and focus on family. It indirectly tells us Malcolm has those same values by ending on a photo of him with his wife, children, and their spouses and children.

This approach is a new phase in the old story of personalisation in Australian politics.

Sure, there was Gough Whitlam in 1972 with the It’s Time video alluding to his war service, sport achievements, marriage, and drinking with voters. Again, this was done to make him more personable and offset the perception that he was aloof. But there was no mention of his parents and, importantly, no mention of the Labor Party. The focus was on him.

By 2007 we witnessed Kevin Rudd in an ad with a brief mention of his parents and upbringing as a means to discuss the policies that would improve the lives of Australian families.

Turnbull’s 2009 and 2016 videos are more substantial moves in this leverage of parents, upbringing and values for a political project. In rhetorical terms, this is to persuade us politicians have the right character, a second attribute of credibility.

Bill Shorten does this in his recent book For The Common Good. Like Turnbull’s father, Bill’s working-class parents worked hard for their children, didn’t have much money but prioritised the boys’ education and insisted on church attendance every Sunday.

There, young Bill was drilled with the Jesuit slogan “Men For Others” and thus propelled into unions and politics in order to do good. His biographical chapters are launching pads to his discussion of education and other policies for families.

They also convey his immersion in Labor ideals as community ideals. The aim is to counter charges of being a self-interested union leader turned political hack.

Interestingly, his story is similar to the one told about Barack Obama in A Mother’s Promise of 2008. The video opens with a focus on ordinary people, not the candidate, and with the words:

It’s a promise we make to our children: that each one of us can make what we want of our lives.

It gets the audience onside at the beginning in a way that Turnbull’s 2009 piece doesn’t.

We find that Obama’s mother, a single parent, worked hard to put him through school, taught him the values of hard work, discipline and concern for others, which in turn propelled him into politics. We hear that his grandparents served in the second world war.

In other words, this film accords with the contours of American campaign biographies that stretch back to 1824 in projecting the “right” values for a citizen to become president.

By comparison, Turnbull’s 2016 film has difficulties of persuasion. Like the earlier version, the casting of Bruce as a battling single parent who struggled but “kicked a few goals” – frequent sporting metaphors are useful – understates that as a hotel broker he bequeathed A$2 million in 1982 (A$7 million in 2016) to his son. Fairly or unfairly, the unspoken presence in both films is Turnbull’s wealth.

More importantly, all good political ads rely on people’s general knowledge to fill out their meanings. This was the great virtue of Whitlam’s video, which tapped into ideas of 23 years of a tired Coalition government, the Vietnam War, universities, the interests of women, pensioners, indigenes, migrants, the new political values and a range of policies. These things are never specified but the opinions of most voters were nevertheless reinforced, which is the nature of persuasion.

Turnbull’s 2016 video hopes voters will assume his plan will help their children and assure our future. But the links to communal knowledge are unclear and thin, and the political points to be drawn from it are uncertain.

Apart from this difficulty in defining the election, the video seems to be an admission that, after all these years in public life, people don’t really know Turnbull. So Labor’s accusation that he lacks connection with ordinary people seems to have worked to some extent.

Mark Rolfe is a Lecturer, School of Social Sciences, UNSW.

Election explainer: when does the government enter caretaker period and what does it mean?