Opinion The horror at the heart of Australian cinema

We need a total turn-around in the way we approach the film industry: we need to put distribution and exhibition at the forefront of our policies and our approach to attracting and developing audiences, argues Lauren Carroll Harris. 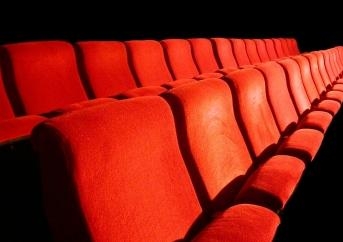 OPINION: There’s more than one reason the new Australian film Patrick – released last month – is a horror story. Sure, it’s a fright flick, based on the 1978 orginal, in which a creepy coma patient uses telekinesis to wreak havoc while totally immobile.

But the really horrible thing is that this very fun Friday-night film has burned at the box office, taking a tragic A$2,654 – essentially nothing – in its first weekend. Why?

In many ways, it’s what critics of Australian films say there should be more of: crowd-pleasing genre films. But it opened on six sad art-house screens, and pursued an invisible distribution strategy that ensured its destruction. It has been yanked off cinema screens and replaced by better-performing films already.

Film distribution. It sounds like the most niche thing – something to be scrutinised by film industry insiders. Why should film distribution matter to us?

Because there are too many Patricks – good films with failed distribution strategies.

Because the way the film industry works is that finance is spent producing films and made back distributing them. But while government funding means we have some (limited!) means of producing films, we’ve remained cut off from the means of distribution: the way they reach their audiences and are sold and watched.

And because, beyond the economics, the vitality of Australian cinema is something that should matter more, that enriches this country.

The craziest thing is that Patrick is a mainstream film. It’s not a sadistic, gory slasher: it’s a funny and silly and camp horror-romp with great actors such as Rachel Griffiths.

But it’s doomed to die in the art-house ghetto, corralled away from its ideal audience member, the cashed-up teenage guy at the local mall’s multiplex.

Should we be shocked when local films fail to reach audiences after opening on a handful of screens, and on video-on-demand and DVD a undetermined months down the track when the marketing and news of their release is well and truly lost in time?

By way of testing this hypothesis, let’s conduct a little test. There are three new Australian films that have opened in the last month or so: Patrick, Mystery Road andThe Turning.

I’ve seen them all and I’d seen them again (in fact, I did see Mystery Road again); they’re as good or better than most of the films in wider release this week. But look in your local paper, search Google and see how many cinemas within a 20-minute drive from your house are playing them.

It’s not easy, is it? Local films are largely inaccessible, unavailable at the cinema. And that’s a big part of the problem.

Although many have talked about the economic impossibility of competing with the mega-might of the Hollywood machine – essentially an imperial force in the cinemas – it is worth emphasising that, the distribution sector is the mechanism that allows Hollywood’s domination of film screens.

Why would a multiplex chain take on a film such as Patrick? Its main interest is to serve its corporate partners, the major distributors. This market domination circumscribes filmmakers’ access to screens and audiences’ choices.

It constitutes a major part of what limits the possibility of a more diverse film culture – Australian audiences don’t really get to choose what’s available to watch on Australian screens; Hollywood distributors do.

The result is a two-tier film distribution market, in which the big films get big releases and local films are shut out from mass audiences, left to vie for a handful of art-house screens.

Recently, some have argued steering away from feature-film funding to high-end television.

There’s truth to this, but it’s symptomatic of something bigger: we need to examine how and where audiences are accessing local content and reorient to these popular viewing sites. Access and availability: these are the lynchpin words.

Audiences for local content are coming through DVD, online and television, rather than the cinema. There are many titles such as Patrick that cannot survive in the cinema market – a fact that has nothing to do with their quality – but are much better suited to the lively audiences at festivals, on video-on-demand or through creative, boutique releases such as The Turning.

We need a total turn-around in the way we approach the film industry: we need to put distribution and exhibition at the forefront of our policies and our approach to attracting and developing audiences.

The Australian film industry is not limited to the production sector or the cinema. Television, DVD and video-on-demand are where audiences are watching local content: they should be seen as the main domain for first-run Australian film features. The myopic spotlight on production and development has to end. It’s time to ditch the box office focus.

We need a new distribution model for the digital age.

Lauren Carroll Harris is completing her PhD in film studies in the School of the Arts and Media, UNSW.