The well-being of low-income households is being seriously undermined by the increasing cost of housing and electricity, write Alan Morris and Lynne Chester. 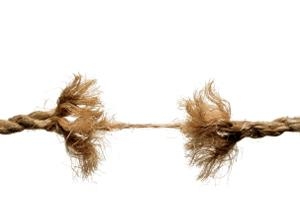 OPINION: The well-being of low-income Australian households is being seriously undermined by the increasing cost of housing and electricity. Many such households are suffering from both housing stress and energy poverty.

No Australian studies have examined the link between housing stress and energy poverty, and its effect on well being. But findings from our current research suggest that they often go hand-in-hand, and financial hardship is an ever present reality in the households concerned.

The extent of housing stress

The data on housing stress alone is well developed. The COAG Reform Council’s annual report on the state of housing in Australia, paints a dismal picture. In 2009-2010, 42% of low-income households in the private rental market were suffering from housing stress, up from 37% in 2007-08.

More than half of private renters in the lowest 10% of households by income were in housing stress during this period. The same report concluded that in 2009-10, 37% of low-income households with a mortgage were also suffering from housing stress.

The extent of energy poverty

The proportion of low-income households suffering from energy poverty is less clear. What is evident is that increases in electricity prices have far outstripped inflation and wage increases.

An Australia-wide snapshot of average electricity price increases over the past five years shows that New South Wales household electricity prices rose 80%, Queensland, South Australia and Tasmania by 60%, and in Western Australia by 57%. Over the same period the Consumer Price Index rose by 14.5%, and average weekly earnings by over a quarter.

So now an increasing number of low-income households are suffering from energy poverty. Australian Bureau of Statistics data show that in 2009-2010, the lowest 20% of Australian households had an average weekly income of $314. Their average expenditure on household energy was 7% of disposable income – three times more than the wealthiest households. These figures don’t take account of the more recent substantial electricity price increases.

Indeed, our research signals that much higher proportions are now being paid. This partly confirms the NSW Independent Pricing and Regulatory Tribunal’s recent estimate that 5% of Sydney households, and 8% of households in country New South Wales were paying more than 10% of disposable income on electricity bills.

In Victoria, electricity and gas bills have been found to be the greatest cause of rental arrears (63% of cases). And the ABS found nearly 40% of the two lowest household income groups were unable to pay electricity, gas or telephone bills on time during 2010.

The toll on well-being

There’s growing evidence that the combination of housing and energy stress can have serious impacts on health. Since mid-2000, the not-for-profit sector has provided snapshots of such difficulties as low-income households cut back on essentials in order to pay for electricity.

The Salvation Army recently found that in regional New South Wales, just over half the people are going without meals to pay for electricity. A third of these people could not afford to heat their homes.

In 2010, the Wesley Mission concluded that more than two-thirds of financially stressed households were making sacrifices to meet electricity price increases, and 10% were unable to meet the cost.

Research by one of the authors on older private renters under housing stress found the impact was often devastating; interviewees told of how they were unable to feed themselves adequately or replace essential items.

Social isolation was also a common problem. After paying for accommodation, electricity and telephone, there was no money left to engage in the world. As one interviewee said, “Well you sort of think what you can do with $2.50 [the cost of a public transport day pass]. That’s a loaf of bread type of thing.”

Besides the physical implications of inadequate nutrition, the psychological implications of housing stress and energy poverty can be profound. Many of the interviewees were plagued by constant anxiety and depression was common. The not-for-profit sector is also reporting that these impacts of housing stress and energy poverty are becoming more widespread.

These are “real” live consequences of public policies on Australia’s 3.5 million low-income households. And they are, for the large part, being ignored by the political debate.

Dr Alan Morris is a senior lecturer at the School of Social Sciences at UNSW.

Dr Lynne Chester is a senior lecturer in the Department of Political Economy at the University of Sydney.