Aboriginal women only make up between 2% and 3% of the female population. But their rate of imprisonment has soared to a record high of 35%, writes Elizabeth McEntyre. 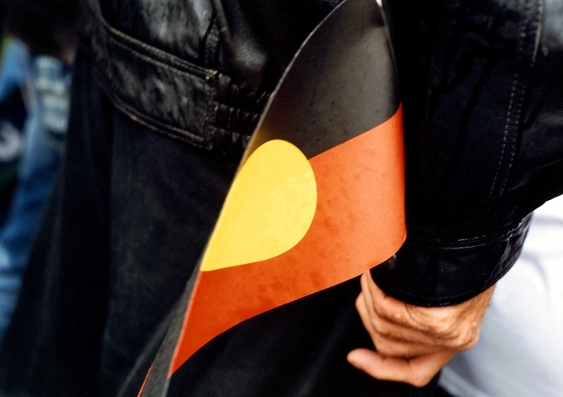 The needs of Aboriginal women with disabilities are not being met by any human service system, research shows. sidkid/flickr, CC BY-NC-ND

The Indigenous Australians with Mental Health Disorders and Cognitive Disability in the Criminal Justice System (IAMHDCD) project, which draws on a vast dataset of 2731 people who have been in prison in NSW, shows just how badly the system has failed Aboriginal women.

We tracked this group’s contact with police, courts, legal aid, juvenile justice and adult corrections, government housing, disability, hospitals and community services. We found that Aboriginal women with mental and cognitive disabilities were the most disadvantaged of those in our study, and the situation is worsening.

Aboriginal women in the group had been in adult prison an average of ten times over their lifetime, compared with their non-Aboriginal counterparts who averaged six prison terms.

Compared to Aboriginal men and non-Aboriginal women, Aboriginal women have more complex needs. That means poorer mental health and well-being, as well as cognitive impairment, including intellectual disability and acquired brain injury. They are also more likely to have multiple disabilities and health problems.

Data is one thing. But it was only by interviewing Aboriginal women, hearing their stories and seeing the human impacts that we were able to get a better grip on why these patterns were emerging.

The interviewees shared a lot of knowledge with us about their lives and their experiences. Most of the Aboriginal women interviewed had multiple and complex support needs, and had been in prison, were at risk of going to prison, or were already in prison.

One Aboriginal woman who was imprisoned in the Northern Territory, far from her country and family support, had such an extreme intellectual disability that she had no awareness of her earliest release date. She had very little capacity to access disability support services after release into the community.

Another Aboriginal woman who had mental illness and cognitive disability had been remanded in a NSW prison for more than 12 months. While in custody, she was being cared for by an older Aboriginal woman prisoner suffering with post-traumatic stress disorder brought on by violence, and mental and emotional abuse from intimate partners.

A younger Aboriginal woman in her mid-20s who had been diagnosed with brain damage from inhaling petrol as a teenager had been detained as a juvenile and imprisoned as an adult four times.

It is clear these Aboriginal women’s needs are not being met by any human service system; they are landing in the criminal justice system because of serious policy and service gaps.

Australia has a poor record when it comes to Aboriginal and Torres Strait Islander women and their contact with criminal justice systems.

We’ve had a few reviews, like the 1985 NSW Women in Prison Task Force and the NT’s Addressing the Needs of Female Offenders in Prison: Policy and Action Plan 2007-2012. Five of the 339 recommendations of the Royal Commission into Aboriginal Deaths in Custody National Report referred to Aboriginal women.

These reviews have highlighted areas in need of improvement to better respond to the needs of Aboriginal women. These include police relations, access to Aboriginal Legal Services, courts and sentencing, bail applications, services provided in prison, access to probation and parole and post release care, as well as Aboriginal women-driven research.

Early intervention and diversion into holistic, therapeutic, culturally responsive, community-based support, case management support services, housing support and disability support pensions could help break the cycle of imprisonment for many of these women.

This is the second in a series of articles by this research team. Click here to read more on the Indigenous Australians with Mental Health Disorders and Cognitive Disability in the Criminal Justice System (IAMHDCD) Project.

Elizabeth McEntyre is a PhD Candidate in Social Work and Criminology at UNSW.

How to break the silent codes of family and sexual violence