In Apartheid’s Shadow explores how apartheid, and the vast transnational movement against it, is a difficult reminder of Australia’s own racialised past and discriminatory present. 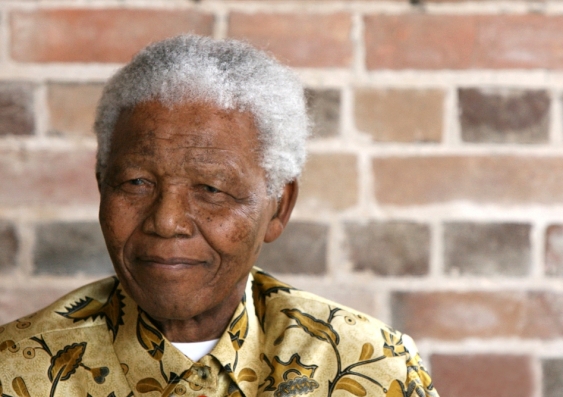 From 1948 until Mandela was released in 1990, South Africa consolidated a uniquely brutal racial system. Credit: Shutterstock.

COVID-19-related racism. Closing the Gap. Indigenous voices to Parliament. As the ABC claimed when promoting a recent documentary about Indigenous AFL star Adam Goodes’, ‘racism is a word Australians find very hard to talk about’. Ironically titled The Australian Dream, the film exposed not only the deep strands of racism in sport, but in society generally.

Similarly, my book In Apartheid’s Shadow: Australian Race Politics and South Africa explores important but largely neglected issues in sport and politics that turned a searching international spotlight on racism in modern Australia.

Roger Bell's book is based on archival research.

Legislated from 1948, so-called ‘cradle–to-grave’ apartheid in South Africa was the most extreme – and widely condemned – system of institutionalised racial segregation. As a report from a Sydney Morning Herald journalist working in Johannesburg in 1952 stated: “This policy, known as ‘apartheid’, is the trigger that has fired racial explosions in South Africa and sent the echoes rumbling round the world”. My research found that in no country were these rumblings louder than in so-called ‘White Australia’.

In Apartheids Shadow explores the involvement of Australia’s people and governments in the protracted struggles provoked by apartheid – from the complacent Menzies era to the fractious years of the Whitlam Labor government.

Although in some ways a very personal history, In Apartheid’s Shadow is based on extensive archival research, especially recently declassified Cabinet papers and diplomatic reports from Pretoria. It also uses UN investigations, parliamentary debates, non-government organisations and anti-apartheid movement papers, newspaper reports from Australia and South Africa, and participant interviews.

During the 1950s and 1960s Australia and South Africa were labelled as the ‘Sisters of the South’ and often compared as ‘White Man’s Countries’. And post-war Australia remained South Africa’s closest friend and ally. Australia held “firmly and uniquely” to this bilateral friendship.

From the 1940s until the early 1970s, economic and defence links continued to grow. Even more controversially, despite global condemnation, cultural and sporting links expanded. No country fought harder to defend South Africa’s sovereignty, protect its security interests, or play sport – rugby, cricket and tennis - with all-white teams from South Africa, than did Australia.

Because of its continuing support for South Africa, and identification as a state of ‘white supremacy’, Australia was obliged to address urgent ethical questions. These had both domestic and international implications. There were vast debates in the press about the morality of ‘White Australia’; about the question of racism in Australian political life and national culture; and about whether racism should define the nation's image abroad.

Some might see this book as an example of what former PM John Howard labelled a Black Armband History. But I reject such a claim. Paradoxically, the evidence shows that the shadows cast by apartheid helped bring crucial reforms to race and rights in what Aboriginal activists called ‘our own backyard’. While ever we were identified uniquely as parallel with apartheid, we risked being shunned and sanctioned in the international community, and unable to find acceptance or economic prosperity in the Asia-Pacific.

International criticism meant we had to examine policies towards Indigenous Australians and non-European immigrants. So, unexpectedly, apartheid in South Africa raised issues that accelerated legislative reform and rejection of ‘white Australia’.

In contrast, South Africa from 1948 until Nelson Mandela was released in 1990, took a very different route. It consolidated a uniquely brutal racial system and ignored trenchant international criticism.

This book indicates that we’ve always found racism hard to talk about or acknowledge historically. It has a direct relevance to current debates on racism and our history of discrimination – both against indigenous people and also against prospective migrants or refugees from non-European countries. Issues of indigenous rights, equality, identity and race remain deeply divisive questions. But if the formal architecture of white Australia was largely dismantled by the mid-1970s, the racial ideas that for generations defined our nation have receded slowly and unevenly.

Roger Bell is an Emeritus Professor in History at UNSW Sydney.