Opinion How can more people be on unemployment benefits than before COVID, with fewer unemployed Australians? Here’s how

You might be surprised to know that many unemployed Australians are not on unemployment benefits. And then came COVID – which saw a big shift in how many people were able and willing to claim. 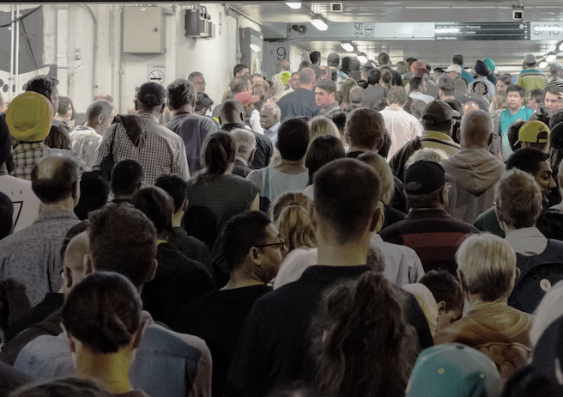 So low is Australia’s unemployment rate, the official count says there are now just 580,300 people unemployed – the least since 2009, when Australia’s population was one-sixth smaller than it is today. Compared to just before the start of the pandemic, 184,800 fewer Australians are now unemployed.

Yet surprisingly, the number of Australians on unemployment benefits (now known as JobSeeker and Youth Allowance Other) remains higher than at any point before the pandemic, at 935,300. This is 49,100 more than before COVID.

The apparent paradox has some people questioning the unemployment figures, while others are asking whether there are people getting benefits who should not.

We think we have worked out a lot of what’s happened, and – to jump straight to one of our important findings – it isn’t the unemployment figures that are at fault.

You might be surprised to discover that many Australians who are unemployed are not on unemployment benefits.

Prior to COVID, the Parliamentary Library found only about 30% of unemployed Australians were on benefits. It used the Bureau of Statistics survey of income and housing to estimate the overlap between benefits and unemployment.

Even odder, many of the Australians on those benefits (paid to those with the “capacity to work now or in the near future”) are not unemployed as defined by the Bureau of Statistics and international statistical agencies.

Some are not seeking and not available for work. Others are in part-time work, able to get benefits because their employment income is low – but therefore not unemployed.

Unemployment and benefits used to move together

For most of the past 40 years, the number of people on unemployment benefits and the number unemployed have generally tracked each other, although since 1994 there have been more people on benefits than unemployed.

So what explains what’s happened since COVID?

One thing to note is that it is perfectly legal to receive unemployment benefits if you have a part-time job. In fact, Australian governments have been trying to encourage this since the 1980s.

The Bureau of Statistics and international statistical agencies define “employed” as at least one hour per week. Yet the Department of Social Services makes JobSeeker available to low-income Australians working casual and part-time.

Also in December 2019, 407,000 people (about half those receiving unemployment benefits) were classified as “non-jobseekers”.

“Non-jobseekers” can receive JobSeeker in a range of circumstances, including

How many people there are in these situations now is hard to determine, not least because the Department of Social Services stopped publishing the number of “non-jobseekers” when the benefit started being called JobSeeker in early 2020.

Among those not receiving unemployment benefits would have been

Many chose not to claim – and then came COVID

Not all people eligible for unemployment benefits claim them.

Among the reasons identified in international studies are lack of information, the level of benefits (some can be so low it is not seen as worth the effort) and stigma.

Since 2015, there has been considerable publicity given to a government program presented as recovering overpayments known as “Robodebt”. This might have discouraged people from claiming, at least until the widespread distribution of benefits during COVID.

Read more: Coronavirus supplement: your guide to the Australian payments that will go to the extra million on welfare

And then came COVID. In just four months between March and July 2020, the number of unemployed people shot up 220,000, the number on unemployment benefits soared 735,000 and the number employed plunged 533,000.

During those months, the highly-publicised Coronavirus Supplement effectively doubled the size of unemployment benefits and removed much of the stigma associated with claiming them.

As well, many of the conditions that limited access to the benefits were temporarily suspended.

These included preclusion periods, making instantly eligible not only the people who lost their jobs, but also people already unemployed who had been ineligible.

More people have stayed on benefits

These more generous eligibility conditions were wound back between September and December 2020. While the number of recipients declined substantially, it remained and still remains well above the number unemployed.

We have calculated what we call “net coverage” of the JobSeeker and Youth Allowance (Other) unemployment benefits.

This excludes from the total people who the Bureau of Statistics would not define as unemployed (those with earnings from work, and those with only a partial capacity to work) and presents it as a proportion of the total unemployed.

It suggests that pre-COVID, only 44% to 52% of people the bureau counted as unemployed were on unemployment benefits.

As COVID payments peaked, this shot up to around 100% of all unemployed people being on benefits.

Even now, with special payments stopped, it remains higher than it was before COVID, at about 75%.

Put differently, on our (admittedly imperfect) measure, about one in four of Australia’s unemployed are not receiving benefits, whereas before COVID it was one in two.

The missing data we still need

What we do know is that the share of those on unemployment benefits with earnings has climbed from 17% to 21% since COVID, possibly as a result of greater take-up.

There are about 60,000 more people in part-time work and on payments than before COVID.

We also know that the number of people aged 65 years and over receiving JobSeeker has roughly tripled in the past three years (from a low base), with roughly 23,000 more people over 65 on JobSeeker.

And we know that rules limiting the access of relatively highly paid seasonal workers to JobSeeker will have worked differently during COVID, as many will not have had the opportunity to work they had before.

This would be especially true for workers in arts and entertainment.

Also, people excluded by the residence waiting periods and temporary foreign workers are likely to form a lower share of the Australian population than before borders were closed.

Decisions made on the assumption that the unemployment rate is unreliable or that the nearly one million Australians on unemployment benefits don’t want to work would do us a disservice.