Opinion How history can challenge the narrative of blame for homelessness

While homelessness is becoming more visible, it is not new in affluent societies like Australia, writes Anne O'Brien. 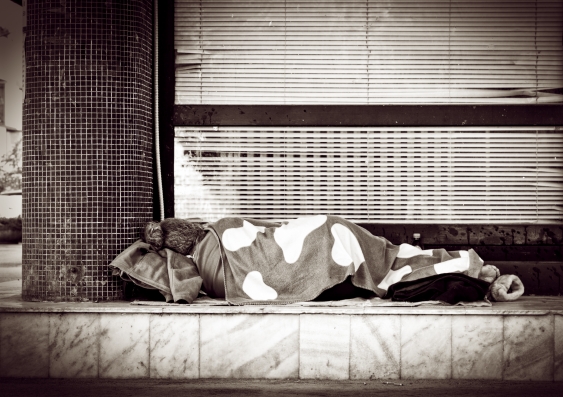 OPINION: Homelessness is a pressing humanitarian problem – one that is increasingly in the public eye. The evictions, protests, personal histories and statistical profiles of people experiencing it appear regularly in the media.

While some reports are negative, intent on portraying wasters or frauds, most seek to explain how people came to be homeless and show the experience as traumatising. Whatever their politics, almost all use the language of crisis.

But while homelessness is becoming more visible, it is not new in affluent societies like Australia. What is new is the copious evidence showing that it is possible to end – or at least radically reduce – homelessness. And taking the long view can reveal patterns that explain how and why people get caught up in conditions not of their making.

The concept of “housing first”, which has been in operation in Britain since the early 1990s and in the US since the early 2000s, shows that when people are provided with housing and support, they maintain tenancies.

Its premise is that housing is a human right. It also costs less. Research has found that people who were chronically homeless used A$13,000 less government services annually once they were housed.

So, if the problem is not lack of know-how, and if a more cost-effective option is available, why can’t we decide to end homelessness?

Some steps have been taken in Australia. In 2008 the Rudd government introduced a policy shift from managing to eradicating homelessness, promising to halve it by 2020 through a 55% increase in funding. But the Coalition cut funding in 2013.

While the 2017 federal budget increased funding by $375 million over three years, this is not enough to implement long-term strategies. The uncertainty of the budget cycle severely constrains what service providers can do.

This is a depressingly familiar scenario, but it is not set in stone. Activists and advocates achieved bipartisan support for the National Disability Insurance Scheme and, despite efforts to curtail it, it has survived. So why not bipartisan support for ending homelessness? For reviving and sustaining “housing first”?

But it’s hard to convince politicians that this is both good policy and won’t lose them the next election. And it’s even more difficult to assure voters that people experiencing homelessness are not getting it easy, when much of the tabloid media perpetuates a narrative of blame.

A clear strategy is to challenge that narrative. A recently aired SBS program, Filthy Rich and Homeless, sought to do this by showing how hard it is to lift yourself up if you have nothing. Its interviews with people actually experiencing homelessness showed the brutal combination of circumstances that got them where they were.

Understanding homelessness in historical perspective also undermines the blame narrative. Knowing that homelessness increases as a result of devastating mega-events, such as war and depression, or at times when supplies of affordable housing and paid work diminish, challenges the waster/fraud idea.

Not all become homeless in these contexts.

Showing that homelessness has waxed and waned is a key to changing the narrative, just as fluctuations in employment refute the “dole bludger” label.

Few people applied for “the dole” during the post-war boom – but once the economy retracted in the early 1970s, applications increased. Not surprisingly, this was when the notion of the “dole bludger” took off.

It is difficult to get figures on homelessness in the past. But newspapers and reports from governments and NGOs give a sense of surges in homelessness at various times.

In the 1920s, when so many survivors of the first world war suffered physical or mental disability, reports of “diggers” sleeping in the Domain were common. By the late 1930s, care homes for “burnt-out diggers” were being built in the major cities, and some veterans were utilising the resources of the old city missions.

Civilian homelessness surged in the 1930s depression – and not just among itinerant men, but among the less-visible women and young people. Records of Sydney’s YWCA hostel show women escaping family violence or suffering mental illness, both of which were exacerbated by war and depression.

One of the first surveys of homeless youth in Australia, published by the Brotherhood of Saint Laurence in 1942, shows homelessness being produced systemically across generations. Most of the boys at their hostel had run away from home “because of cruel punishments or unhappiness” or had spent their childhoods in “care”.

So, if there is a crisis of homelessness, it has been going on in Australia for a long time. This should not be cause for despair. Instead, it is a call to deploy the big picture in the campaign to eradicate the narrative of blame.

This piece was co-authored by Heather Holst, deputy CEO of community housing provider Launch Housing, who is the co-researcher on this project.

Anne O'Brien is Professor of History at UNSW.