How it pays to be philosophical about climate change

Some of the world’s leading philosophers and social scientists will tackle the debate on climate change at a key event in Paris this month, ahead of the UN Climate Conference. 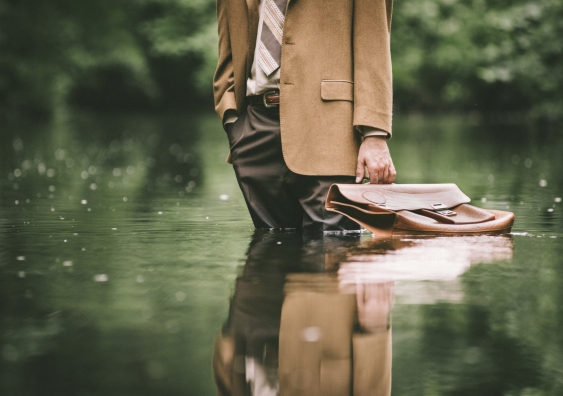 Some of the world’s leading philosophers and social scientists will tackle the debate on climate change at a key event in Paris this month (24-25 September), ahead of the UN Climate Conference (COP21).

An official part of COP21 and hosted by the Paris-based Institute for Advanced Studies, the event will explore two themes: climate transitions and moral and political philosophy; and climate, justice and low carbon transition.

The academics, including those from Oxford, Manchester and Frankfurt, will be at an event run by the office of the Mayor of the City of Paris for part of the conference.

“Thinking about the principles that make a climate transition fair is crucial,” says Professor Moss, who is part of the Practical Justice Initiative in UNSW’s Faculty of Arts and Social Sciences.

“The negotiations on emission reduction create this opportunity for discussion, but action on climate change ought not to be tied to an agreement,” says Professor Moss, of the COP21’s aims to achieve a legally binding and universal agreement on limiting human-induced climate change.

Professor Moss suggests the notion of “justice” must be central, and that as society we need to think about who controls essential services and infrastructure, such as power.

“If the mechanism by which we avert climate change is through a pricing mechanism and the poor are unfairly burdened by paying for it – that is a very unjust way of responding to climate change,” he says.

“Responding to climate change does offer opportunities for society to be more democratic. But democracy is not automatic, it must be insisted on.”

Professor Moss says rather than influencing politicians and policy, the aim of the work is to have an impact in the broader community, through a “network of thinkers”, to progress research and communicate ideas.

A previous recipient of the Eureka Prize for Ethics, Professor Moss's main research interests are in political philosophy and applied philosophy. In addition to climate justice, he is also researching the ethics of renewable energy and the ethical issues associated with unconventional gas and fossil fuel exports.

BHP is selling its dirty oil and gas assets, but hold the applause