The Coalition and Labor have outlined their plans for Indigenous health spending. There are some worthwhile pledges, but these policy promises could better reflect what our First Nations people need. 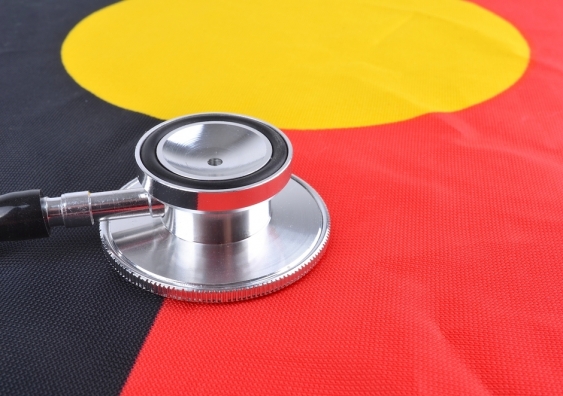 Government policies on Indigenous health have so far largely failed in closing the gap. Image from Shutterstock

The gap between Indigenous and non-Indigenous life expectancy, currently 10.8 years for men and 10.6 years for women, is actually widening.

The causes of Indigenous health inequality are complex. They stem from social determinants such as employment, education, social inclusion, and access to traditional land, rather than strictly biomedical causes.

Government policies have a critical role to play here. But funding cuts, policy incoherence, and governments retaining control over resources and decision-making explain why the gaps between Indigenous and non-Indigenous health outcomes are not closing.

Regardless of who wins the federal election on May 18, these enduring health issues affecting Indigenous Australians will require sustained and concerted policy attention.

A look at the major parties’ policy promises reveals some signs of hope, but also plenty of room for improvement.

The budget did include A$35 million for First Nations solutions to family violence, and A$10 million for the Lowitja Institute for health research.

The Coalition’s budget committed A$5 million over four years to address Indigenous youth suicide. This figure has since been increased to A$42 million following criticism from First Nations organisations and advocates.

Meanwhile, the budget directed A$129 million towards the expansion of a cashless welfare card system that operates in a number of Aboriginal communities. The card quarantines 80% of welfare recipients’ income for use in government-approved stores, and on government-approved items, to prevent spending on alcohol, cigarettes and gambling. This decision was taken despite a lack of evidence these cards reduce social harm or public expenditure.

The government also made some pre-budget commitments around Indigenous health. These included:

The Coalition also honoured a previous commitment of A$550 million for remote housing in the Northern Territory.

The Morrison government deserves some credit for its part in reaching an agreement between the Council of Australian Governments and a coalition of Aboriginal and Torres Strait Islander peak organisations in December 2018.

This agreement commits governments and Indigenous peak bodies to shared decision-making and joint accountability in devising and working towards new Closing the Gap targets.

In keeping with its election campaign emphasis on health spending, Labor recently announced a A$115 million Indigenous health package.

Labor has also promised A$20 million for sexual health promotion in northern Australia, A$13 million to combat vision loss, and A$16.5 million for the “Deadly Choices” initiative, which aims to prevent chronic disease through education.

Further, the opposition has announced a compensation scheme and healing fund for surviving members of the Stolen Generations and their families. This could help manage the effects of intergenerational trauma.

Both parties’ funding commitments must be assessed in the context of the 2014 budget cut of more than A$500 million dollars to Indigenous affairs by the then Coalition government, which only the Greens have committed to restoring.

Impacts have been severe for specific programs, especially those run at the community level. These include youth services in Maningrida (NT) and employment and training programs in Inala (Queensland).

Funding for crucial Indigenous health infrastructure and capital works is also lacking, with the current shortfall estimated at A$500 million. Many Aboriginal Community Controlled Health Services are run from old buildings in desperate need of upgrades to accommodate increasing patient numbers and rising demand for services. The Coalition recently announced an incremental increase to infrastructure funding, but much more is needed.

Neither the Coalition nor Labor has made any substantial commitment to a national Indigenous housing strategy. Inadequate, insecure and poor quality housing worsens physical and mental health through overcrowding, inadequate heating and cooling, injury hazards, and stress.

Similarly, both parties have been silent on reducing poverty in Indigenous communities. Poverty is another social determinant that contributes to Indigenous physical and mental ill-health, as well as high incarceration levels.

Labor has stated it will prioritise Aboriginal Community Controlled Organisations as the vehicles for delivering much needed health services.

As the Close the Gap steering committee’s shadow report emphasised, “when Aboriginal and Torres Strait Islander people are involved in the design of the services they need, we are far more likely to achieve success”.

The Coalition has been silent on the issue of community control, and funding reforms under the Indigenous Advancement Strategy and the Indigenous Australians’ Health Programme have destabilised the position of Aboriginal organisations.

Neither the Coalition nor Labor has outlined a response to these structural issues.

It’s difficult to identify major differences between the two parties’ Indigenous health promises. The likely impact of these polices is also hard to gauge given the significant role played by state and territory governments in service delivery.