Opinion How music festivals can change the tune on sexual violence

Sexual harassment and assault are common experiences in general. Bianca Fileborn and Phillip Wadds suggest there is no reason to assume this is any different at music festivals.

Developing informed policy on managing the dangers of pill use is more than just a health issue, says Professor Alison Ritter. Photo: Shutterstock

A groundswell of activism around sexual harassment and assault at music festivals is taking place. Australian band Camp Cope’s It Takes One campaign is calling on organisers and artists to change the culture underpinning sexual violence at festivals.

Similarly, the Your Choice movement, which was launched in 2017, promotes cultural change and encourages bystander intervention at music events.

Internationally, the UK-based Safe Gigs for Women works with venues and festivals to eliminate sexual harassment and assault.

All of these developments are occurring alongside an increasing public outcry about the pervasive and systemic nature of sexual violence. But what do we actually know about sexual violence at music festivals? And what is it about these spaces (and their patrons) that facilitate acts of sexual violence?

Social media campaigns like #MeToo have demonstrated that sexual harassment and assault are widespread and not limited to any one social or cultural setting. Nonetheless, a string of high-profile incidents and campaigns suggests that music festivals could be a hotspot for this type of violence.

There is virtually no research on sexual violence at music festivals; we are aiming to change this with our current research project. This lack of research makes it difficult to know how prevalent sexual violence at festivals is beyond high-profile, anecdotal cases that have been picked up by the media.

However, we can draw on research on sexual violence and harassment from other settings to gain some insight into what might be happening at festivals.

These statistics suggest we need to look at the social and cultural locations that young people inhabit when thinking about sexual violence.

Although most sexual assault takes place in private, residential locations between people who know each other, younger people are more likely to experience sexual assault in a wider range of locations and to be assaulted by someone other than an intimate partner.

Research in analogous settings, such as licensed venues, suggests that sexual harassment and assault are commonplace. One of the co-authors’ research on unwanted sexual attention in licensed venues in Melbourne found that young people perceived this behaviour as being pervasive and commonplace.

A Canadian study similarly reported that 75% of women in their sample had experienced unwanted sexual touching or persistence in bar-room environments.

Music festivals share many features with licensed venues that are likely to facilitate sexual violence. Large crowds of patrons, and the anonymity this provides, can enable perpetrators to sexually harass with apparent impunity.

Consumption of drugs and alcohol in these settings can also work to perpetrators’ advantage. For example, it can help downplay their own behaviour (“they were drunk and didn’t know what they were doing”), or target those who may have overindulged and become incapacitated.

Gender inequality permeates the entire industry. Research shows that women (and, almost certainly, gender-diverse people) are underrepresented, undervalued and underpaid in virtually all facets of the Australian music industry. 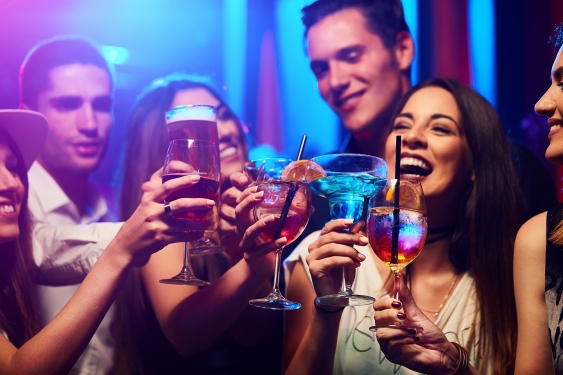 Sexual violence is known to be more likely to occur in contexts of gender inequality. This suggests music festivals – and the Australian music industry generally – may provide a cultural context in which the preconditions for sexual and gender-based violence abound.

Given all this, it’s reassuring that efforts to prevent sexual violence at festivals, and to generate broader cultural change within the industry, are taking place. However, change is slow, and pockets of resistance persist within the sector. This has led some to call for festival boycotts or to ban men from festivals.

The current campaigns feature some promising elements, particularly in their focus on bystander intervention, and encouraging influential artists and industry leaders to call out inappropriate behaviour and take a stand against sexual violence.

However, there are many other steps festival organisers could take to prevent or reduce sexual violence, and to ensure they respond appropriately when it occurs. These include:

Such actions need to occur alongside more widespread efforts and interventions. Ensuring all young people receive comprehensive sexuality and respectful relationships education is vital. And continued efforts to tackle the broader issue of gender inequality in the music industry are required.

Bianca Fileborn and Phillip Wadds are lecturers in Criminology at UNSW Sydney.