Navigating the NDIS can be a bureaucratic nightmare for participants. Labor has pledged to review the system if elected. 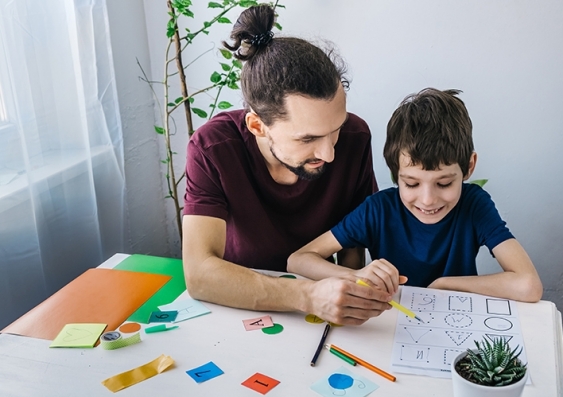 The NDIS has brought positive change to the lives of people with disability and their families. Photo: Shutterstock

Labor has announced its plan to fix the problems plaguing the National Disability Insurance Scheme (NDIS). If elected it will conduct a review into the NDIS, co-designed with people with disability.

The announcement is welcome news to voters with disability and their families. Currently they face many problems to become an NDIS participant and to keep the support they need.

A review is a good start, but it’s not enough. Another review would join a list of reviews already undertaken into the NDIS, with many recommendations ignored or only partially actioned.

The way the NDIS is currently administered makes it increasingly difficult for people with disability to access the support they need and to which they are entitled. A new co-designed review should consider how to give NDIS participants more autonomy, and how to get support right the first time, without needing to appeal NDIS decisions.

Labor has also said, if elected, it would:

Read more: What we know about NDIS cuts and their effect on people with disability

To be eligible for the NDIS a person must have a permanent disability and have a need for “reasonable and necessary” supports to their daily living.

The government estimates about 10% of people with disability are eligible.

Once eligibility is confirmed, they will be assessed for an NDIS plan that outlines the supports they need and how much funding will be allocated for them. Once funding is allocated they can choose their service providers.

Each of these steps involves decisions by the government, the agencies contracted to make the decisions, the person with disability, and their caregivers. These steps can be complicated and inconsistent between people and places, leading to many complaints, reviews, appeals and inquiries.

There have also been many reports in the past 12 months of people having their funding packages slashed, which were confirmed with an overall drop of 4% in plan sizes between 2020 and 2021.

Processes for people with disability and government to resolve disputed decisions can be lengthy, distressing and expensive, and could be avoided if the processes were simplified and more transparent. Past inquiries have suggested ways to do that, although neither party has yet committed to following the recommendations.

The NDIS was intended to simplify people’s access to the support they need. Yet one of the reasons the NDIS remains a work in progress is that it overlaps with all the other parts of government, especially other social services. 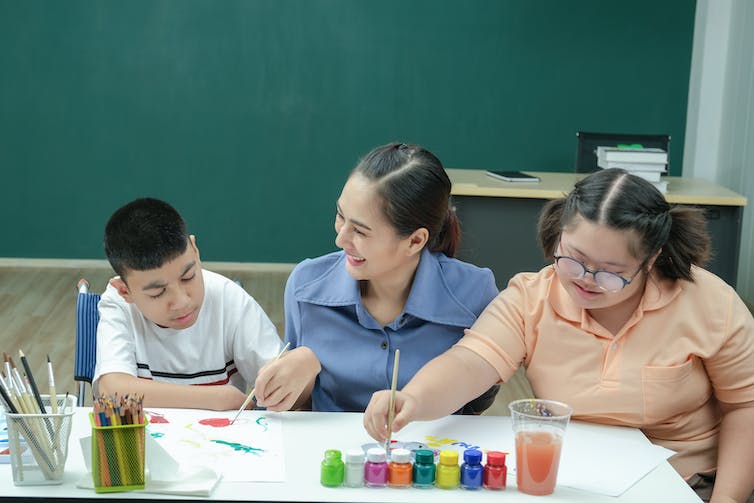 NDIS services overlap with all other parts of government, including state and federal bureaucracies. Shutterstock

The overlap means federal and state governments need to work together, which is always difficult. Added to the mix is that NDIS support providers can include registered and unregistered organisations across the private sector, non-government agencies and people who are self-employed, who are also adapting to and navigating a complex system.

It’s very difficult for each of these often-disconnected NDIS supports and other social services to collaborate to effectively support someone in ways that meet their needs.

Australian and international lessons about how to fix the access and cost of the NDIS point towards less government control, not more.

Research shows if government starts with the assumption of trust that people with disability and their families act in their own interest, the process can be simpler. Before the NDIS, less bureaucratic forms of self-directed support with a lump-sum payment linked to goals demonstrated just that.

Read more: Understanding the NDIS: many eligible people with disabilities are likely to miss out

Already within the NDIS rules, NDIS self-managed plans are an example of less government involvement. When an NDIS participant is allocated funds they can choose from three ways to manage their funds:

1) a self-managed plan where they hold the funding themselves

3) NDIS agency-managed – where the funding is allocated to a registered service provider or the NDIA.

With appropriately designed funding packages, self-managed plans offer the highest level of flexibility and choice to select providers and control the budget and administration. Nearly a third of NDIS participants self-manage at least part of their plan so they can control what support they need and minimise the bureaucracy.

This approach means more decisions are made by the person, and less time is wasted waiting for government organisations to make decisions that may not even suit the person. The NDIS Act itself acknowledges entrusting people with their own plans can minimise government time and involvement.

The NDIS has brought positive change to the lives of people with disability and their families. The major parties’ NDIS policies will be an important factor in how these people vote come election day. But more important, is what the next government does once elected. A review co-designed with people with disability is a start, but implementing the recommendations from that, as well as past reviews, is essential.