Ironically, the most important outcome of improved defence ties with Indonesia may well be political rather than strategic, writes Alan Dupont. 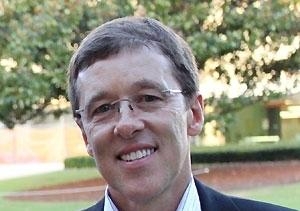 OPINION: More than a decade after the East Timor-induced rupture of Australia's strategic relationship with Indonesia, defence and security ties have staged a spectacular recovery if judged by the effusive comments of Australia's Defence and Foreign Ministers following their successful "two plus two" meetings with their counterparts in Jakarta last week.

This remarkable turnaround has been a decade in the making and fortunately rests on more substantial foundations than the last peak in relations during the heady days of the Suharto-Keating ascendancy. The most revealing indicator of the depth and intimacy of today's strategic relationship is the unprecedented level and frequency of senior-level contact between the foreign policy and defence elites of both countries.

There has also been a spike in defence exercises, military training and student exchanges, including innovations such as the establishment of an Indonesia-Australia Defence Alumni Association, which includes among its members more than 1000 serving members of the Indonesian armed forces.

During the 1990s, defence and security co-operation was largely driven by Australia, with Indonesia a willing but largely passive partner. There are encouraging signs, however, that Jakarta is becoming more proactive. A notable example is last week's first meeting of the Australia-Indonesia High Level Committee, an Indonesian initiative.

Our push for deeper strategic engagement with Indonesia is being driven by the realisation that Indonesia's geopolitical weight and influence in the Asian Century can only increase in consonance with the archipelagic nation's robust economic and population growth.

The US pivot to Asia has served to underline Indonesia's critical location at the maritime crossroads of the Indo-Pacific region. And the growing number and interconnectedness of bilateral issues is a persistent reminder that Australia's security and prosperity is inextricably linked with that of our northern neighbour.

Jakarta's motivations are more complex and ambiguous. Since Indonesia's independence we have been variously a friend, an irritant, an adversary and a partner. While Australia has historically looked north, often with trepidation as well as in hope, Indonesia has seldom looked south because of a preoccupation with nation building and its ASEAN neighbourhood.

But East Timor forced Indonesia to recognise that Australia has clout. For better or for worse, we matter. This has resulted in a more grounded and realistic understanding of the limits of the relationship and a mutual recognition that defence and security co-operation is the bedrock of a more sustainable and broadly based partnership.

None of this guarantees that Australia-Indonesia relations will not regress again. A failure to deal sensibly and co-operatively with Indonesia on people smuggling is the greatest immediate risk, especially if a Coalition government cannot persuade Jakarta to actively collaborate in turning back the boats.

Other dangers are that a major incident in Papua could strengthen activist demands in Australia to support Papuan independence, or that the election of a new president will usher in a more nationalistic period in Indonesian domestic politics, presenting formidable diplomatic challenges for Australia. This is more likely than not, since the three declared presidential candidates are less well disposed to Australia than the incumbent.

The latest opinion polls show former general and Suharto son-in-law, Prabowo Subiyanto, running neck and neck with ex-president Megawati Sukarnoputri and business tycoon Aburizal Bakrie. A Prabowo presidency would not be good news for Australia because of the resentment he feels over our intervention in East Timor, where he was implicated in human rights abuses.

Ironically, the most important outcome of improved defence ties may well be political rather than strategic, strengthening Australia's ability to risk-manage the relationship in more volatile times.

Alan Dupont is Professor of International Security at UNSW.