A parliamentary inquiry looking at hate crimes against LGBTIQ people could acknowledge injustices in how past cases were handled, and take steps to ensure better reporting mechanisms. 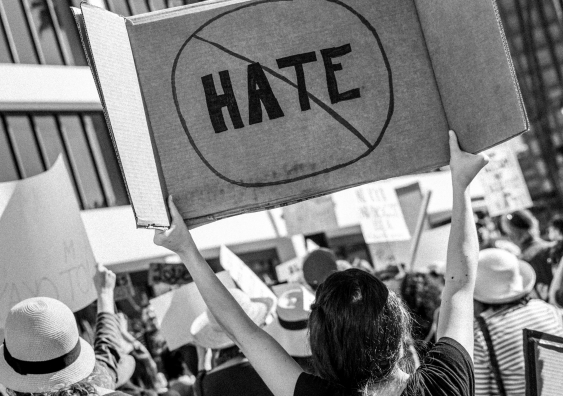 Hate crimes against LGBTIQ people are continuing, and many are reluctant to report them. But recommendations from a new inquiry could help. Photo by T. Chick McClure on Unsplash

Lessons learnt from a NSW parliamentary inquiry into hate crimes against Australia’s LGBTIQ community could change the way police and communities respond to complaints, and acknowledge the continued impact of past injustices.

The inquiry is the first of its kind in Australia to investigate both the scale of hate crimes against the LGBTIQ community and inadequate police responses. It was held because a growing body of research and community-driven activism pointed out the toll violence had taken, and continues to take, on LGBTIQ Australians.

Hearings into the handling of past hate crimes (between 1970 and 2010) concluded last month, with the inquiry due to report in 2019.

As well as the handling of these past cases, the inquiry is investigating matters including the impact of the now defunct “gay panic” defence. This provided an alleged “homosexual advance” was a partial defence to murder; South Australia is now the only state to maintain this defence.

This broad remit could lead to far-reaching and significant recommendations that acknowledge the problematic past policing of LGBTIQ communities. A consideration of responses to past violence against LGBTIQ people will provide a basic level of acknowledgement of past harms. It will also clarify the legacies of those experiences in relationships with police today.

The most well-known hate crime is the case of 27-year-old Scott Johnson, an American PhD student whose body was found naked at the bottom of North Head in Manly, Sydney, in 1988.

After 30 years of waiting and three coronial inquests, Johnson’s death, originally deemed a suicide, was finally recognised as a gay hate crime. The coroner found that Johnson was either pushed off the cliff or died trying to escape attackers.

NSW police have now offered a one million dollar reward for clues leading to the resolution of this cold case.

This year, the report In Pursuit of Truth and Justice, by health organisation ACON, drew together decades of research and community advocacy in investigating 88 historical hate crimes in NSW.

Like Johnson’s case, many of these crimes had been written off as accidental deaths or suicides. Months later, NSW police released the final report of Strike Force Parrabell, the internal investigation of police handling of these cases. Controversially, this reduced the number of deaths deemed hate crimes (it used different criteria).

Due to a history of problematic policing, the most effective means of obtaining a fuller picture of the past scale of hate crimes against the LGBTIQ community would be to call a Royal Commission, which would have the powers to conduct a full and independent investigation.

The police approach to LGBTIQ hate crimes is rooted in the historic criminalisation of male homosexual behaviours.

In the 1950s, as public awareness of homosexuality increased, NSW police intensified their policing of male homosexuality, especially at public meeting places and beats.

cancer in the community.

Delaney ramped up the use of the vice squad to target homosexuals, with tactics that were often alleged to include entrapment, falsifications of statements, blackmail and threats of violence.

It was not until 1984 that sex between males in NSW was decriminalised.

But decriminalisation did not immediately shift perceptions of all police officers or members of the public. Many people continued to be victims of homophobic and transphobic violence, and reporting offences brought stigma and vilification.

The establishment of the community reporting mechanism the Lesbian and Gay Anti-Violence Project in the 1990s was one way that advocacy groups tried to tackle distrust of police and the ongoing threat of violence. This project provided a safe place for gay and lesbian people to report offences and have them recorded without fear of encountering homophobia.

Since decriminalisation, NSW police have worked to re-build relationships with LGBTIQ communities through outreach programs, community visibility and participation, and the creation of the Gay and Lesbian Liaison Officer program.

Yet, continued distrust of police in LGBTIQ communities shows the long-standing effects of past practices and injustices, and their ongoing impact.

Most worryingly, Victorian research shows young LGBTIQ people are the least likely to report offences to police. More than half would not report a hate crime, fearing a homophobic or transphobic response. More said they would report to a LGBTI Liaison Officer.

The Australian community needs to work towards social and cultural change that will reduce violence against LGBTIQ people. Policing is an important part of this change.

The road ahead for achieving justice involves looking back to recognise and redress past wrongs and looking forward to create systems of safe reporting that work for marginalised communities.

One type of response in improving contemporary policing is unlikely to work for all, given the diversity of LGBTIQ communities. A variety of responses might focus on improving access to formal systems, including strengthening and better resourcing LGBTI police liaison programs to develop trust between police and LGBTIQ communities. It would also be helpful to implement third-party reporting mechanisms through which victims could report crimes in safe spaces, such as community organisations, instead of to police.

However, many people may prefer mechanisms for redress that do not involve the formal criminal justice system, such as restorative and transformative justice. These approaches are a process of victim and community restitution that involves perpetrators taking responsibility for their actions, recognising the harms done by violence, and changing their attitudes.

Finally, we need to aim for active interventions, including educational initiatives aimed at both the police and the broader public, that reduce the occurrence of homophobic and transphobic violence.

Ultimately, transforming the broader conditions that underpin and propel this violence will be the most significant way to achieve justice.

'Stay safe': Why women are enraged by advice to steer clear of violent men