The International Criminal Court is falling short on promises to prosecute sexual and gender-based violence, Professor Louise Chappell will argue in a public lecture on 9 October. 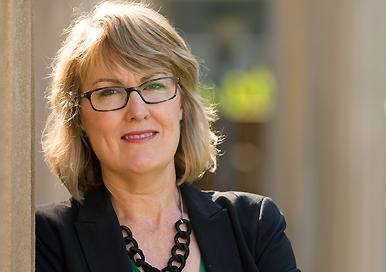 The International Criminal Court (ICC) is falling short on promises to prosecute sexual and gender-based violence, placing its legitimacy at risk, according to UNSW Professor Louise Chappell.

Professor Chappell will argue at next week’s UNSW So what? Lecture (Thursday, October 9) that the ICC’s authority is at stake, with not a single conviction for gender and sexual violence in the 12 years since its establishment on a mandate to protect women and girls.

“After the first decade of this poor prosecution record, having taken very little action around sexual violence, I think there are questions being raised by the gender justice community around the court’s legitimacy,” says Professor Chappell, from UNSW Arts and Social Sciences.

“The problem is ongoing gender legacies of the law — it’s not that people are opposed to addressing gender injustice but many don’t recognise there’s been a lot of silencing of acts of conflict-related sexual violence and a downgrading of the harm they create and that’s left big gaps in the law that need to be filled.”

Professor Chappell recently completed an Australian Research Council Future Fellowship project on gender justice at the ICC — the results of which will be published as a book by Oxford University Press in 2015.

She says inadequate evidence-gathering, prosecution inaction and judicial attitudes have all been barriers to progress, with “gender blindness” still evident despite 60 percent of the ICC’s bench being female.

“It’s not just the numbers that matter, it’s who those people are, and they have to be knowledgeable about sexual and gender-based violence,” she says.

Some of the judges who have tried to use the new rules of the ICC to better identify the harm of rape and other crimes against women used as deliberate acts of war are seen as “outliers or mavericks” for simply applying the statute.

“The Court’s gender justice rules are incredibly groundbreaking and if prosecutors and judges are willing to push at the boundaries a bit they can make a difference. But the attempts that have been made to use that law have so far been seen as very controversial.”

What: So what? Lecture - The Politics of International Gender Justice: Recognition and Resistance

Tribunal's ruling is real alternative to trial by vigilante