Of all the currency arrangements cited in the debate over the future of Scotland’s currency, the ones conspicuously missing are those closest to home, writes David Blaazer. 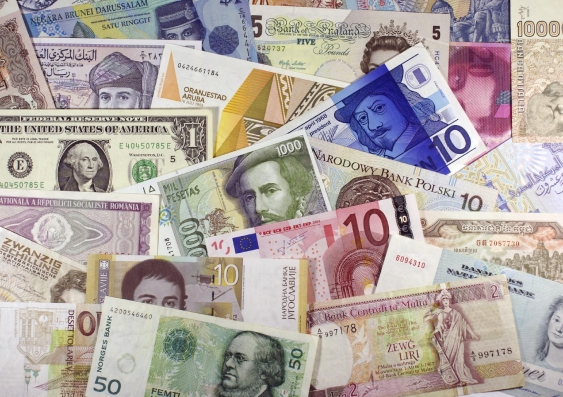 OPINION: Of all the currency arrangements cited in the debate over the future of Scotland’s currency, the ones conspicuously missing are those closest to home. While supporters and opponents of Scottish independence take turns to press Ecuador or Montenegro into service, or reflect on Germany’s or Greece’s fortunes in the eurozone, or even look to Norway as a possible currency partner for Scotland, there has been precious little discussion of the long and rich history of the web of currency relationships in the British isles.

Apart from a few glib references to the Anglo-Scottish union of 1707, there is silence on the monetary histories between the nations that have at various times formed part of the land mass.

In the lead-up to the Scottish independence referendum, this history is of much more than academic interest. By ignoring it we have allowed both sides of the debate to make claims which might seem plausible, but crumble at the first historically informed scrutiny. More importantly perhaps, it provides a useful example of how a partial currency separation can be achieved to the benefit of both parties, even after a political divorce far more bitter and ugly than anything that could possibly follow September 18.

Of the various claims in the current debate, the most superficially commonsensical is George Osborne’s statement: “A vote to leave the UK is also a vote to leave those monetary arrangements.” This amounts to an insistence that there is an irrefragable link between political sovereignty over Scotland and monetary union.

But while this might be a self-evident truth to eurosceptics, it has no basis in the history of the UK, or even of Britain. English kings and queens claimed sovereignty and exercised monetary power over Ireland for 600 years before the two countries’ currencies were united in 1826 – 25 years after the countries were united politically. Scotland too had a separate monetary system for most of the 104 years between regal and political union. During these periods all sorts of monetary arrangements came and went. A vote for Scottish independence will entail nothing about Scotland’s and England’s monetary relationship, except that it will need to be reconsidered, and choices will have to be made.

But the history also shows, unsurprisingly, that the important choices get made mostly by the powerful. So while Alex Salmond’s claim that England has no right to decide unilaterally whether Scotland can keep the pound might contain a glimmer of moral truth, history shows it to be meaningless – especially when we recognise that the union of the English and Scottish monetary systems in 1707 was much more a takeover than a merger.

Some might argue that none of this history has any bearing on the question at all. It belongs in another monetary epoch, before central banking, and before money took its modern form. But more recent history provides an episode that clearly is relevant to the current debate.

In 1926 the government of the new Irish Free State established its own separate currency, the Irish pound, which was anchored to sterling. Apart from a fairly small portion of currency issued on trust, every pound in circulation was backed ultimately by a deposit in the Bank of England of sterling banknotes or of British government bonds (which were the basis on which Bank of England notes themselves were issued).

This was neither monetary union nor complete monetary independence, but it was an arrangement that both sides agreed best served their interests: Ireland got a strong and stable currency; the UK suffered no loss to the international reach and prestige of sterling, and both sides avoided an increase in the cost of doing business with an important trading partner (something like 98% of Irish exports went to Great Britain or Northern Ireland – far higher than the circa 60% of current Scottish exports that go there).

This arrangement lasted until Ireland chose to join the European monetary system in 1978. In the meantime it gave the Irish government the freedom to make its own choices. At each of sterling’s numerous shocks, including going off the gold standard in 1931, devaluation in 1949 and 1967, and the IMF crisis in 1976, the Irish government decided, on balance, that Ireland’s interests would be served best by maintaining the sterling link. The British government also preferred to preserve it, even after Ireland became a republic in 1949.

The most striking thing about the arrangement was that it was implemented with the full agreement of the UK government and the active cooperation of the Bank of England, whose senior managers worked with the Irish currency commission to solve the many technical problems it raised; problems that were complicated enormously by the fact that many private Irish banks continued to issue notes on both sides of the new border. Despite the fact that the border itself remained a continuing source of tension and violence, and despite fresh memories of a bitterly fought guerrilla war, all parties set to work with reasonable goodwill to do what needed to be done.

If the churlish tone of the current debate is any guide, such practical problem-solving may, regrettably, prove to be beyond the current crop of political and monetary leaders on either side of the border. But people should be in no doubt that this is pure politics: there is no economic reason why something similar to the Irish arrangement could not be repeated for an independent Scotland.

David Blaazer is a Senior Lecturer in History at UNSW.