The world has replaced its contrition for the Jews with feelings of unease about past attitudes towards Muslims. And this new unease takes a strange form, writes Clive Kessler. 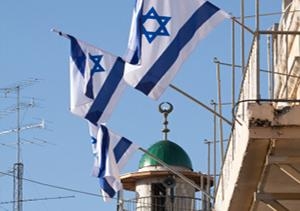 OPINION: For a while, for a quite brief period following World War II, the world – meaning in effect the West – had a bad, or uneasy, conscience about what it did to the Jews.

About its deep complicity in what, across centuries and culminating in the horrors of Auschwitz, happened to them.

That bad conscience expressed itself in sympathy towards Israel in 1948 and solidarity with Israel in 1967. Guilt was expressed through assurances of historical understanding; it was powerfully communicated by and symbolised in assurances of political support.

More recently the world, and again notably the West, also has learned – not unjustifiably, in the wake of the Crusades and all that ensued – to have a bad conscience, or to feel uneasy, about what had long been its attitudes towards Muslims. A new sensitivity has emerged about what happened in the course of centuries of rivalry and even confrontation between the West, in effect "post-Christian Christendom", and the world of Islam.

But this new unease takes a strange form.

They now regret their regret over their deeply troubled attitudes and actions towards Jews. They feel troubled by their recent sympathy and now pull back from what, for a while, they chose to do on the basis of that sympathy and how they expressed it, notably in the form of sympathy and support for Israel.

This more recent feeling of guilt about what they did on the basis of that rejection – or perhaps only a temporary suspension – of an old and habitual anti-Semitism now manifests itself in and as a repudiation of those mid-20th century feelings of guilt. Admission of complicity in what anti-Semitism yielded is now hedged, if not withdrawn.

The world, or much of it, now feels guilty about having felt guilty towards the Jews.

And, as psychological theory would suggest, it turns with redoubled resentment against the object of its former, recent sympathy.

How dare you make us feel guilty once more! You make yourselves hateful, and worthy objects of our hatred, by doing so!

Now, in place of that short-lived guilt over anti-Semitism, a new concern prevails. Powerful feelings of the obligation to denounce "Islamophobia" instead reign supreme.

That is the main form the new Western "post-Christian" unease takes, and the main way in which, culturally and politically, it is now expressed.

So, regardless and independent of the facts and merits of the case – the case itself is complex, and the facts eminently arguable – Palestine, the Palestinian cause and the Palestinians as embodiments of the new guilt that has to be acknowledged and expiated have become the beneficiaries of that deep shift of feelings of guilt. Of a major redirection of the expression of Western political sympathies.

If you now feel bad about Islam and Muslims, or feel that you ought to do so, then the Palestinians are the immediately available object for that new unease.

They readily embody what must now be acknowledged and regretted.

They offer themselves as a powerfully condensed symbol on which those new feelings of post-Crusades guilt and compensatory symbolic sympathy may now focus and become attached.

In short, across the past 30 or 40 years, at first gradually, but inexorably, the world has simply "fallen out of love" – or at least out of its former if temporary sympathy and empathy – with those always difficult Jews. Among the bizarre forms that it can take is a campaign against a chocolate outlet on an Australian university campus.

Clive Kessler is an emeritus professor of Sociology and Anthropology at UNSW.

Muslims must face history of Islam

Islamophobia as a moral bludgeon

A rage against history