Opinion It’ll be impossible to replace fossil fuels with renewables by 2050, unless we cut our energy consumption

Key to success will be transitioning to an ecologically sustainable economy, with greener technologies and industries. 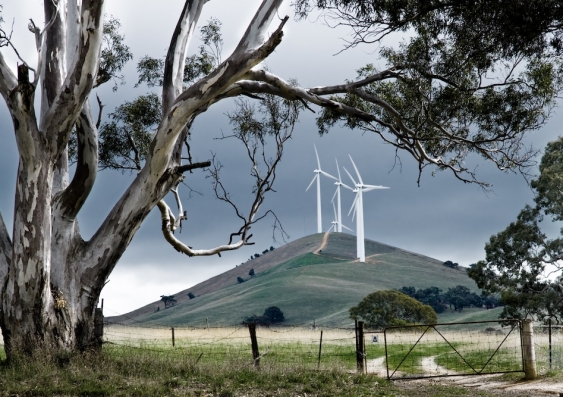 Energy consumption – whether it's heating your home, driving, oil refining or liquefying natural gas – is responsible for around 82% of Australia’s greenhouse gas emissions.

Unless Australia reduces its energy consumption, my recent study finds it’ll be almost impossible for renewable energy to replace fossil fuels by 2050. This is what’s required to reach our net-zero emissions target.

Yet, as the nation’s economy recovers from the pandemic, Australia’s energy consumption is likely to return to its pre-pandemic growth. The study identifies two principal justifications for reducing energy consumption (or “energy descent”):

Energy descent isn’t an impossible task. Indeed, in 1979, Australia’s total final energy consumption was about half that in 2021. Key to success will be transitioning to an ecologically sustainable, steady-state economy, with greener technologies and industries.

What’s slowing down growth in renewables?

To transition to sustainable energy, Australia must electrify transport and combustion heating, while replacing all fossil-fuelled electricity with energy efficiency and renewables, which are the cheapest energy technologies.

Renewables can be rolled out rapidly: wind and solar farms can be built in just a few years and residential rooftop solar can be installed in a single day.

But rapid growth in wind and solar is slowed by three critical infrastructural and institutional requirements of the electricity industry:

These take longer than building solar and wind farms and much longer than installing rooftop solar and batteries. Nevertheless, they could be fully implemented within a decade.

In fact, transitioning existing fossil-fuelled electricity generation, such as coal-fired power stations, to 100% renewables could possibly be completed by the early 2030s.

But optimistic calculations based on how quickly we can build solar and wind farms and their infrastructure ignore the fact that the growth of renewable electricity is limited by electricity demand.

When existing coal-fired power stations have been replaced by renewables, electricity demand will be determined by how rapidly we can electrify transport and combustion heating. These are the principal tasks that will limit the future growth rate of renewable electricity. They will likely be implemented slowly, despite the urgency of climate change.

Households and industries have big investments in petrol/diesel vehicles and combustion heating. They may be reluctant to replace these working technologies, without substantial government incentives.

So far, effective federal government policies are almost non-existent for transitioning transport and heating, which are together responsible for 38% of Australia’s emissions.

This month’s announcement of a future “consultation” on fleet fuel efficiency standards is the government’s tentative first step.

But, it was starting from a small base. This means its increase in energy production over that period was only slightly bigger than the growth of total final energy consumption – comprising electricity, transport and heating – which is still mostly fossil fuelled.

On the global scale, the situation is even worse. As a result of growth in total final energy consumption, the share of fossil fuels was the same in 2019 as in 2000: namely around 80%.

The challenge for renewable energy is like a runner trying to break a record while officials are striding away down the track with the finishing tape.

This situation is not the fault of renewable energy technologies. Nuclear energy, for example, would grow much more slowly and would take even longer to catch up with growing consumption.

In one of the scenarios I explore in my study, Australia’s total final energy consumption grows linearly at the pre-pandemic rate from 2021 to 2050. Then, renewable electricity would have to grow at 7.6 times its pre-pandemic rate to catch up by 2050.

Alternatively, if renewable electricity growth is exponential, it would have to double every 6.8 years until 2050.

Considering that future growth in renewable electricity will be limited by the rate of electrifying transport and combustion heating, both the required linear and exponential growth rates appear impossible.

Both the International Energy Agency and modelling done for the Intergovernmental Panel on Climate Change avoid the problem by assuming large-scale carbon dioxide capture and storage or directly capturing CO₂ from the air will become commercially available.

But relying on these unproven technologies is speculative and risky. Therefore, we need a Plan B: reducing our energy consumption.

My study shows if we could halve 2021 energy consumption by 2050, the transition may be possible. That is, if raw materials (such as lithium and other critical minerals) are available and local manufacturing could be greatly increased.

For example, if the total final energy consumption declines linearly and renewable electricity grows linearly, the latter would only have to grow at about three times its 2015–2019 rate to replace all fossil energy by 2050. For exponential growth, the doubling time is 9.4 years.

Improvements in energy efficiency would help, such as home insulation, efficient electrical appliances, and solar and heat pump hot water systems. However, the International Energy Agency shows such improvements will be unlikely to reduce demand sufficiently.

We need behavioural changes encouraged by socioeconomic policies, as well as technical.

To reduce our energy consumption, we would need public debate followed by policies to encourage greener technologies and industries, and to make socioeconomic changes.

This need not involve deprivation of key technologies, but rather a planned reduction to a sustainable level of prosperity.

This approach of providing universal basic services reduces the need for high incomes and its associated high consumption. As research in 2020 pointed out, the world’s wealthiest 40 million people are responsible for 14% of lifestyle-related greenhouse gas emissions.

And on a global scale, energy descent could be financed by the rich countries, including Australia. Most people would experience a better quality of life. Energy descent is a key part of the pathway to an ecologically sustainable, socially just society.