For decades, Australia has kept out migrant children with disabilities. Ruth Balint says it’s time we gave them protection instead. 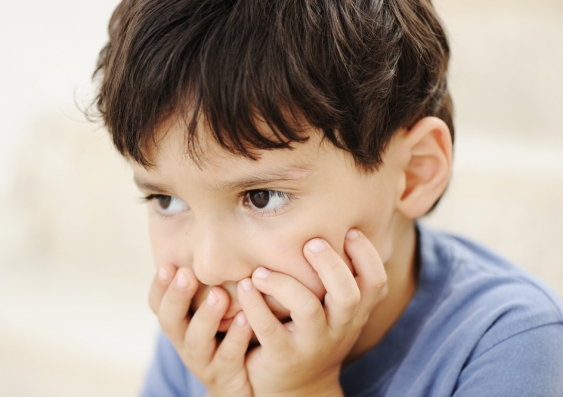 OPINION: Assistant Immigration Minister Alex Hawke recently intervened to allow a 16-year-old girl with autism spectrum disorder, who had been ordered to leave Australia, to stay in the country.

Sumaya Bhuiyan had been living in Australia for eight years, but was rejected for permanent residency in 2013. Her mother, a practising doctor in Sydney, told newspapers the immigration department had found Sumaya’s “moderate developmental delay” would be a burden to taxpayers.

This isn’t the first time a minister intervened to prevent deportation of a family who have a dependent with a disability. In 2015, a Bangladeshi couple – also two doctors – with an autistic son had their application to stay in Australia approved.

For two years the Banik family exhausted all other avenues against the rejection of their autistic son for permanent residency. Their only recourse was to appeal directly to the immigration minister to intervene on compassionate grounds. After a widespread public appeal, Peter Dutton decided to let them stay.

Australia’s immigration laws require migrants to be screened for medical conditions. This is to prove they will not be a “burden” on the community, specifically its health services. Children are most affected by this policy, as costs are calculated over a lifetime.

For someone found to be “burdensome”, the outcome isn’t always as positive as for Sumaya and the Baniks. A dozen or so families or their disabled members are deported from Australia every year.

Democracies have a long history of excluding people deemed undesirable as migrants. Those considered to have mental or physical disabilities are targeted most forcefully.

Australia has done little to ameliorate restrictions on disability in immigration policy. This is despite a 2010 parliamentary inquiry into the issue that recommended several changes to loosen them.

The chair of the Joint Standing Committee on Migration said at the time:

Australia needs a modern migration health assessment, with scope to positively recognise individual or overall family contributions to Australia and that takes into consideration development of contemporary medicine and social attitudes.

The Migration Act was amended in 1958 to remove restrictions based on race. But the health clause excluding people with disabilities remained. Despite ratifying the UN Convention on the Rights of Persons with Disabilities, the government ensured the Migration Act remained exempt from its own 1992 Disability Discrimination Act.

This means immigration is effectively quarantined from these national and international human rights instruments. The result is often that all able-bodied family members will receive permission to migrate to Australia, or gain permission to stay if they are already here, while a disabled child is refused. Families are either broken up or forced to leave.

The public has little awareness of this issue, due in part to the secrecy surrounding the formulation of migration criteria and policy.

The truly tragic dimensions of the issue were exposed most forcefully in the case of Sharaz Kiane in 2001. Kiane set himself on fire outside Parliament House in Canberra in protest of the government refusing him a visa. This seems to have been based on the fact his 10-year-old daughter had disabilities that required expensive medical treatment.

Kiane died of his injuries. An Ombudsman’s report described the history of Kiane’s case as “one of administrative ineptitude and of broken promises”.

A history of exclusion

My research has explored stories of families who gave up their disabled children in the period after the second world war. They often did this under duress to forge new lives in countries like Australia, the US and Canada.

They were known as Displaced Persons, mainly of eastern European origin. Most had survived Nazi concentration camps and forced labour schemes. Displaced Persons’ migration to the few western countries available for resettlement was complicated by the requirements of various migration schemes.

These were largely created to satisfy the labour demands of postwar economies. Physical fitness for manual work was the most important factor in assessing potential migrants for countries like Australia and Canada. Single, able-bodied men were therefore most desirable.

In family units, dependants were not allowed to outnumber breadwinners. Despite the proclaimed motives of rescue and humanitarianism towards Nazism’s victims, western migrant selection missions carefully checked each displaced person for traces of physical or mental damage. They excluded anyone who didn’t meet the strict requirements.

Many survivors of concentration camps and Nazi forced labour were rejected, as were the elderly and handicapped. A mass check of more than 100,000 displaced persons in 1948, for example, revealed half of them were still suffering from the effects of malnutrition and hardship.

Children who were disabled were also categorically rejected, often forcing parents with other children to make drastic decisions. Moral pressure by allied welfare workers to institutionalise disabled children contributed to children being left behind in Europe by families who emigrated.

The break-up of families is a relatively well-known consequence of Nazi Germany’s policies of forced labour, population transfers and liquidations. There has been far less recognition of the ways western governments furthered these separations through immigration policies that ignored postwar humanitarian ideals.

What now for Australia?

An irony is while Australia is actively excluding those classified as a burden because of their disability, it is disabling people by its policy of offshore detention.

As has been widely documented, children detained in Australia’s remote offshore detention centres suffer from sexual and physical assault. Some have self–harmed or threatened suicide.

Research also shows that children who spend time in immigration detention are often plagued by nightmares, anxiety, depression and poor concentration. They may suffer from post traumatic stress disorder for many years after the experience.

The protection of children is often hailed as the strongest evidence of a civilised society. This claim cannot, at present, be held by Australia if its most vulnerable members – children who are refugees and who might require first-world care because they are disabled – are being actively discriminated against in the name of an impoverished calculus of burden, cost and contribution.