Everyone deserves to be treated with dignity and respect, no matter their body size. 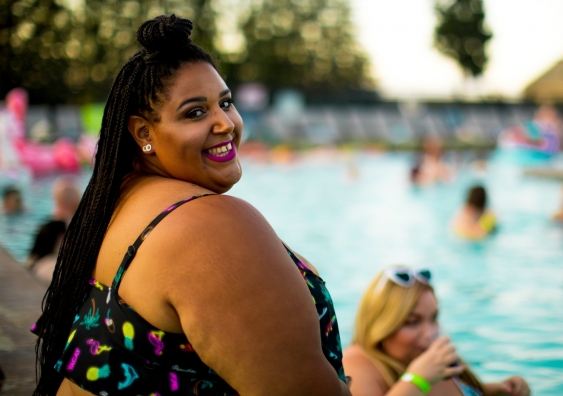 Cries about an 'obesity epidemic' need to, frankly, cool it. Photo: Unsplash.

Hands up if you’ve ever felt judged, or stared at, while eating out in public.

What about feeling worried about visiting the doctor out of fear the conversation will turn back to your weight – no matter what reason you go in for.

Shame and prejudice about body size can follow fat people around in all aspects of their life.

These criticisms can often be hidden in the guise of concern for one’s health (someone wanting to ‘help’), condescending weight loss slogans (like ‘inside every fat person is a thin person waiting to come out’), or even subtle, but pointed, comments about someone’s own food intake (‘No thanks, I’m being good’ or ‘Ugh, I feel so fat today’).

At other times, the stigma can be intentionally cruel or outright discrimination.

“A lot of people have such a visceral response to fat bodies,” says sociologist Deborah Lupton, a UNSW SHARP professor and author of the book Fat.

“Fatphobia is what people are demonstrating when they're treating fat people with disrespect, bullying and disgust. Fat stigma is the discrimination, marginalisation and shaming towards people with fatter bodies than the norm.”

Tonight, Prof. Lupton will be speaking about fatness on a new SBS documentary, What Do Australians Really Think About… Obesity, hosted by Casey Donovan.

The episode, which airs at 8:30pm on SBS and SBS On Demand, uses a national survey of around 2000 people to explore how stigma and prejudice impact the lives of bigger Australians.

Alarmingly, the survey found that 42 per cent of obese people have experienced harassment because of their weight.

“Body shaming, discrimination and stigmatisation often has real effects on people's lives,” says Prof. Lupton, who is based at UNSW’s Centre for Social Research in Health, the Social Policy Research Centre, and heads the Vitalities Lab. 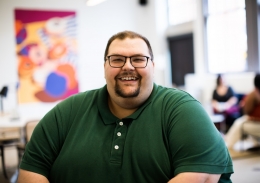 Missing out on job opportunities is just one of the ways weight stigma and discrimination impacts people's daily lives. Photo: Unsplash.

“There's a lot of research now to show that if other people see you as too fat, then you miss out on opportunities, like jobs. That kind of discrimination and shaming just goes on throughout people's lives.

“It even affects medical care. Fat people report that when they see their GP, their body size will often be brought up by the doctor, even if the health problem is completely unrelated.”

The term fat has been reclaimed by fat activists, many of which prefer the word to terms like ‘obese’ and ‘overweight’, which medicalise a person’s body. ‘Fat’ is seen as merely another physical descriptor, just like green eyes, short or brunette.

But for a long time, social and cultural norms have given moral value to a person’s weight: to be thin is seen to show discipline and self-control, to be fat shows weakness and self-indulgence.

To make this stigma worse, terms like ‘obesity crisis’ and ‘obesity epidemic’ can lead to a moral panic, encouraging fear and prejudice about fatness. But is this panic doing us any favours?

First, let’s take a closer look at what ‘obese’ even means. 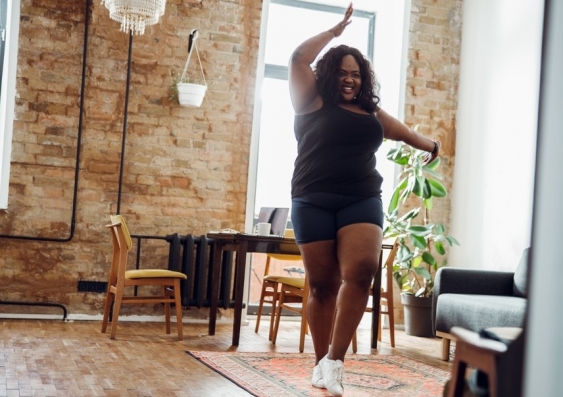 The relationship between weight and health is nowhere near as straightforward as the BMI seems to suggest. Photo: Shutterstock.

The standard way to categorise a person’s body weight as overweight or obese is by using the Body Mass Index, or BMI. This index uses a person’s weight and height to tell if they are in the healthy weight range.

But despite the measurement’s widespread use and acceptance, it has some major limitations.

“The BMI was devised back in the 1830s by a mathematician as a simple way of determining whether someone is a ‘healthy’ weight. It has no medical basis,” says Prof. Lupton.

“There’s been a lot of dispute over how accurate the BMI is and whether it is a good marker of whether you are at risk of any health issues. For one thing, BMI doesn't measure the level of fat in your body. It just measures your weight versus your height, so it’s a very crude marker.”

A very fit, muscular person – for example, an elite football player – could be placed in the overweight category, if they’re on the shorter side.

On the other hand, a very unfit person who regularly smokes, drinks and has a poor diet may have a BMI in the healthy range.

“BMI did a lot to shame people,” says Prof. Lupton. “It is very possible to be a thin person, or even an average size person, and still be a very unhealthy person – the relationship between weight and health is nowhere near as straightforward as the BMI seems to indicate.”

In Australia, two out of three people are considered overweight or obese according to the BMI. 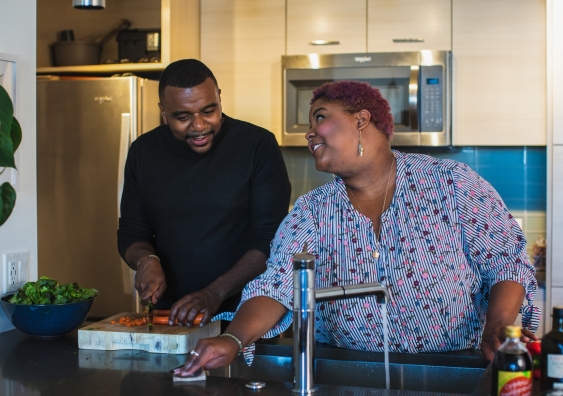 Eating well and being physically active are ways that every person – no matter their shape or size – can improve their health. Photo: Unsplash.

The turning point in the latest anti-obesity discourse happened during the late 1990s and early 2000s, says Prof. Lupton.

Peak health bodies like the World Health Organization started noticing rising levels of obesity based on BMI measurements. This sparked an onslaught of public health campaigns and news coverage in Australia and many other wealthy countries around the world.

“There were masses of news coverage about the so-called ‘obesity crisis’ and ‘obesity epidemic’,” says Prof. Lupton.

“They sent the message of, ‘Unless we all lose weight, we're going to be a burden on the health care system, get diseases like cancer and diabetes, and die early’.”

These news stories often included visuals of fat bodies with their heads cropped off, dubbed the ‘headless fatty’. These visuals can be dehumanising, rendering a person to nothing more than their body shape.

Many public health campaigns aimed for the shock-factor, making fat tissue – and by extension, fat people – look like a disease.

“These messages aim to make people feel disgusted and ashamed about their own bodies, which I believe is a highly unethical approach,” says Prof. Lupton, who has previously critiqued the ‘yuck factor’ in anti-obesity campaigns.

Many of these campaigns reinforce the idea that fat is always bad, and should be avoided at all costs. 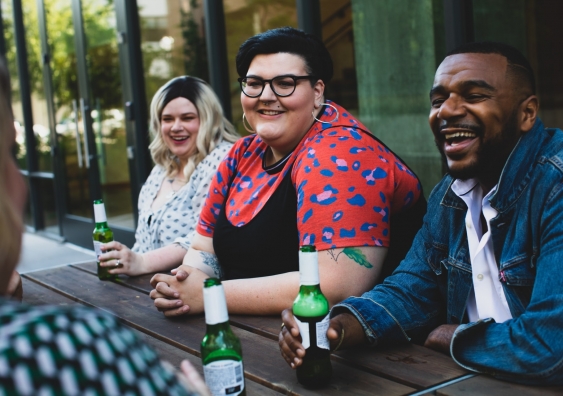 Being aware of your biases, recognising that health looks different for every person, and finding fat activists to follow are some ways you can avoid or reduce fat stigma. Photo: Unsplash.

According to Prof. Lupton, a key way to address fat stigma starts with these public health campaigns.

“It's a matter of giving positive messages about how everyone of any size can live a healthier life, without focusing on weight loss.”

Read more: Measuring up: this year, aim for fitness over fat loss for long-term success

Fat activists have gone a long way towards addressing fat stigma, says Prof. Lupton. Since the ‘obesity epidemic’ messaging started in the late 90s, fat activists have been contributing to public discourse and promoting body positivity.

“Fat activism and fat support networks can be really positive for people looking for that kind of peer support,” she says.

Rather than focusing purely on weight as the key to good health, Prof. Lupton recommends movements like Health at Every Size Australia for people looking to improve their health.

“Health at Every Size gives more positive and less extreme messages about how everyone can improve their health,” she says.

“People of any body size can be making a positive contribution to their health if they’re physically active or eating healthy foods.”

Fat stigma can be subtle, and many people can reinforce stereotypes without meaning to. An easy way to reduce this is by paying more attention to the message being sent out when saying things like ‘I feel fat today’ or ‘I’m having a cheat day’.

And importantly, people of all sizes can help reduce weight stigma by not making judgements about other people based on their bodies.

“You can’t tell from a person’s outside appearance how they feel about their bodies,” says Prof. Lupton.

“Whether they're fat, normatively thin, or in between, you just don't know the struggles that people have had over their eating and their body weight.”

What Do Australians Really Think About… Obesity airs at 8:30pm tonight on SBS and SBS On Demand.