The ­WikiLeaks and Snowden disclosures have been detrimental to the interests of the Western ­democracies, writes Alan Dupont. 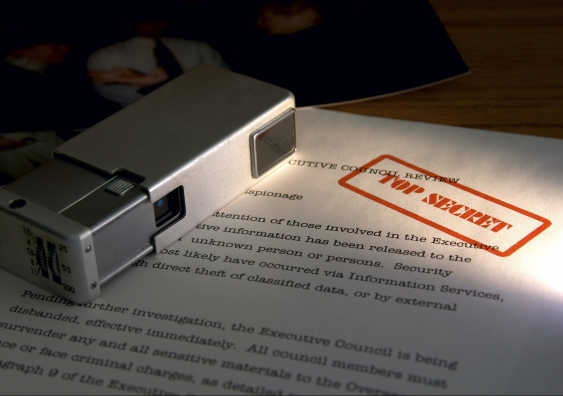 OPINION: WikiLeaks, led by the controversial Australian Julian Assange, is back in the news, accusing the US of spying on French President Francois Hollande and his two predecessors.

Meanwhile, from his Moscow hide-out American whistleblower and speaker of “truth” Edward Snowden continues to wreak damage on Western intelligence by drip-feeding journalists from the trove of 1.7 million secret documents he stole from his former employer, the US National Security Agency.

Both men justify their exposes by claiming the US and its UKUSA intelligence partners (Britain, Australia, Canada and New Zealand) are not only guilty of conducting mass surveillance of their citizens but are also the worst global ­offenders.

If true, then Assange and Snowden are doing us all a favour and the heroic status they have attained among their supporters is entirely warranted.

In reality, both men are guilty of a highly selective treatment of the intelligence universe they purport to reform, and of failing the key test of truth-seeking: a demonstrated capacity for impartiality and objectivity.

Both qualities are notably absent in the approach of Assange and Snowden to the complex moral, practical and legal issues surrounding surveillance and intelligence collection in an era of heightened national-security risk.

Despite the release of 61,000 diplomatic cables from the Saudi Arabian foreign ministry last month, overwhelmingly the ­WikiLeaks and Snowden disclosures have been detrimental to the interests of the Western ­democracies.

Assange and Snowden go to great lengths to highlight and excoriate the perceived iniquities of the UKUSA partners.

But they have virtually nothing to say about the intelligence and surveillance practices of the many authoritarian states and non-state actors who are essentially free of any legal or moral constraints and where notions of public accountability, if they exist at all, are more honoured in the breach.

More than 30 countries have a well-developed capacity to monitor their own people on a regular basis. Many do so in a far more intrusive and unrestrained way than would ever be possible in the US or Australia.

China’s “great firewall”, for example, is specifically designed and calibrated to impede the free flow of ideas and information as well as to monitor and intercept virtually all domestic communications at the whim of the government.

Iran and North Korea practise even more censorious forms of electronic surveillance over their citizens.

Are these not the mass surveillance states to which Assange and Snowden should direct their anger, rather than the West, where institutionalised checks and balances and a capacity for self-correction ensure that we don’t go down the Orwellian “Big Brother” path?

And what of Islamic State, al-Qa’ida and their bedfellows? Prolific and adept users of the internet for recruiting and propaganda, the idea of privacy is anathema to the collectivist, totalitarian world they promote.

Assange and Snowden are strangely silent on the excesses and serial abuses of privacy committed by the real Big Brothers of the internet age.

There is more than just a whiff of hypocrisy and partisanship in the sermonising of both that undermines their claim to speak the truth and their palpably false accusations that democracies, such as the US and Australia, are the worst offenders against civil ­liberties and privacy.

There is a very good reason we have not seen a Russian Snowden or a North Korean Assange.

Far from enjoying celebrity status, their certain fate would be arbitrary incarceration or an assassin’s bullet as neither Moscow nor Pyongyang would ever tolerate such a challenge to their control of information and power.

Yet Snowden continues to enjoy the protection of his Russian hosts, all the while maintaining the highly sensitive intel­ligence secrets he stole from the US government could not be compromised by the formidable Russian intelligence services because he knew how to protect them.

Last month the British government confirmed what had been long suspected in Western intelligence circles: Russia and China are in possession of all the ­secret documents taken by Snowden and have cracked their ­protective codes.

So much for Snowden’s misplaced confidence “that no intelligence service” could “com­pro­mise the secrets I continue to protect”.

By the admission of British Prime Minister David Cameron, this has been a serious blow to British intelligence operations in Russia and China. And there may well be consequences for Australia as well.

Perhaps the most serious of these is the compromise of advanced techniques and capabilities that are crucial to the competitive edge that the UKUSA partners have long enjoyed over other countries in intelligence collection and analysis.

As a fully paid-up member of this exclusive club, these capabilities are a vital element of our overall defence and national security system. Their loss is no trifling matter.

Rather than doing us all a favour, the reality is that the ­selective leaking of the intelligence and diplomatic secrets of liberal democracies has most advantaged illiberal states and terrorist groups.

Assange and Snowden have shed no light at all on their intelligence and surveillance activities that are pervasive, unconstrained by privacy or human rights considerations and designed to perpetuate the conditions Assange and Snowden rail against.

The spuriousness of their claims to be protecting privacy and civil liberties is surpassed only by the hubris and moral arrogance they display in their self-appointed roles as the guardians of truth and righteous behaviour.

In a democratic state, such judgments are properly left to the appointed institutions: the executive, legislature and ­judiciary.

Each must operate within a system of checks and balances; government determinations on privacy, surveillance and intelligence are ultimately subject to the laws of the land and the judgments of the people at an election.

Yet Assange and Snowden see themselves as the sole arbiters of such weighty and complex decisions in pursuit of an elusive truth only they are morally equipped to determine.

In an imperfect world, and despite their occasional mistakes and misjudgments, democratic governments still will deliver better privacy and national security outcomes than the Assanges and Snowdens of this world.

Alan Dupont is a professor of International Security at the UNSW and a non-resident fellow at the Lowy Institute.