Opinion Just what are you trying to pull?

Career networking is an immoral attempt to gain an illegitimate advantage over others, Ned Dobos argues. 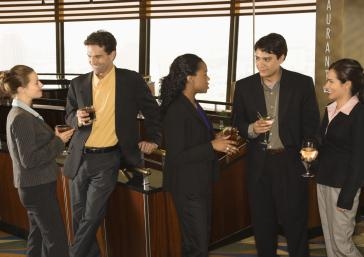 OPINION: Despite being ubiquitous in the public and private sectors, ''networking'' as a business or career-advancement strategy has largely escaped ethical scrutiny. Jonathan Schonsheck's essay ''Business friends'', which appeared over a decade ago, is a rare exception. Schonsheck was interested in whether networkers exploited one another as ''mere means'' or instruments. He therefore focused on whether the networker committed an injustice against the networkee. The objections that I raise to networking focus instead on whether the networker seeks to gain an illegitimate advantage over those outside of the network.

I am confining this discussion to career networking (rather than what is known as emotional networking, or plain old socialising). To be even more specific, I am focussed on networking aimed at increasing one's prospects of prevailing in a formal competitive selection process for a job in the future.

Either way, networking is an attempt to gain unfair advantage, and not the perfectly innocuous career-advancement strategy it is assumed to be.

Bribery, with a different currency

Let's begin with an uncontroversial assumption: jobs that are the objects of competition ought to be awarded on the basis of merit. That is, the job should go to whichever candidate is expected to fulfil its associated tasks most competently and efficiently - to be the most successful in the role and, thereby, to make the most valuable contributions to the organisation, all things considered. Typically, a number of factors will affect this equation: formal qualifications, experience, demonstrated work ethic, etc. Only such considerations, and only insofar as they are relevant to a candidate's suitability for the position he or she is competing for, may be taken into account.

Accordingly, an applicant should not be favoured or disfavoured because of considerations that have nothing to do with his or her relative merit. This is why we object to discrimination in employee selection; sex, racial identity, sexual preference, etc. have no bearing on a candidate's ability to do the job. It is also why we object to nepotism: favour based on family or friendship ties. The wrongness of paying bribes for jobs is also explained partly in these terms. When Andy bribes Barry to give him a job that many are competing for, Andy is trying to induce Barry to consider things other than merit when making a decision that ought to be based on merit alone. Whether or not the bribe succeeds, it is nevertheless an attempt to distort the meritocratic allocation of positions that justice demands, and this is why we object to it.

On one understanding of what networking is all about, it seems liable to a similar charge.

The ultimate goal of career networking is economic advantage. However, directly and overtly ''hunting'' this outcome - asking for jobs or references, proposing mutually beneficial exchanges, etc - is considered by most gurus to be a flawed strategy. ''Farming'' is the way to network ''like a pro'', according to Ivan Misner. The idea is to build a rapport with people who may be in a position to benefit your career in the future; to endear yourself to them and win their goodwill. These seeds will reap a bountiful harvest, so ''drop the gun, grab the plough'', Misner urges. Similar advice is found in Dale Carnegie's How to Win Friends and Influence People, described by one admirer as ''the timeless bible of networking''.

The main purpose of networking, on this view, is the ingratiation of the networker to the networkee. The effective career networker makes himself known to, and liked by, potential employers, selection panellists, etc. If all goes according to plan, these people will take their fondness for the networker into account when making decisions that affect his/her career. That is precisely the point. If those decisions include the awarding of jobs that are the objects of competition, the networker will have successfully garnered non-merit-based favour. And even if his efforts fall flat or backfire, he has nevertheless attempted to gain non-merit-based favour.

This is what Andy tried to pull when he bribed Barry for a job, and we condemned him for it. So should we not also condemn the networker?

All I have suggested so far is that career bribery and career networking have something in common. Both the briber and the networker are trying to get an advantage based on something other than merit, in a process where merit ought to be the only consideration in play. But obviously there are a number of differences between networking and bribery, the most salient being that the briber is seeking advantage by conferring benefits upon the relevant decision-makers. He is trying to buy something that should not be bought and sold. Or, more generally, he is trying to turn something that should not be the object of self-interested exchange into exactly that. The networker, by contrast, is not offering anything to his audience in return for favourable treatment.

Yet the dissimilarity may be exaggerated. Carnegie's advice to networkers has one guiding principle: make your audience feel interesting, important and accomplished - they will love you for it. If this is the idea, then plausibly the networker is providing something to his audience that he hopes will be repaid with favourable treatment: he is paying a ''psychic income'', to use economic parlance. He is offering an ego boost and a sense of self-satisfaction. The only difference, then, may be that the networker appeals to psychological interests, while the briber appeals to material ones.

But, for the sake of discussion, let's concede that the networker is not offering any benefits in exchange for favourable treatment. In this case, we can say something about career bribery that we cannot say about networking: it tries to corrupt its target in the sense that it induces the target to abuse his/her position for personal gain.

I think that while this compounds the wrongness of bribery, it does not solely constitute it. It makes bribery worse, but it is not the only thing that makes bribery bad. To illustrate, consider the following, admittedly farfetched scenario. Andy is applying for a job at Barry's factory. Andy has heard through the grapevine that Barry has a reputation for being shamefully nepotistic. After a long night browsing the ancestry.com website, Andy finds that there is some genealogical link between himself and Barry. Andy prints off the evidence and brings it to the interview in the hope it may engage Barry's nepotistic leanings. In this scenario, Andy is scheming to gain a non-merit-based advantage over other applicants, but he is not offering anything tangible to Barry in exchange for this. Still, I think we would rightly regard Andy's behaviour as morally unsavoury. The mere fact that he is trying to distort the meritocratic allocation of jobs seems to be bad enough.

I think this is the main reason we object to bribes-for-jobs: it involves an attempt to gain non-merit-based advantage in a process where there ought not to be non-merit-based advantage. Granted, there are other morally obnoxious features of bribery which only intensify our disapproval, but the primary source of our disapproval is that bribery runs contrary to our meritocratic ideals. This being the case, should we not object to networking on the very same grounds?

The earwigging of staff selection

Perhaps everything I have said so far is based on a fundamental mischaracterisation of networking. Perhaps the networker, rather than trying to foster and benefit from non-merit-based favouritism, is simply trying to show that he/she is in fact meritorious.

Merit is a somewhat elusive concept that admits of narrower and broader conceptions, but I am using the term loosely to encompass those capacities and attributes that make someone capable of carrying out a particular job. Formal qualifications count, but (depending on the job) so might social and communication skills, confidence, assertiveness and so on. The effective networker, one might argue, is putting these skills on display. Should he thereby impress his audience and be selected for jobs ahead of other candidates in future selection processes, he has achieved this by proving his merit, rather than by inducing the audience to consider things other than merit when deciding who to employ.

But even this more charitable understanding of networking raises ethical concerns. In other, adversarial contexts where winning involves impressing or persuading judges, and there is a formal process that gives competing parties a structured setting within which to do this, a competitor who tries to win the judges over outside of the formal process is considered to be seeking unfair advantage.

Take, for example, a barrister who phones her presiding judge outside of formal legal proceedings to continue her advocacy for a client or to discuss the substance or merits of a case. This practice, known as ''earwigging'', is regarded as a serious breach of legal ethics - contempt of court, in fact. The earwig might not be trying to introduce dubious considerations into the judge's mind, but we object to her actions nevertheless. We object simply because she refuses to compete within the parameters of the formal process that has been established to regulate the contest. Take beauty pageants as another example. Each contestant is allocated a certain amount of time on-stage to show off her brains, grace, poise and bleeding heart. A contestant who contacts judges off-stage, in an attempt to impress them a supplementary demonstration of these qualities, is seeking an unfair advantage even in the absence of a formal ban of such conduct.

Isn't networking to personnel selection what earwigging is to legal proceedings? Where a job is the object of competition, prevailing involves impressing a judge or judges. Typically, there is some formal process that gives competing parties a structured setting within which to do this. Usually it is the human resources division of the workplace advertising the position that devises and administers this process, and it is intended to ensure, among other things, fairness in personnel selection. This consists of a number of standards being met, one of most basic being the standard of consistency: all candidates are invited to submit the same application forms, sit the same tests, the same interview procedure of the same duration, and so on. The aim is to ensure that all applicants have an equal opportunity to demonstrate their merit.

The networker refuses to confine his competitive efforts to this formal framework. His strategy is to begin impressing prospective employers and selection panellists in advance of the official contest - to win points with the judges before the opening bell. The question is: if we agree there is something wrong with earwigging, for the reasons spelled out above, why should this judgment not carry over to networking?

Dr Ned Dobos is a Lecturer in Applied Ethics at UNSW Canberra and an Adjunct Fellow at the Centre for Applied Philosophy and Public Ethics.

This extract of his speech delivered at the Centre first appeared in The Canberra Times.