Opinion From the Karma Sutra to Tindr: sex and love in India

Australia’s current debate on marriage equality reminds us that sex and love are volatile subjects in every culture. So imagine writing about them in a country like India, writes Christopher Kremmer. 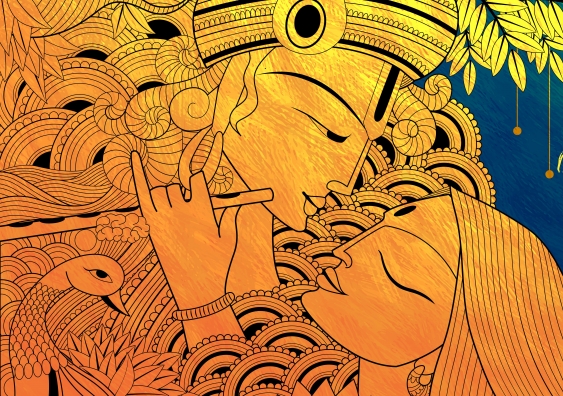 OPINION: Australia’s current debate on marriage equality reminds us that sex and love are volatile subjects in every culture. So imagine writing about them in a country like India, where every issue is enmeshed in both ancient social and religious customs, and transformative technological and economic change.

In 2014, Ira Trivedi, an India-born, U.S educated novelist and journalist—are there any novelists who are not both these days?—stepped into the arena with her non-fiction debut India in Love: Marriage in Sexuality in the 21st century. The way Trivedi tells it, India is in the midst of twin socio-economic and sexual revolutions.

Every minute of every day, 31 villagers migrate from the countryside to an Indian city. If current trends continue, 700 million people will shift over the next 40 years. When they arrive, their lives change. Not only does mobility weaken caste and class barriers, but also marriage and family ties. Add exposure to urban middle-class aspirations and mores, and the rapid spread of access to the web, and the seeds of a sexual revolution would appear to have been sown.

As writers never cease to remind us, India gave the world its first sex manual, the Kamasutra, and Trivedi details Hinduism’s celebration of sex and romantic love. The goddess Parvati’s suicide after her family disapproved of her phenomenal desire for Shiva, and his stunning vengeance on her father for interfering in love’s realm, is recalled today at peeths, or shrines, across the country. So too, sexual practices that awaken the kundalini, or life force by any means necessary, including adultery. Centuries of Islamic rule, and subsequent British colonialism, weren’t exactly encouraging of this kind of thing. The British also criminalized homosexuality in 1860.

Ironically, the freedom fighter Gandhi’s legacy—so progressive in so many ways—was also pretty prudish, reinforcing the anachronistic attitudes to gender and sexuality of the colonial rulers he helped oust. In this sense, an Indian sexual revolution, unlike a Western one, would reclaim a progressive past, not build it from scratch.

If Indian youth are as open to change as Trivedi maintains, the impact could be profound, because India is not just the world’s second most populous nation, but also demographically-speaking its youngest, with an average age of just 29. However, her claim that “the choices, freedom and experiences of the present generation” are radically different from all who have gone before seems little more than a reflection of what her own elite social circle can do and know. In my view, she, overemphasizes both the extent of the current “awakening” and the middle classes’ role it, which she says is driven by a desire to “fit in to a globalized world”. A strange reason for redefining one’s sexuality, I’d have thought.

What is true, and what Trivedi deserves credit for underlining, is that Indians are no strangers to the changing sexual mores affecting other parts of the world. It’s the depth of that engagement that, despite the author’s categorical conclusions, remains unclear. And as Trivedi herself acknowledges, the backlash against change is also powerful. The current Hindu Nationalist government has reduced financial support for AIDS prevention programs, and its Science minister is a strident opponent of sex education in schools.

Writing—even fluent prose like Trivedi’s—can only take us so far in understanding a society. Legal and legislative change might be surer guides.

In 2009, the powerful Delhi High Court ruled that the British prohibition of homosexual intercourse, which survives in Section 377 of the Indian Penal Code, violated fundamental rights guaranteed by the Indian Republic’s Constitution. However, four years later the ruling was set aside by the country’s Supreme Court.

In a possible harbinger of what might happen on marriage equality in Australia, the Congress Party MP Shashi Tharoor took up the fight in parliament, introducing a bill to decriminalise homosexuality. It was rejected 71 votes to 24.

India is a country much written about by outsiders, a legacy, perhaps, of European colonialism. But when it comes to writing about sex in India, being Indian probably helps. At the very least, nationalists who delight in decrying the views of outsiders are denied the parochial argument.

The benefits of local voices — even in the elite cadence of a foreign-educated Trivedi — go further, if the work of Western writers and journalists on sex in India is a guide. For decades, they’ve been fixated on quirky tales of bazaar-based sexologist-wallahs, and romanticised stories of Brit officers “gone native”.

Sex crimes in India have received blanket coverage in western media outlets. Yet India in Love appears not to have been published outside India. Could it be that we take a prurient interest in the failings of developing countries, but lack interest the social and economic contexts of their occurrence? Or that news gatekeepers are reluctant to carry positive news from developing countries?

India in Love is an example, I think, of several healthy trends. Firstly, that instead of joining the brain drain, “globalised” Indian writers educated abroad are returning to India and taking on controversial, tough to research subjects. Secondly, that unlike countries like Australia and the US, the relative health of print media in India continues to support a culture of serious journalism, and the non-fiction book projects that are so often a by-product of it.

It’s true that most of these affordances have to date been concentrated in India’s English language media, in other words, the privileged end of the socio-economic spectrum. One wonders what the Dalits, once known as Untouchables, make of all this. All perspectives, even those of outsiders, have potential value. The key to a healthy discourse lies in enlarging the chorus, rather than shutting down particular voices.