Opinion Kenny’s dog days are over – but is satire’s bark worse than its bite?

There's a good case to argue that columnist Chris Kenny would have been better served if he'd simply laughed off The Chaser skit that caused him so much offence, writes Mark Rolfe. 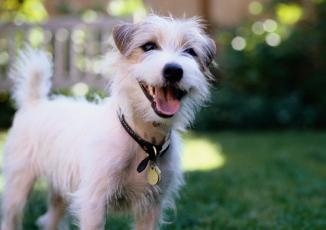 So sayeth – sort of – Justice Robert Beech-Jones in his judgment this week that there were “defamatory imputations” when The Chaser team broadcast an image of News Limited journalist Chris Kenny, digitally manipulated to make it look as if he was having sex with a dog.

Importantly, the judge said the skit did not convey that Kenny actually was “a pervert who had sex with a dog”. Even Kenny admitted that it was “a doctored picture, something fabricated”. So we weren’t to take the picture literally – but rather metaphorically, as a message about Kenny.

The Australian got it right with its headline this week: “Kenny doesn’t see the joke”. Kenny, who among other gigs is a columnist for The Australian, was quoted as saying: “I am yet to meet anyone who understood what was broadcast about me as a joke anyway, let alone someone who thought it was funny”.

As one might expect, the targets of satire don’t usually like to see the point of the attacks, unless they are politicians who are expected to publicly laugh at themselves. So George W. Bush had to put on a smiling face during Stephen Colbert’s audacious roast in 2006.

Instead of laughing along when the Chaser team turned their guns on journalists with a segment about “a panel of opinionated hacks”, Kenny took the skit out of its context and placed it in one much more comfortable for him. This was just another case of typical ABC leftwing bias – and worse, it was funded by taxpayers.

This partisan context allowed the great and the good of the right to express their opinions about the ABC. Former ABC chair Maurice Newman was invited by The Australian to comment. He weighed in heavily:

I think you’d find an overwhelming ­majority of thinking Australians would find it [the skit] offensive … I don’t believe that is befitting of the public broadcaster to have broadcast that. I don’t care whether it’s satire or whether it is shown at midnight, it’s just wrong. It’s tasteless and it doesn’t uphold standards of what the community expects. I mean, seriously, it is extraordinary. It’s unwarranted and unfounded.

Raising matters of taste is beside the point when satirists are aiming to cause offence. You know that when someone connects the word “befitting” and “it’s just wrong” and “community standards” (whatever they are) in the one sentence, they are trying to bolster their own sense of outrage by claiming the “silent majority” is standing behind them.

There were 200 complaints about the skit to the ABC. Only one was received in the first 36 hours after broadcast – and 200 after the skit was taken up by columnists.

To put that in context, in 2010-11 there were 1,786 complaints about the sound quality of the live broadcast of Tim Minchin vs the Sydney Symphony Orchestra. In that year of three elections there were 2,280 complaints of bias from both sides of the political spectrum.

So much for the “majority” – not that it is a means for creating satire anyway. Are satirists supposed to be cheerleaders for Team Australia or arbiters of taste?

Mark Scott stated when the sketch was broadcast: “Personally, I didn’t like it. I can understand Chris Kenny and his family being upset by it and I am sorry about that”.

Paul Barry on MediaWatch didn’t like it either. So much for an ABC conspiracy.

A delicate situation for the ABC

As CEO, Scott rightly stood back from interfering rather than acting as an editor. But as a result of the court case he was obliged by his responsibilities to intervene and apologise.

The added difficulty for him is the context of the Abbott Government’s expressed distaste for many events at the ABC and the projected budget cuts. Effectively, the right is demanding that he act in an interventionist manner for their pet political cause.

Nevertheless, in this apology Scott wrote:

At the time of broadcast, I described the skit as tasteless and undergraduate, but noted that it raised questions about the nature of satire and the boundaries of free speech afforded to satirists, comedians and cartoonists.

To put this differently, don’t we have the right to be satirical bigots in the eyes of others?

The Racial Discrimination Act may be a target for George Brandis and other campaigners for free speech – but defamation law reform is completely out of the picture. To Kenny and his defenders, the Chaser skit is a matter of taste, bias and reasonableness.

In line with this demand for reasonableness is the old criticism of satirists that they have malign motives. Accordingly, the Herald-Sun gleefully wallowed yesterday in the retribution with a front page headline that recast “Chaser” as an acronym for Conceited Hollow Arrogant Subsidised Egotistical Remorseless.

Furthermore, the more convenient political context of attacks on the ABC allowed the ideological warriors of the right to overlook the practice of the Chasers at every election to spray in all directions at political and media participants.

Satire and the law

Clearly, satire uses humour as a weapon of persuasion.

That is, it is aggressive and aims to get an audience laughing at someone with the clear intention of ridiculing them. Lest this be simply seen as malice, satirists have responded since at least the 18th century that they sniff out cant, hypocrisy, the unjust, the bullies, and so forth for the public good.

The barrister defending the ABC insisted there was no malice on the part of the Chasers – who merely wished to demonstrate that “he [Kenny] lacks credibility as a pundit when he attacks the ABC”.

That claim is likely to appeal to those who already dislike Kenny. In other words, satire can often be less about moral or social reform and more about preaching to the converted.

Australia’s first defamation case had many similarities to the Kenny case. Then too, the personal was an immediate means for ridicule.

In 1843 the editor of the newspaper The Satirist and Sporting Chronicle declared in the first edition that his purpose was to expose and repress:

humbug, either judicial, magisterial or political … and though satire is to be the weapon which we shall fearlessly yield – let it be remembered we shall at all times strive to steer clear of PERSONAL SCURRILITY (sic). Our pages shall never be made the channel of private resentment.

Despite such assurances, that wasn’t quite the case. The editor was sued by a politician for writing that his pockmarked face was due to “the commission of sin in early life and the effects of mercury”. Sex and other bodily functions – the more disgusting the better – have always been used to bring down those at the top of the political tree.

The editor was charged and gaoled for editing an obscene publication. He could not get legal representation because the great and the good of the colony closed ranks against this “worthless fellow” who, according to them, raked “up the faults and frailties of individuals with a view to extort money, and to shock the decorum and undermine the sociality of the community”.

The reactions of the worthies then and now were pretty much the same.

So we can now say that Kenny is not a “dog f.ker” [sic]. I use that last noun for it was quoted again by The Australian in its coverage this week. Despite all the outrage, the newspaper still uses this lewd term rather than some more modest euphemism such as the Sydney Morning Herald’s “sex with dog joke”.

Thus, the association of Kenny and dog f.ker may last longer than he wishes. Maybe he should have laughed it off as Mark Scott did yesterday when Julian Morrow tweeted a picture of him humping a hamster.