Opinion In Labor's death throes, Gillard might remake our politics

Labor might lose the next election, but it could radically remake the political landscape as it tries to save itself, writes Lindy Edwards. 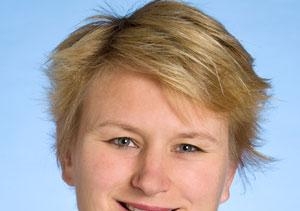 OPINION: The PM is using a strategy not seen in politics for a generation. Tuesday's budget was much more interesting than first appears. It was deeply political. But in the best sense of the word.Julia Gillard is trying to combat the electorate's distaste for the current political scrap and its distrust of her in an unexpected way. She is trying to prove she stands for something.

Her strategy is to do something we haven't seen in Australian politics for a generation. She is trying to highlight the values differences between the major parties. After years of both major parties trying to claim the safe middle ground, she is trying to turn the political debate in to a question of political ideology.

It always sounds archaic when Labor staffers refer to the Coalition as Tories, but behind the scenes the ideological divide between the parties is real enough. It is a debate about how equal our society should be and whether we should redistribute wealth to achieve it.

If you dig deeper, it is also about questions of where the rich-poor divide comes from: Is it just about hard work? Or is it because it takes money to make money, and those that start at the bottom of the pile face a much harder climb?

We haven't seen this debate on centre stage of Australian politics for 30 years. But Gillard is trying to reopen it and position herself clearly on one side of the argument. The headline budget cuts hit the wealthy, and all the spends were to the bottom end. It was a clearly redistributive budget aimed at articulating traditional Labor values.

Commentary on the budget that has described the spending as electoral sweeteners has missed the point. Of course it is trying to position itself for the election. But what it is trying to do is a lot more than hoping that a few hundred dollars is going to turn around the people's disillusionment.

Labor is trying to prove that it is not just cynical machine men, and it does still have an ethical core, a mission and raison d'etre. Its message is that it might have a ''whatever it takes'' attitude to winning power, but there is also a values base in what it does with that power.

Arguably, this turn in the political debate is a sign of how much trouble Labor is in. It is no longer trying to win over a majority and targeting the middle of the road swinging voters. It is trying to regain the confidence of its traditional base, and convince its core supporters that it hasn't lost its Labor heart.

But irrespective of the reasons, any interested observer in Australian politics should applaud the return to debating values and ideas. It is a breath of fresh air to debate about the kind of society we want to become. Particularly if the parties are prepared to articulate their ideas with actions.

Historically, this may end up being seen as a turning point. Australian politics shifted dramatically to the right in the 1980s, when the Hawke-Keating government embraced its free-market mantra. As they stole the ground of reforming liberals, they pushed the Liberal Party further to the right and into the embrace of neo-conservatism.

Now, as Labor scrambles to consolidate its base, we might see the debate begin to shift back left again. It has been years since a major political party took up the argument that the business elites abuse their power. But as the billionaire miners frolic in the riches of the boom and the rest of the economy slides into downturn, this argument is going to get easier to make.

As Gillard zeroes in on her working class base, she looks set to return to the Labor arguments of old. In the process, she may find that the arguments have a deeper resonance and get a wider traction than expected. The centre of Australian politics might be about to migrate left.

Labor is destined to lose the next election. But it might radically remake the political landscape as it tries to save itself.

Dr Lindy Edwards is a political scientist at the University of New South Wales and author of the forthcoming book The Passion of Politics: the role of Ideology and Political Theory in Australia.

This article first appeared in The Age.