Opinion Land of the ‘fair go’ no more: wealth in Australia is becoming more unequal

Australia is not more equal than most other comparable rich countries, and its wealth inequality is growing, write Christopher Sheil and Frank Stilwell. 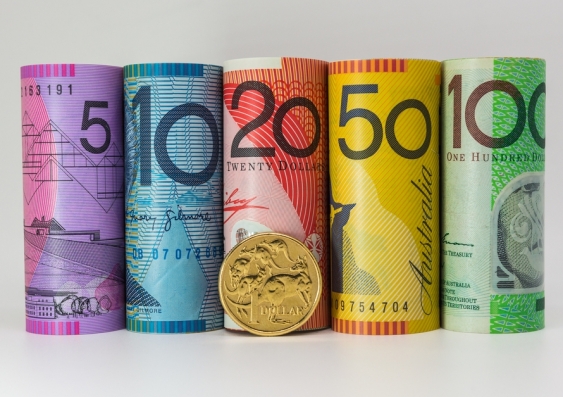 OPINION: Australians often pride themselves on living in the land of the “fair go”. However, the available evidence shows the distribution of wealth in this country is no more egalitarian than the average for the OECD countries.

In fact, depending on how wealth is measured, Australia may have above average inequality in wealth distribution.

Most think of inequality in terms of income differences between rich and poor people. But even more fundamental are the differences in the value of the assets that people own. It is the presence (or absence) of this accumulated wealth that determines people’s social position and their opportunities in life; who gets what depends substantially on who owns what.

Until recently, we have known very little about wealth inequalities. The last official national census of wealth in Australia was 101 years ago.

In recent years, however, international data compiled by the OECD and political economist Thomas Piketty’s research have provided a better basis for seeing how Australia compares with other nations.

A new report by the Evatt Foundation marshals the existing evidence on wealth in Australia.

As you would expect, Australia as a whole has become much wealthier since 1970: the total stock of capital has grown twice as fast as national income during the decades since then.

But what is more striking is the marked increase in wealth inequality over the same time. We have become collectively richer but much more unequal.

A reasonable estimate is that, currently, the poorest 40% of Australian households effectively have no wealth at all: about half of them actually have negative net wealth because of their personal debts. At the opposite pole, the wealthiest 10% have more than half the nation’s total household wealth. The top 1% alone have at least 15% of the total wealth.

This affluent elite is getting cumulatively richer – not only when compared with poor households but also, significantly, relative to the middle 50% of households.

Two faultlines are widening. One is between the bottom 40% and the rest, and the other is between the top 10% and the 50% in the middle. The latter division is ultimately explosive, since it indicates that the broad Australian middle class is getting a shrinking share of the fruits of economic progress.

How does Australia measure up internationally?

Compared with the 16 other OECD countries for which comparable data exists, Australia looks slightly more egalitarian than average if all forms of wealth are included.

However, this is largely because of ownership of household durables, such as clothing, furniture, appliances and cars. The household durables represent 12% of our wealth compared with the OECD average of 7.7%.

There are many reasons why durables should be excluded to improve comparability. The national accounts, for example, excludes durables from the aggregate household balance sheet. Piketty’s analysis also excludes durables. Australia’s HILDA survey excludes all durables except cars.

The Evatt Foundation report shows that if we also exclude durables from the OECD wealth data, Australia’s top 10% of households own about the same wealth share as their counterparts in France, Norway and Canada. The only rich countries that are clearly less egalitarian than Australia are Austria, the Netherlands, Germany and the US.

What does this mean for politicians?

Ultimately, the case for Australian egalitarian exceptionalism is weak. Australia is not more equal than most other comparable rich countries, and its wealth inequality is growing.

Dealing with this situation is perhaps the biggest challenge facing our political leaders today, although you might not get this sentiment from the victors’ public statements in the recent election.

Other recurrent political economic stresses need attention – most obviously, climate change, financial instability and job insecurity. But these challenges are interlinked, and they all need managing in relation to economic inequality. If the policies are not equitable, they will not be sustainable.

An emphasis on narrowing wealth inequality needs to be present in all public policies. These range from pensions and superannuation to disability services, housing provision, transport, regional policies and taxation.

Unless this integrated approach is taken, the cherished belief in a “fair go” will be a dwindling feature of life in Australia. The evidence suggests it is already disappearing.

Christopher Sheil is a Visiting Fellow in History, UNSW, and Frank Stilwell is an Emeritus Professor, Department of Political Economy, University of Sydney