One of the most disturbing parts of the current discussion of schools is the growing assumption that public schools are woefully underfunded and inadequate, writes Cathy Sherry. 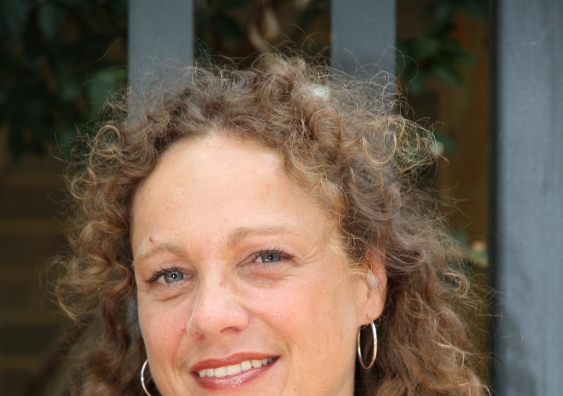 OPINION: One of the most disturbing parts of the current discussion of schools is the growing assumption that public schools are woefully underfunded and inadequate.

This perception is often fuelled by a well-meaning media, wanting to bring attention to inequity in education. But the unfortunate result is that parents think, "It would be great to send the kids to the local school, but I'm not going to make my child a sacrificial lamb on the altar of public education." So they send their child to a private school, Catholic or otherwise, assuming they will receive a superior service.

When one of my kids went to an elite, very expensive private school, I was shocked. The standard of education was average, to say the least.

The level they were teaching at in year 7 was below the level at which our local comprehensive public primary school was teaching in year 6.

Because I work at the other end of the education system, I am not too worried by what happens in early high school. There is, after all, a long way to go.

But after two years of watching the implementation of educational decisions that seemed nothing short of incompetent, I had had enough. I went to our local public school to arrange a transfer.

The deputy principal was like manna from heaven - professional, straightforward and competent, like every other public school teacher I have since dealt with.

I am sure there are bad teachers in the public system, just like there are bad employees in any large organisation, but at the four public primary and high schools my kids have attended, I have not met a single one.

A consistent insinuation in school funding discussions is that private schools, being able to choose their own staff, have better quality teachers.

But what I saw in the private system were some teachers who I suspected had been chosen for their commitment to the school's religious values, which did not translate into good teaching. Enforcing the "values" and "standards" of the school certainly took up an inordinate amount of time and energy, at the expense of real academic achievement.

Ironically, given the current enthusiasm for values in private schools, one of the best things about escaping the private system was liberation from this mantra. We need schools to teach our children the curriculum, not to raise them. When it comes to teaching them right from wrong, dressing appropriately, using social media safely, or making sure they are not running off the rails, that is our job. We make mistakes, but like the vast majority of parents, we manage.

At the private school we were inundated with newsletters about drugs and mental health, the perils of Facebook and mobile phones. Most of it was sensible and well-meaning, but it fostered the impression that the only thing standing between teenagers and the slippery slope into drug addiction and oblivion was the wisdom of the independent school.

In reality, thousands of teenagers make it into adulthood every year, socially and morally functional, without their parents having spent tens of thousands of dollars on school fees. As a university lecturer, I have taught hundreds of them.

If parents think they can isolate their children from others with problem behaviours by sending them to a private school, then they've never been to a private school. In the affluent suburb where I grew up, the troubled teenagers had two identifying characteristics: drugs or alcohol and private schooling.

Of course it wasn't their schools' fault they had drug or alcohol problems; if it was anyone's, it was their parents' - parents who were much freer with their money than their time. But just as a private school cannot take the blame for kids who use drugs or alcohol, it cannot take credit for those who do not. The credit belongs to the child and their family. The same goes for public schools.

People have begun to have wildly unrealistic ideas about the effect of schools, both negative and positive. A child's family and the characteristics they were born with are much more significant predictors of success than a school. The stellar results of selective public schools, which draw their staff from exactly the same pool as non-selective government schools, are proof of that.

If a child comes from a deeply dysfunctional home, no school - private or public - can fix that. They can respond professionally and sensitively, and seek assistance where appropriate, but if the child does not excel, it does not mean that the school is an educational failure. To hold a high school maths teacher or even a principal responsible for the serious difficulties that some children are in by age 16 is as irrational as it is unfair.

In contrast, if a child comes from a family that is coping or thriving, with parents who value education, they are probably going to be fine no matter where they go to school.

Well-intended as it may be, our current obsession with the challenges of public schooling runs the risk of permanently damaging our very good secular public education system. It is a system that remains superior to the private system in many ways.

Focusing on the public system's challenges, while ignoring its manifold successes, will make the discussion of the alleged demise of public education a self-fulfilling prophecy.

Cathy Sherry is a senior lecturer in UNSW's Faculty of Law

PhD students need support at the best of the times. How can you help in a pandemic?